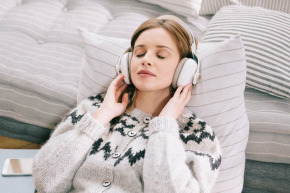 Can This App Read Your Brainwaves And Train Your Brain To Relax?
By Alexandra Ossola

Can This App Read Your Brainwaves And Train Your Brain To Relax?

A Kickstarter product promises de-stress with science. Can it deliver? 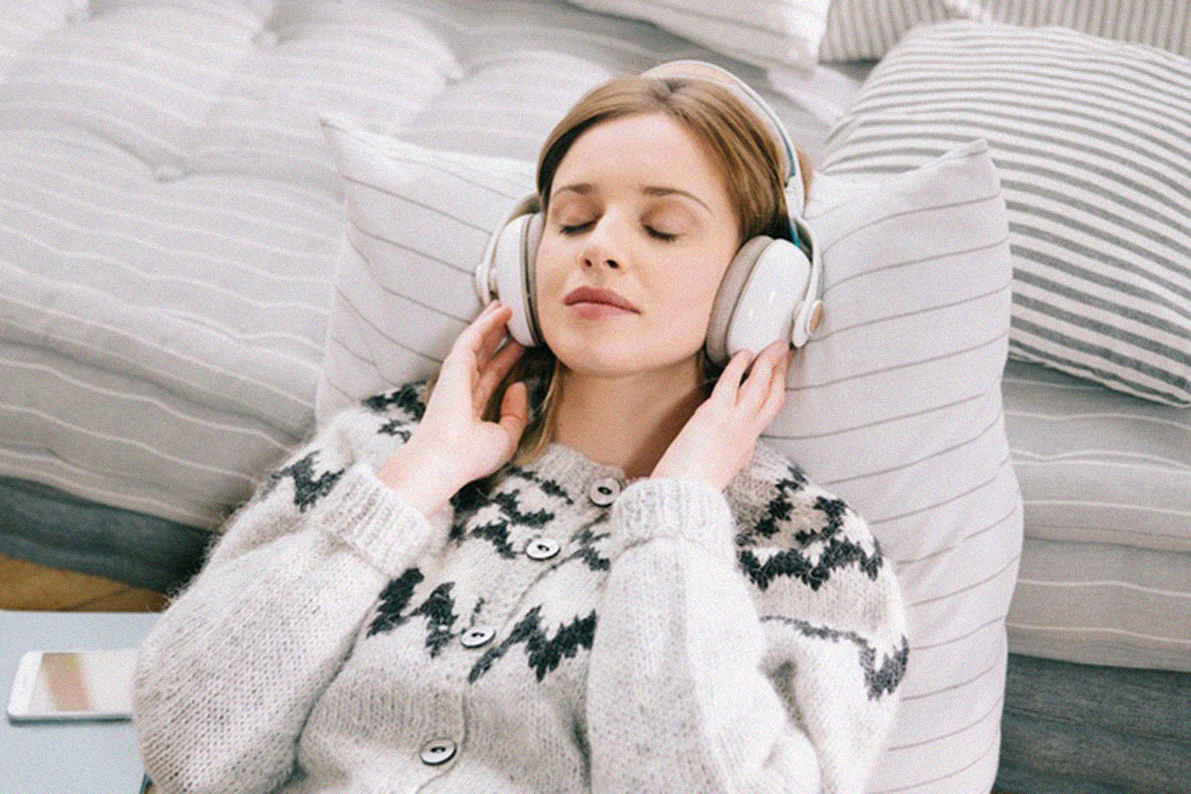 All of us could stand to relax a bit. A 2012 survey-based study concluded that people are more stressed today than they were in the 1980s and early 2000s. That can lead to psychological issues such as depression and anxiety, as well as physical problems in the muscles, heart, liver, stomach, nervous system and reproductive system. Now, a new app is promising to help chill us out.

It’s called Melomind and it consists of headphones, equipped with sensors that pick up brainwaves called EEGs, connected via bluetooth to an app on any smartphone. As soothing music plays in the headphones, the sensors send EEG data back to the app, helping the user track her progress towards relaxation. In a series of relaxation sessions, users listen to the music and conduct mental relaxation exercises, prompted by a soothing voiceover. Looking at the screen, users can see how well they are relaxing based on real-time EEG readings. Over time, the device is supposed to help users “train their brains” to relax.

On Kickstarter, the founders have raised more than $140,000 to date, almost triple their $56,000 goal. But can the device follow through on its lofty promises?

To look at Melomind’s Kickstarter page, you’d think theirs is the only way to do it. The page is decked out with expensive marketing, videos shot with a whitish glow only afforded by high production values. It’s got explanatory gifs, demonstrations, photos of happy people using the device, and a 3D interactive.

But that can’t totally explain the device’s popularity with backers. “[In] all parts of the community, people are happy to find a solution to work with stress,” says Yohan Attal, one of the co-founders of MyBrain Technologies, which designed Melomind. “Second, we made a solution that is integrated in something that people are using every day—headphones. It’s not a strange thing [to use them].”

The founders’ scientific credentials, too, are impressive: both Attal and his co-founder, Thibaud Dumas, have PhDs in neuroscience. Attal says the device’s two EEG sensors were designed to sit over the parietal region, which processes sensory information and plays a role in relaxation, according to previous studies.

Gaelle Desbordes, a neuroscientist at the Martinos Center for Biomedical Imaging at Massachusetts General Hospital who did not work on Melomind, notes that Melomind is the most recent in a series of biofeedback devices that seem attractive to consumers. “As a whole, these feedback devices are a big fad these days,” she says. “Everyone wants to relax … The appeal of these devices is the technology side. It makes it sound scientific, whether it is or not. It has a coolness factor. The fact that it’s a Kickstarter project is also cool in that way.”

But Desbordes isn’t totally sold on the science because the collected data might not be reliable. Melomind is clearly measuring something with its two EEG sensors, she says, but only two sensors means that data will be quite limited. Plus, because the sensors’ placement can be different for each person and each time the headphones are worn, the data could vary dramatically between individuals and across different sessions, she says.

Attal retorts that EEG is quite reliable across people. Certain types of brain waves are always within a certain frequency—alpha waves, for example, are reliably between about eight and 12 hertz. That’s the advantage of using EEG to measure relaxation, as opposed to other physiological metrics such as heart rate variability (how much heart rate changes over time). But each person is a little different, which is why Melomind includes a calibration session to establish a baseline measurement before users get into the training sessions.

Desbordes’ also isn’t convinced that Melomind can “train your brain” to become better at relaxation. “That to me seems a little preposterous,” she says. Attal claims that this biofeedback element is what makes Melomind different from other relaxation tools or meditation apps out there, but there isn’t yet any data from a randomized controlled trial to back that up. That kind of data would also be useful to make sure that Melomind was making users feel relaxed for the reasons that its manufacturers claim—the training and biofeedback—as opposed to just placebo. “Maybe that nice music is just very relaxing,” Desbordes says.

Attal and his colleagues plan to soon evaluate Melomind in a clinical trial at Pitié-Salpêtrière Hospital, where Attal and Dumas first met. “The main purpose of the clinical trial is to better understand how to assess the effect of the session,” Attal says—in other words, to verify that Melomind works as they believe it does.

Without that data from an independent, randomized controlled trial, there’s no way to verify that Melomind works the way its creators claim. “If people want to try this device, why not. But I think the scientific evidence for its claims for enduring stress reduction and training your brain are really not warranted by scientific evidence at this point,” Desbordes says.

Until that happens (and keeping in mind that this is a Kickstarter campaign, which means delivery of the goods isn’t guaranteed), it might be safer to relax with methods that are already known to relieve stress, such as meditation or exercise. Those solutions aren’t as high-tech or as quick a fix necessarily, but at least they’re all but guaranteed to relieve stress.

This piece originally misspelled Gaelle Desbordes’ last name. It has been corrected.