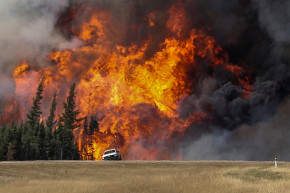 An internet-fueled charity drive, a group of friendly truckers, and the kindness of strangers 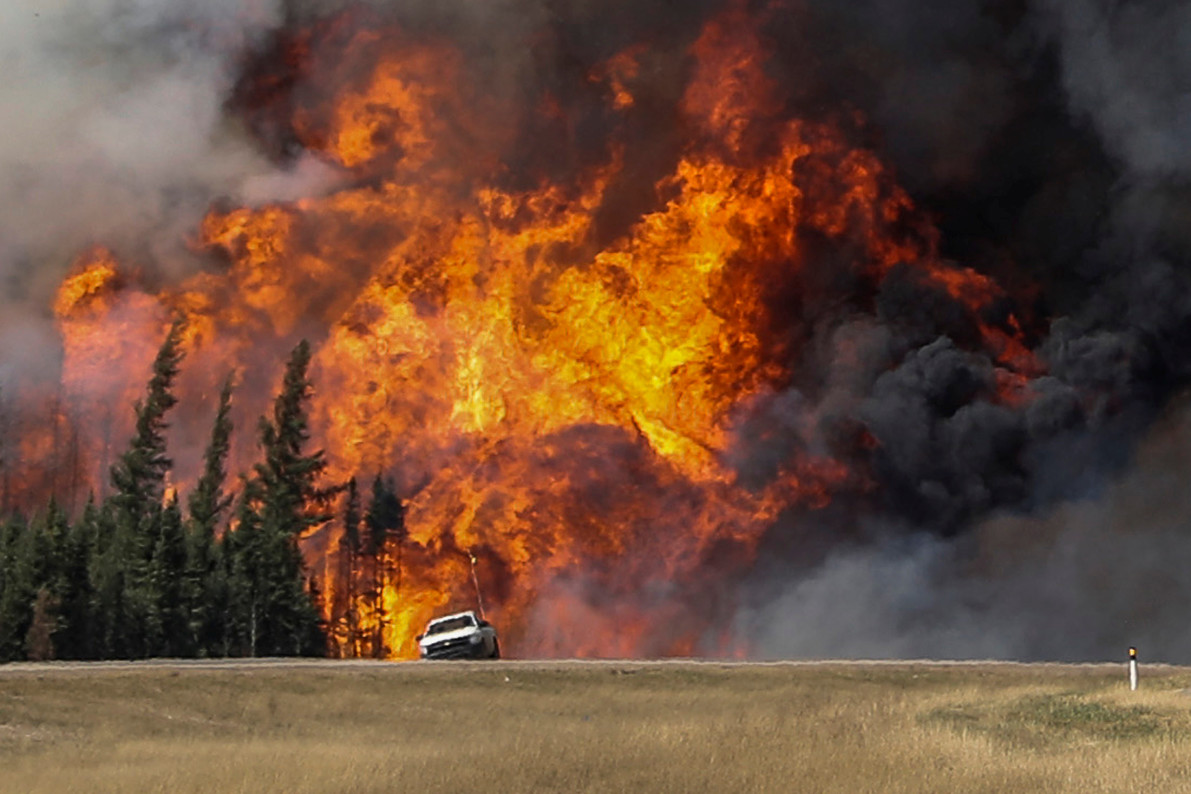 Flames have raged in Alberta, Canada for over a week — REUTERS
By Shane Dixon Kavanaugh and Jacob Steinblatt
May 09, 2016 at 5:16 PM ET

When Gordon Van Laerhoven first saw the walls of flame raging in and around the evacuated city of Fort McMurray on TV last week, he knew he’d be in it for the long haul. A commercial truck driver from Chilliwack, British Columbia, he lived hundreds of miles from the massive wildfire that was consuming the center of Canada’s oil sands region and forcing nearly 90,000 people to flee their homes. But he couldn’t stand idle.

“I knew just one person in Fort McMurray, I had no family or friends there,” said Van Laerhoven, who is 31. “Still, I wanted to do something to help these guys.”

On Friday evening, less than 48 hours later, Van Laerhoven and a group of friends were off, in four semi-trucks packed with emergency supplies to make the grueling 1,400-mile round trip journey from their home to an aid outpost near Edmonton, south of the blaze. The truckers had hundreds of people from their small community, just east of Vancouver, to thank for the improbable trip—as well as the viral outpouring of support that tends to follow tragedy in the age of the Internet.

People across Canada have leveraged social media time and time again in the last week to provide assistance to the residents forced to evacuate from the Fort McMurray area. They’ve launched groups to help evacuees find warm beds and home cooked meals. They’ve crowdsourced maps to identify pets trapped inside the disaster area that are in need of rescue. They’ve amassed a small army of volunteers ready to work in Fort McMurray once officials lift the evacuation order.

Gordon Van Laerhoven, kneeling, and his posse of long-haul truckers.

For Van Laerhoven and his posse, they had initially hoped that they’d be able to drive a load of bottled water to those in need. Last Wednesday, he asked his boss at Bulldog Transport if could borrow a company truck to drive Alberta, provided he covered the cost of gas. The answer came quickly. “He was like, ‘We can do that. No problem,” Van Laerhoven said. With a truck secured, he and a group of volunteers posted a solicitation on a local Facebook group aimed at supporting those displaced by the wildfire. They tagged around 32 close friends and family on the message, he said.

“Within a few hours that had snowballed into about 3,000 people,” said Van Laerhoven. Hundreds more continued to join the group, “Chilliwack For Fort Mac,” each hour. Calls from radio stations and other local media soon followed.

The next afternoon, Van Laerhoven rolled up to Chilliwack’s Cottonwood Mall in a 53-foot tractor trailer. The plan was to turn the parking lot of a defunct Target into a staging area for donations. It didn’t take long for Laerhoven and the other volunteers to determine that they’d need more than one semi-truck to transport everything.

Youngsters help load boxes of emergency supplies into the back of 53-foot tractor trailer.

Residents from Chilliwack and the surrounding area poured into the parking lot over the next 24 hours. Some would deliver hugs and cash before quickly driving off, said Van Laerhoven. Others would stick around to help with loading toiletries, dry food, diapers and bedding into the rigs. All told, the donations filled four tractor trailers. Van Laerhoven said the entire haul totaled roughly $310,000 (USD) in donations and another $20,000 (USD) in cash.

“The only thing going through my head at that point was ‘Holy shit. This is happening,’” Van Laerhoven said.

The fleet of semi-trucks left around 4:30 p.m. on Friday. Hours later, Van Laerhoven and his fellow drivers were still floored by the outpouring of support they had received. “I can’t begin to explain how amazing this has been,” he said in a video posted to Facebook that evening.

It took the men about 14 hours to make the 700-mile trek to a warehouse in Leduc, a city south of Edmonton that had begun collecting donations for Fort McMurray evacuees. The sight of the convoy shocked those who were working inside the facility.

“I instantly had the chills,” said Kim Matters, a volunteer who was working with a displaced couple when the trucks arrived. “The couple shared a look, and it is a look I cannot accurately describe. It was one of awe, of wonder, of humbleness, gratitude, but yet so much more.”

But Van Laerhoven and the other drivers didn’t have much time to pay attention, he said. They promptly unloaded their trucks. Then they immediately hit the road back home, driving through the night. They arrived back at the Cottonwood Mall to a cheering crowd of supporters on Sunday morning.

“There’s many words I can think of, but ‘incredible’ probably makes the most sense,” said Van Laerhoven. “That was probably the most stressful two-and-a-half days of my life.”