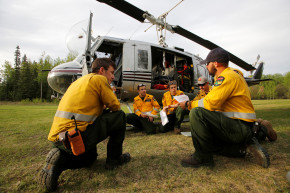 How Drones Can Help—Or Hurt—Efforts To Fight Alberta Blaze

A massive fire that has displaced more than 80,000 people is only expected to grow 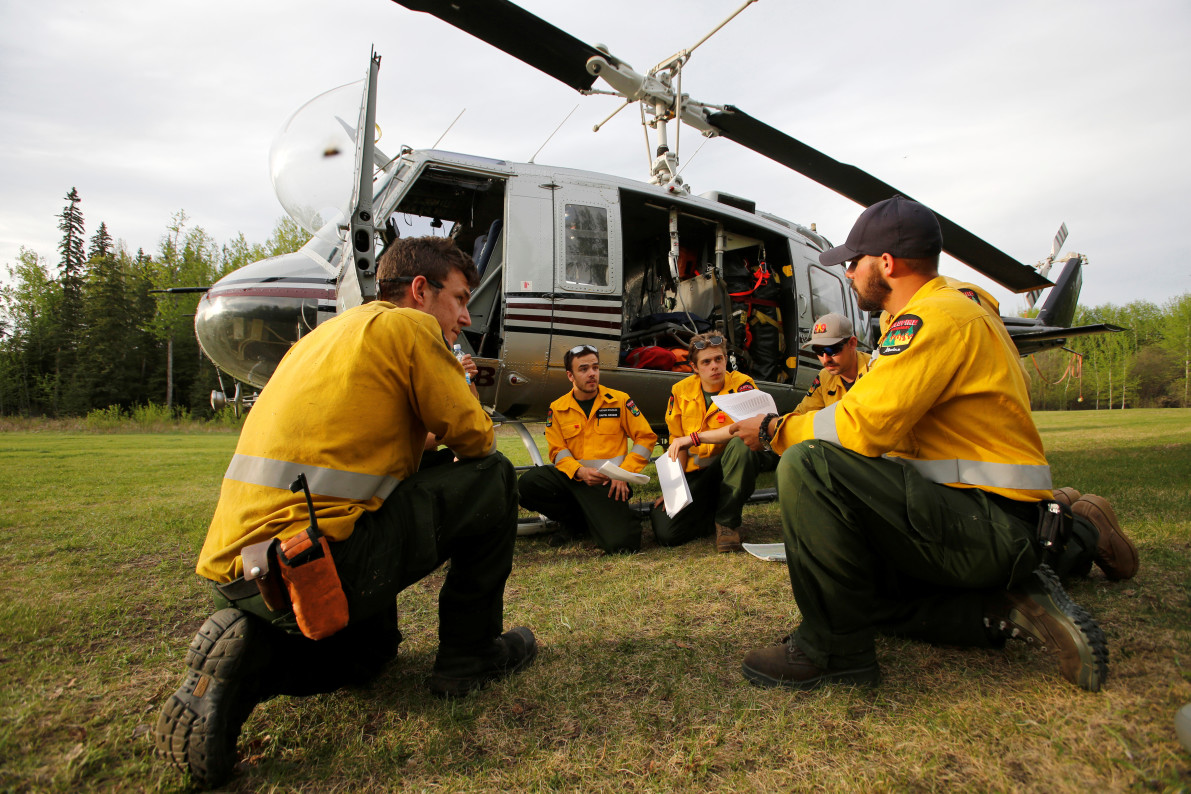 A raging blaze that has devastated at least 385,000 acres, destroyed thousands of homes and sent more than 80,000 people fleeing Fort McMurray in the Canadian province of Alberta is expected to worsen on Sunday as winds fan the fire’s flames.

With the cause of the wildfire, which started a week ago, still unknown, authorities are turning to drones as a high-tech way to investigate.

Starting on Tuesday, drones carrying ultraviolet, infrared and regular cameras will takes hundreds of pictures that will then be put together in a practice known as fire-mapping, according to Reuters. The process allows investigators to find the hottest part of the blaze and uncover the fire’s source, the news agency reports. “It’s like Google Maps but 100 times better,” Mat Matthews, operations and safety manager for Elevated Robotic Services, which has contracts with the government in Alberta, told Reuters.

Drones can allow investigators to hone in on a smaller area than is possible with helicopters since they allow pictures to be taken closer to the site where the fire originated. A drone can take images from 100 feet above the ground, while a helicopter could be forced to stay a thousand feet in the air so winds don’t mess with the area, according to Reuters.

More This Bazooka Takes On Rogue Drones With A Giant Net

But drones can also interfere with efforts to fight raging wildfires. In August, five planes and eight helicopters used in efforts to battle a blaze close to Oliver, a town in British Columbia, were grounded for several hours when an unauthorized drone was spotted near the fire, CBC News reported.

Now, officials in British Columbia, which borders Alberta, are offering reminders that flying drones near fires violates federal regulations. Those who do can be imprisoned for 18 months and fined as much as $25,000, the CBC reports. On Friday alone, British Columbia’s Wildfire Service received two reports of drones being seen near wildfires, Amanda Reynolds, a fire information officer, told the news outlet.

Fires are affecting parts of British Columbia, including areas near Fort St. John in the northeastern part of the province. But much attention is focused on the massive blaze nearby—the one tearing through Fort McMurray in Alberta. As of Sunday night, 15 helicopters, 14 air tankers and dozens of other pieces of equipment were being used to help 500 firefighters battle the blaze that has been raging both in and around Fort McMurray, the Alberta government said in a statement on its website.

It shows no signs of calming down. “In no way is this fire under control,” Alberta Premier Rachel Notley said on Saturday.

And it’s not the only fire raging in the Alberta province. According to the Alberta government, more than 1,400 firefighters, about 133 helicopters, over 27 air tankers as well as 200 pieces of heavy equipment are being used to battle a total of 43 wildfires burning across Alberta. Mandatory evacuation orders remain in place for Fort McMurray, Anzac, Gregoire Lake Estates and Fort McMurray First Nation, the government says.