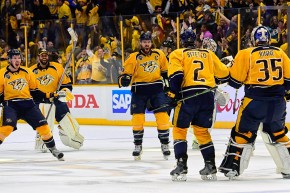 160 Miles Skated: The Toll Of A Triple OT Classic
By Joe Lemire

160 Miles Skated: The Toll Of A Triple OT Classic 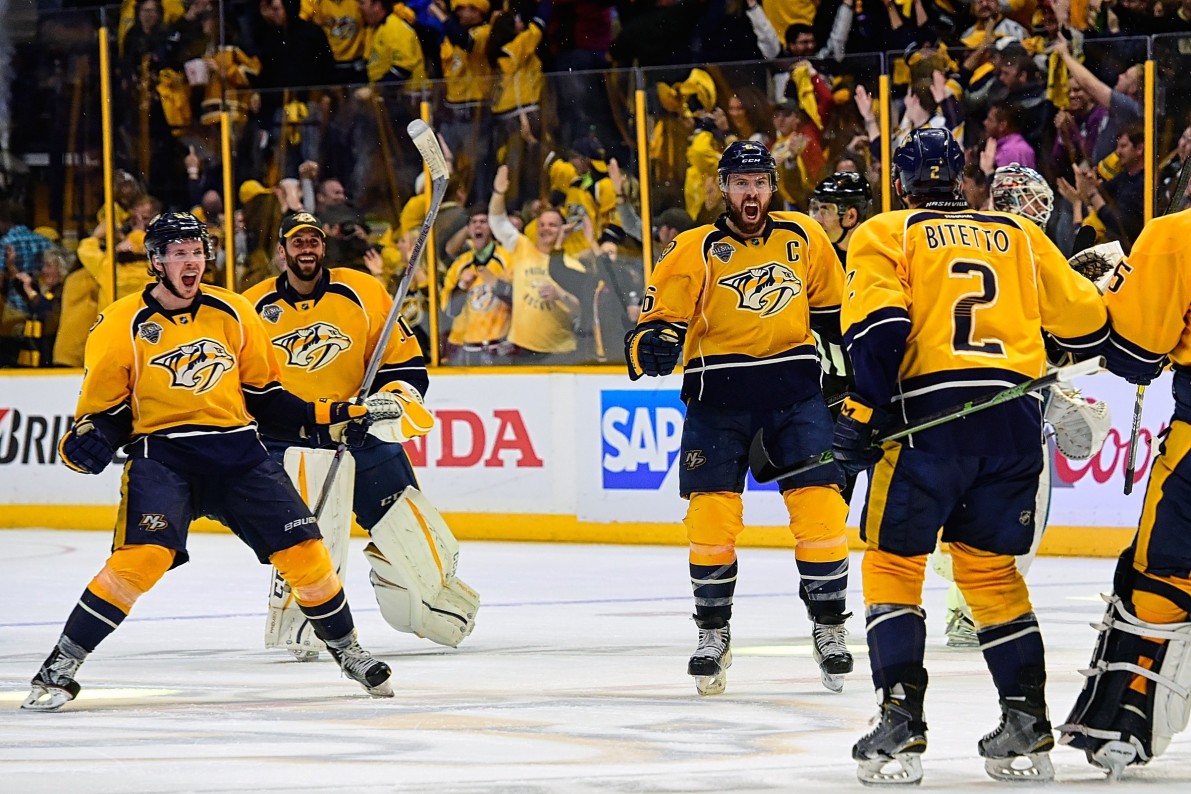 After Nashville Predators center Mike Fisher scored midway through the first period of Thursday night’s playoff game against the Sane Jose Sharks, another 100 minutes of game time passed before he scored again, this time to win the game in triple overtime.

Who needs sleep when you have triple overtime? #SJSvsNSH #StanleyCuphttps://t.co/DZddbdBFeB

In those intervening 100 minutes, there were three goals, a possible Sharks winner in the first overtime was controversially disallowed due to goalie interference, and nearly 4 hours and 40 minutes ticked off the real-world clock, with the winner netted just after 2 a.m. Eastern time.

As for the toll on Fisher personally, consider this: he averaged nine shifts per period in that game for 41 seconds per shift. Those 100 minutes represent five periods of play, so that’s 45 shifts lasting 30 minutes and 45 seconds of ice time. According to data from PowerScout Hockey, the average center skates 128 meters for every 30 seconds of five-on-five ice time in the regular season, which gives a reasonable approximation of what Fisher’s FitBit would have tracked last night.

The sum? 7,872 meters. That’s 4.9 miles. Playoff hockey generally operates at a faster pace (at least while fresh legs remain in regulation), but that means Fisher skated roughly five miles of high-speed hockey in between his two goals. No wonder his more famous better half tweeted this in celebration:

With the game stretching beyond the halfway mark of a third overtime period, the Predators and Sharks competed for 111 minutes, or nearly two entire games. As you’d expect, nearly every player logged twice as many shifts for twice as much ice time. Vocativ used the PowerScout metrics—128 meters skated every 30 seconds by centers; 124 meters for wingers; and 107 meters for defensemen—to compute the distance skated by each player and compared that to their average ice time during the regular season.

No one traveled farther than Nashville defenseman Roman Josi, who covered about 6.6 miles in his 49 minutes, 42 seconds of ice time. Two others covered more than six miles: teammate Shea Weber (6.5) and San Jose defenseman Brent Burns (6.3). The forward who skated the most was Predators right wing James Neal, whose 38 minutes, 59 seconds on ice approximates to 6.0 miles on ice; that edged out Fisher’s 37 minutes, 33 seconds from the center position that also was about 6.0 miles (although his estimate is less by 180 feet).

Nashville left wing Colin Wilson increased his average per-game workload the most, by a factor of 2.3; San Jose right wing Tommy Wingels had the smallest change, with just a 1.1 multiplier on skating distance.

All of the players from the two teams combined to skate about 160 miles which, from Nashville, is almost enough to get you to Louisville (175), Knoxville (180), Birmingham (190), or Memphis (210), depending on whether you set off north, east, south, or west.

Instead, with the series tied at two, both teams will have the luxury of flying west to San Jose for Game 5 on Sunday night. In addition to leg fatigue, they’ll have a touch of jet lag to contend with then. Perhaps they can settle that game in the allotted 60 minutes.