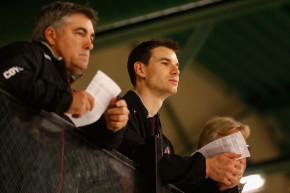 John Chayka, 26, will be the Coyotes' next GM and is the latest sign of hockey's shift towards analytics 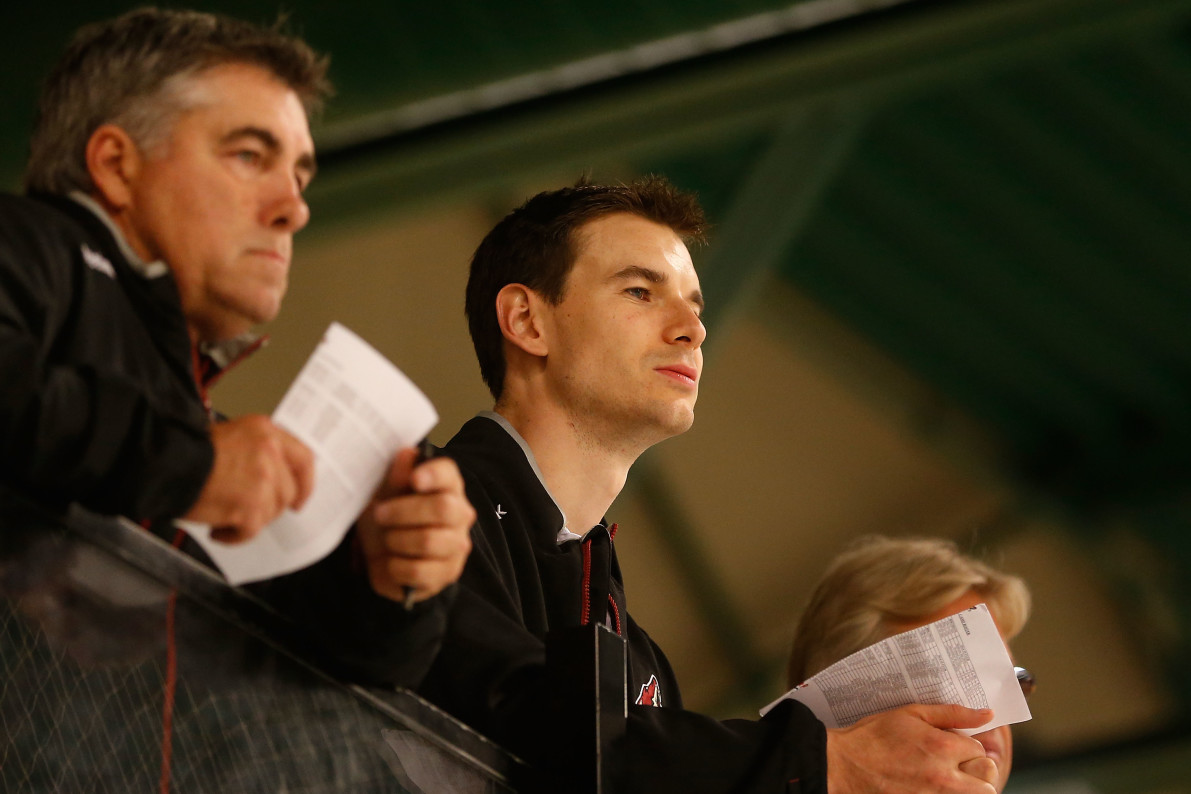 The Arizona Coyotes’ newest general manager is a child of the ’80s—barely. The Glendale-based NHL team is reportedly set to announce on Thursday that it is promoting 26-year-old John Chayka to general manager, making him the youngest GM in the history of major North American professional sports. He is younger than 15 current Coyotes players and 13 years the junior of team captain Shane Doan.

Chayka played some junior hockey before a back injury curtailed his career, after which he graduated from the University of Western Ontario with an undergraduate business degree. He then co-founded Stathletes, Inc., a data and video tracking company, and ran its hockey operations before the Coyotes hired him a year ago as assistant general manager overseeing analytics.

This continues a pattern of unorthodox hires for hockey leadership. The Devils’ analytics director, Sunny Mehta, arrived with jazz, poker, and finance on his résumé. He was but one of several hockey bloggers with an affinity for quantitative analysis that landed jobs with teams. There’s been youth before, too: Kyle Dubas was, at 24, the GM of an Ontario Hockey League club, the Sault Ste. Marie Greyhounds, before the Maple Leafs added him as an assistant GM. He was briefly one of two interim GMs before ownership hired longtime Devils president Lou Lamoriello, who is now 73; Dubas is presumed to be the heir apparent. The key difference in Arizona is that Chayka is the man in charge, rather than serving as a lieutenant.

More The Canadian Hockey Crisis Is Getting Real

“I think there’s a necessity to think differently,” Chayka told the Arizona Republic at the time of his hire. “I think there’s a necessity to be a bit more creative, think outside the box, and it just comes down to the fact we’re a budget team here. So if we just do what everyone else is doing, by definition we’re going to finish well below everyone else.

“So we have to find different ways to find some deficiencies we can exploit in order to get players and eventually just win games.”

The parallels to baseball from a dozen years ago are striking, especially when you consider that sport’s system analytics—dubbed moneyball.

One of the key figures in moneyball was Paul DePodesta, the Harvard graduate portrayed as the engine behind Oakland GM Billy Beane’s analytics approach. The Red Sox would soon promote Theo Epstein, then 28, to be their GM, the youngest in baseball history—until the Rangers promoted the slightly younger Jon Daniels. No team has broken tradition more than the Tampa Bay Rays, whose front office was populated by a slew of Wall Street ex-pats and previously run by Bear Stearns alum Andrew Friedman. Reflecting that changing culture, the Rays eschewed standard job titles; Friedman was never officially GM but, rather, the executive vice president of baseball operations.

What’s amazing about Chayka is how much of an outlier he will be in the hockey fraternity. The second-youngest GM is the Blackhawks’ Stan Bowman—who’s 42. Then there’s Kyle Dubas, now 30, whose name had been bandied about as a GM candidate until he put the kibosh on those rumors.

“Very bluntly put, I don’t believe I’m ready to be an NHL general manager,” Dubas told the  Toronto Star. “I believe I have a lot to learn, and I believe Toronto is the best place for me to learn that.”

The Coyotes reportedly will be expanding the role of head coach Dave Tippett to have an increased say in personnel matters, which can serve as a balance to Chayka’s youth. Tippett is known for lampooning the standard publicly available analytics Corsi and Fenwick by derisively calling them “Corski and Fenski,” but, simultaneously, he is said to have a keen interest in other analytics and to be supportive of Chayka’s initiatives. That will be essential for this experiment to work.

Age is but one component of a C.V., and even though half his roster is older than Chayka (who turns 27 next month), the other half is younger. If so much is being asked of players who are 26, why can’t a 26-year-old GM succeed? Sure, supervising a staff is difficult and a skill that often improves with time, but some are more precocious that others. Having the backing of someone like Tippett, an 11-year veteran player, will go a long way toward presenting credibility, both internally and externally.

Most importantly, the currency of sports management is the generation of ideas, a skill unbounded by generations.