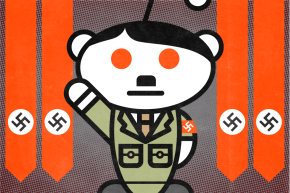 Hankering For Some Hitler Talk? Check Out Reddit
By Leslie Horn

Data shows that most Reddit superthreads mention Nazis or Hitler 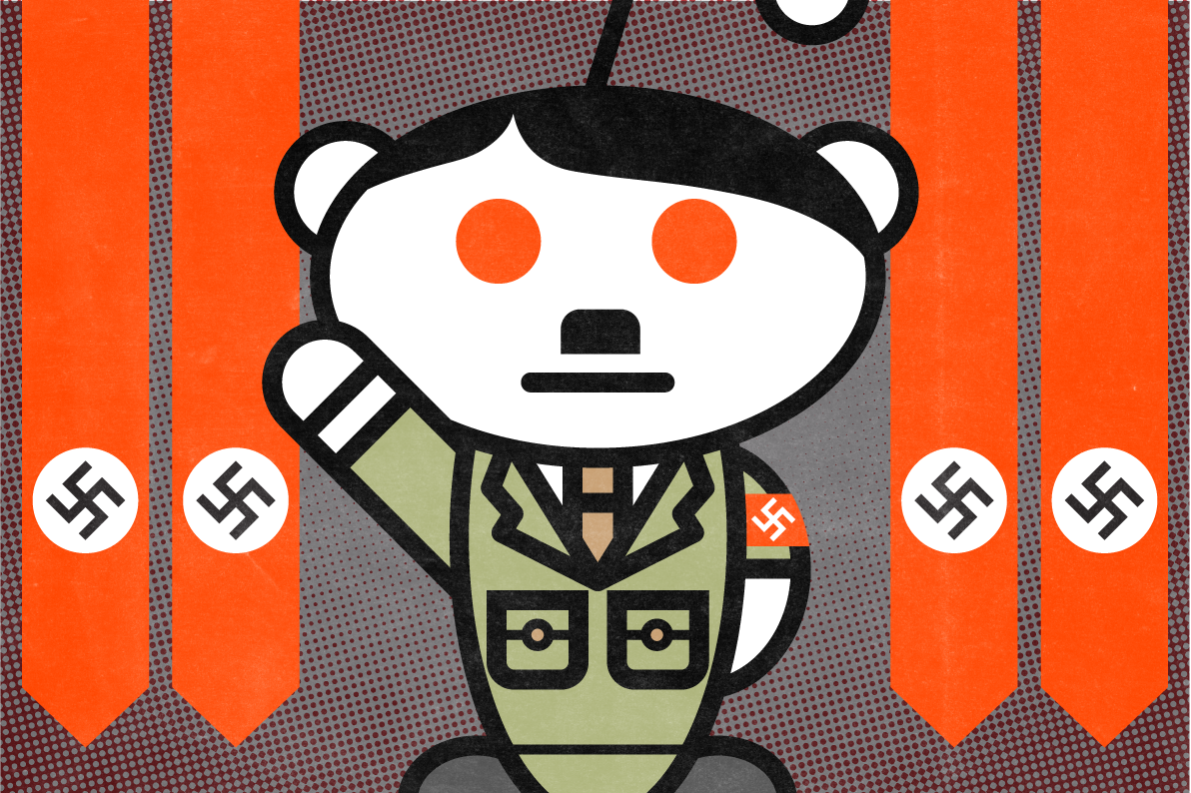 Hitler is rarely the topic du jour at parties. But when the party is on Reddit, he’s all the rage. Data blogger CuriousGnu analyzed a mountain of Reddit data and found that when a thread has more than a 1000 comments, there’s more than a 70 percent chance you’ll see some mention of Hitler or Nazis.

Drawing inspiration from an internet principle known as Godwin’s Law—which states that the longer an online discussion is, the more likely it is to use Hitler or Nazis as comparisons—CuriousGnu’s analysis doesn’t seek to validate the textbook definition of the law, but the results indicates that Godwin’s law isn’t all that far-fetched. CuriousGnu scoured 4.6 million Reddit comments for any mention of Adolf and his boys. He writes:

Then I excluded history subreddits and looked at the probability that a Reddit thread mentions Nazis or Hitler at least once. Unsuprisigly [sic], the probability of a Nazi refrence [sic] increases as the threads get bigger. Nevertheless, I didn’t expect that the probability would be over 70% for a thread with more than 1,000 comments.

Hitler and Nazis represent a universal standard for bad and evil things, which provides a pretty simple fallback when you’re arguing about terrible things online. (And Reddit just loves to discuss terrible things.) But a 70 percent probability of a despot namecheck—that’s a big number. At least we now know of at least one place in the universe where Hitler is a very popular guy.