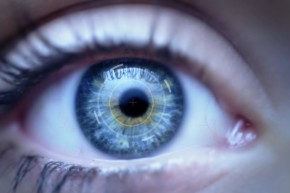 The Presidential Candidate Who Wants You To Live Forever

His name is Zoltan Istvan, and he's running on the Transhumanist ticket

Donald Trump wants to build a wall. Hillary Clinton wants equal pay for women. Bernie Sanders wants money out of politics. But what about Zoltan Istvan, the presidential candidate for the Transhumanist platform?

“I want to become a robot or artificial intelligence or become some type of super-consciousness that might just be pure data some day,” Istvan says. Transhumanism is a science-obsessed belief system that wants to enhance the human condition with technology—specifically by extending life and, perhaps one day, achieving immortality. Istvan is running on their ticket.

“Transhumanists are a group of people—a couple million worldwide now—that want to use science and technology to radically enhance the human being and also the human experience,” he told Vocativ.

Istvan campaigns for the cause in a coffin-like automobile called the Immortality Bus in order to raise awareness of technology’s potentially death-defeating properties and transhumanists’ desire to overcome our earthly shortcomings. “It’s a great vehicle for talking about how important it is to use science and technology to overcome death,” he says.

One of the central tenants of this brand of transhumanism is melding our brains with machines, or “mind uploading.” Some researchers think that our species is not that far off from achieving such transcendence.

“Probably in 10 to 20 years, I think we can start seeing the actual porting of consciousnesses into machines,” says Professor Mark Fedasiuk of the University of Advancing Technologies, a for-profit school in Arizona.

Istvan says he wants to have the choice to live forever if he so chooses, and he thinks that the mechanical route offers a better chance to do so than the biological one. And that means, on the campaign trail, he’s got a very appealing—if somewhat far-fetched—message. When he’s in the White House, Istvan tells a group, “I will be advocating for life extension for you.”