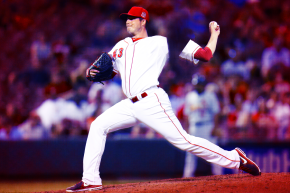 Where Have All The Southpaws Gone?
By Joe Lemire

Where Have All The Southpaws Gone? 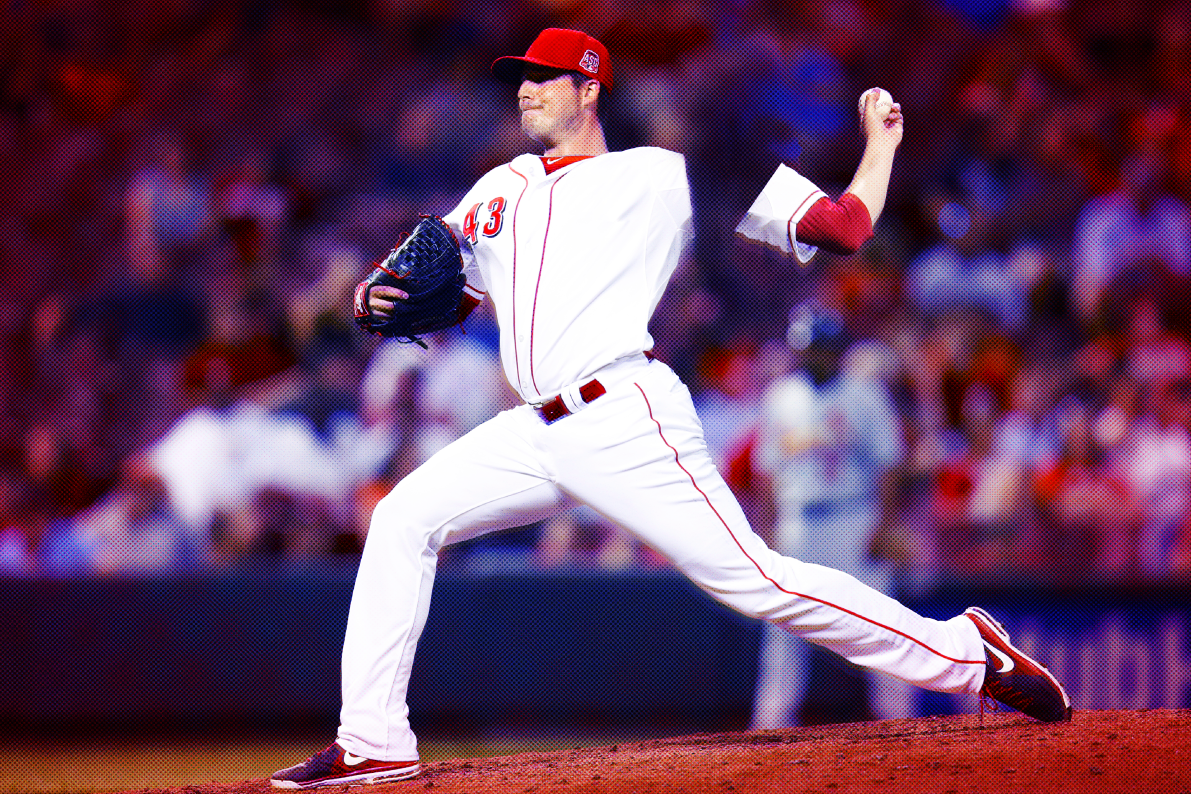 No ball club had more players in its spring training camp than the Atlanta Braves, who whittled down its 25-man Opening Day roster from a herd of 70. Among that group of 70 were 12 left-handed pitchers who would appear in a spring game.

“I think this year we broke a record for bringing left-handed pitchers into camp,” manager Fredi Gonzalez said. “I think we brought every guy that threw left-handed.”

By the time the season started, however, the Braves’ roster had only one lefty remaining, reliever Eric O’Flaherty. No left-handed pitcher has started a game for the Braves this season—nor for five other teams, either.

In fact, the number of left-handed starting pitchers has been declining since 2012, when lefties started 32.0 percent of all big leagues, a number that’s down to 25.5 percent this year. What used to happen every third game is now happening every fourth, a projected difference of 315 starts over the course of a full major league season.

“There is a shortage of left-handers,” Gonzalez said.

And no one’s quite sure why.

It seems Dipoto is hardly alone in that regard as the Milwaukee Brewers haven’t had a left-handed pitcher start a game since Tom Gorzelanny way back on Aug. 28, 2013, a span of 381 games. The team only had one lefty starter in spring training camp—Josh Hader, who has a 0.78 ERA in five Double A starts this year—and only one in Triple A, Brent Suter, a 31st-round pick out of Harvard.

The Boston Red Sox played 11 games before facing a lefty this season and had only faced two prior to Tuesday night. Although the Chicago White Sox have three top-flight southpaws in Chris Sale, Jose Quintana, and Carlos Rodon, three of their AL Central rivals—Cleveland Indians, Detroit Tigers, and Kansas City Royals—have none. The fifth team in the division, the Minnesota Twins, only has one.

The highest level of the minor leagues don’t offer much hope for impending change across the majors, either: only 26.2 percent of Triple A games had been started by lefties through games on Monday.

So what gives? The most commonly cited theory is that it’s simply one of the game’s regular fluctuations. For the 10 seasons from 2004 to 2013, the share of lefty starts was pretty steady for an overall proportionality of 30 percent, but was actually a little lower than it is now, 24 percent, in the first few years of the 2000s.

Further, there used to be much higher rates of lefty starters: as recently as 1978, the Yankees faced 81 southpaws—exactly half their scheduled games. In 2014, it was nearly half that, at 44. With as much youth specialization, travel ball, and elite training as there is today, why is it becoming so hard to find a lefty who can reliably throw six innings?

Cincinnati Reds first baseman Joey Votto, one of the game’s more cerebral thinkers, stressed that he did not know the answer and was merely proffering a guess. After a moment’s thought, he reasoned that while the change is “probably cyclical […] it also could be that, in the past, [teams] felt obligated to have a left-hander.

That idea was echoed by an American League executive who said, “There used to be all sorts of stuff about how you have to have lefties or you have to break up a rotation with a lefty, etc. I think teams just want good starters now, period.”

Supporting that idea is an improvement in performance in righty pitcher versus lefty batter situations. Because all offense is declining, the on-base plus slugging percentage (OPS) allowed by righty pitchers across the majors has declined 46 points in the last 10 years, from .768 to .722. Break apart the sum into components, however, and righties’ effectiveness against lefty batters is apparent. In those matchups, OPS has declined 56 points compared to a 37-point reduction in righty-against-righty at bats. One theory for that improvement is an increased emphasis on the changeup, a pitch known for its effectiveness against opposite-handed hitters.

It’s an old-school theory in baseball that having a lefty helps break up a rotation, but there’s no evidence to support that. As another AL executive noted, managers almost never shuffle the order of their rotation to ensure a certain matchup, such as a lefty against a particular team, unless there happens to be a preceding off-day.

The Braves’ Gonzalez said having a lefty starter is ideal, but wasn’t worried that his organization doesn’t even have a left-handed Triple A starter and only one—highly-regarded prospect Sean Newcomb—at Double A.

“If you have a preference, you stick one left-hander in there,” Gonzalez said. “If they’re all right-handed and they’re all good, I’m O.K. with it.”

The fact that roughly 10 percent of the population is left-handed and some 30 percent of major league pitchers were lefty was once enough to make baseball-mad parents tie their son’s right arm behind his back. (When former left-handed Toronto Blue Jays pitcher Ricky Romero showed signs of ambidexterity in kindergarten, his father, a baseball fan, urged his son to pick his left.)

The population of right-handed pitchers is thus larger and more competitive, so it should come as no surprise that they throw harder, too. Among starting pitchers since the start of 2015, righties have averaged 93.2 miles per hour with their four-seam fastball, which is 1.1 mph faster than the average lefty’s heater, according to Harry Pavlidis of Baseball Prospectus and Pitch Info.

Braves pitching coach Roger McDowell hypothesizes that bullpen demand might be to blame, noting that contending teams generally prioritize having two quality lefty relievers when finding one can be hard.

“It’s become specialized,” McDowell said. “It’s a possibility that those lefties, if they have a good breaking ball for that left-on-left matchup, sometimes you think [relieving] might be more important than their development as a starter.

“They can possibly move through the system a little quicker. You don’t have to take the years or the numbers of starts in the minor leagues to develop a third pitch. If you throw 94, 95 and you’ve got a good breaking ball, there’s a good chance you’re going to pitch in the big leagues in that left-on-left situation.”

When lefty starters were at their high-water mark in 2012, there were 132 lefty pitchers who appeared in relief, a number that rose to 159 in 2014 and 156 in 2015. One consequence of having fewer lefty starting pitchers is that right-handed position players who are part of a platoon will receive fewer starts and be relegated to pinch-hit roles—to match up wth all these extra lefty relievers, of course. Got it?

By now, it’s obvious that the decline in lefty starting pitchers has any number of possible explanations, all of which may just be components of the actual answer. As it stands now, the closest we can get to an answer is that the pool of starting pitchers boil down to this: choosing the handedness of a starting pitcher isn’t so much a case of right or wrong, but a matter of right and who’s left.