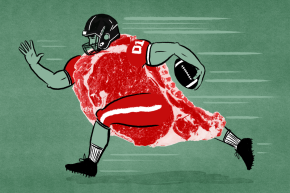 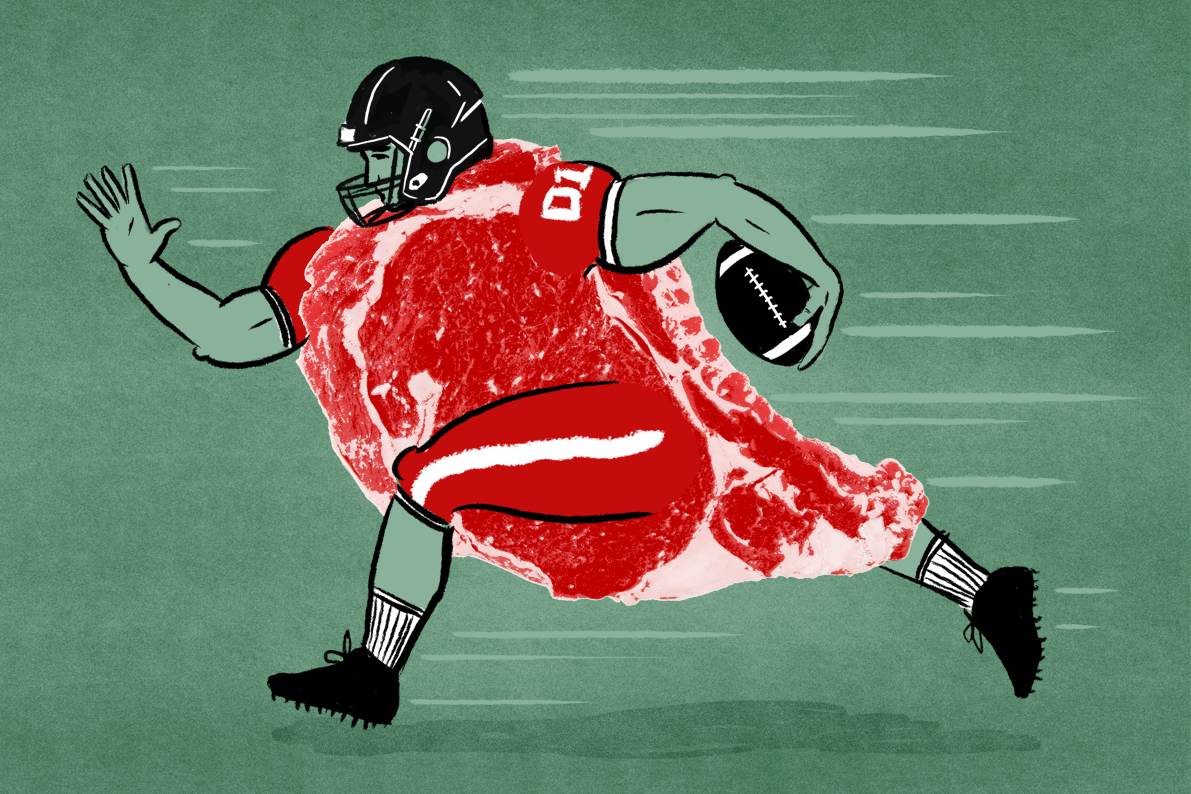 Thanks for the heads up. If you have a few steak dinners on vacation your screwed https://t.co/SLde2ho8gj pic.twitter.com/e0g53BfsIE

Clenbuterol is a bronchodilator that, when properly prescribed, is used to treat respiratory conditions. Of course, clenuterol also has the added benefit of increasing metabolism and weight loss, which is why it’s listed as a banned substance by the NFL, NBA, WBA, MLB, both the U.S. and World Anti-Doping Agency, and the International Olympic Committee.

Though injecting livestock with clenbuterol is strictly forbidden in China and Mexico as well as the United States and the European Union, for ranchers, the same lean-muscle promoting effects that the substance has on athletes can be used to create larger and more profitable livestock. Regulations notwithstanding, the illegal practice still occurs, as Duane Brown, an offensive tackle for the Houston Texans, discovered when he was issued a 10 game suspension after clenbuterol was discovered in his system following a vacation in Baja.

But according to ESPN, a bit of digging by NFLPA associate general counsel Heather McPhee into the history of clenbuterol and positive tests led to Brown’s suspension eventually being overturned.

“The NFL Players Association proved to the NFL that the burgers and steaks Brown ate in Mexico caused the positive test,” sources told ESPN. “Consequently, on Tuesday, the drug program’s independent administrator sent a letter warning players that consumption of too much meat in Mexico and China could cause a positive test for the anabolic substance clenbuterol.”

This is a precaution that the governing bodies in sport have taken before. In preparation for the 2014 World Cup, the Mexican National Soccer Team ordered its players to stop eating beef to ensure that they would not accidentally fail FIFA’s random drug testing procedures.

“We’ve also been telling the players for the last month and a half not to eat beef and they’ve paid heed,” then-coach Miguel Herrera said. “[Miguel] Ponce ate some tacos without knowing he would be with us but beef goes through your system in three to four days, though we’re still taking preventive measures.”

In 2011, five Mexican players were caught with clenbuterol in their system, though they were eventually exonerated after the Mexican Football Federation determined that the presence the substance was in fact due to the consumption of contaminated meat.

Last week, Conade, Mexico’s national sports commission, issued a warning similar to the NFLPA’s directed at its athletes as they prepare to compete in this summer’s Olympic games in Rio de Janeiro. “We should be conscious and careful about the kind of meat that is selected,” director Alfredo Castillo said.

German athletes were also told by their own anti-doping agency to avoid both Chinese and Mexican meat in 2011, again over concerns that it would lead to accidentally getting pinged for clenbuterol. For the 2011 World Aquatics Championship in Shanghai, Australian officials even went so far as to import their own beef and avoid pork entirely to ensure that their athletes remained clenbuterol-free.

The cyclist Alberto Contador made a similar claim, that a beef steak he’d eaten between races of the Tour de France was responsible for a positive test. After a series of appeals, Contador was handed a two-year ban and was stripped of his 2010 Tour de France crown.