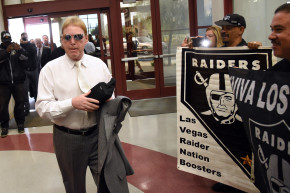 The Raiders Want $1.4 Billion From Vegas, For Free
By Robert Silverman

The Raiders Want $1.4 Billion From Vegas, For Free

The Raiders' owner is threatening a move to Las Vegas, but only if he gets to rob taxpayers blind 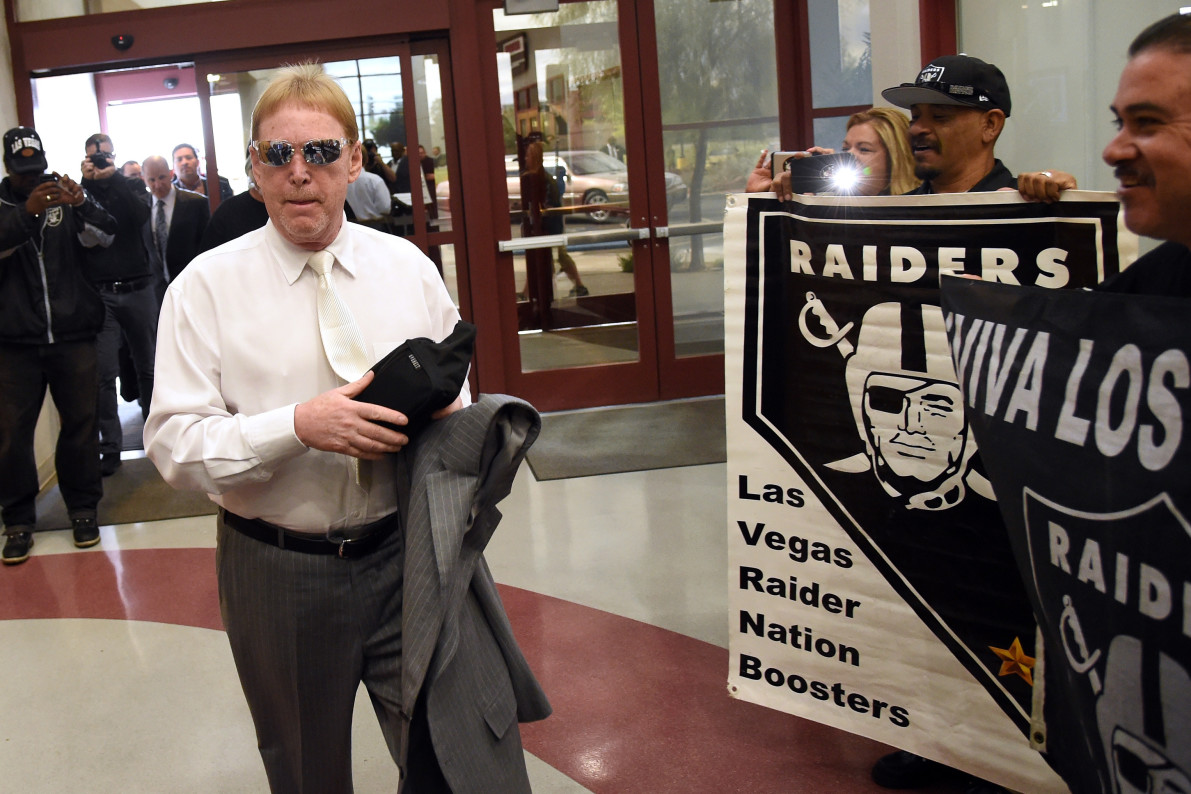 If owner Mark Davis has his way, the Oakland Raiders will be calling Las Vegas their new home, thanks to a new $1.4 billion stadium in the gambling epicenter of America.

Yes, the idea seems laughable at face value. Though Davis was left holding the bag after the now-Los Angeles Rams and San Diego Chargers agreed to share Stan Kroenke’s new $1.9 billion sports and entertainment complex in Inglewood, the city of Las Vegas itself—tourists flocking in to gamble away their money notwithstanding—doesn’t contain nearly enough residents to support a pro football team. Banking on those selfsame tourists to plunk down dollars to attend a NFL game sounds like an equally dubious proposition, given the vast sea of entertainment options available.

So why the rush to embrace Nevada? As Neil DeMause reported at VICE Sports, Davis’ demands, if met, would represent “a new pinnacle of sports-swindle insanity.”

DeMause explained that Davis is asking Las Vegas to fork over $780 million in tax revenue, with Davis pledging to contribute $500 million, though $200 million would be covered by the NFL’s G-4 program. But if setting the record for the highest total public dollars contributed to a stadium project wasn’t enough, private developers would also seek to finance their costs using public money.

Davis would still require approval for the move from 24 of the 32 NFL owners, but when pressed by the Southern Nevada Tourism Infrastructure Committee as to whether the NFL might balk at the idea of having a team in a municipality rife with gambling, Davis quoted The Godfather. Seriously. Davis said that if Las Vegas moves forward with the plan to build him a stadium basically for free, he’d be presenting the league with an “offer they can’t refuse.”

When asked if he’d be okay with a team in Vegas, NFL commissioner Roger Goodell passed the buck, noting that while there are “specific issues that would need to discussed in the context of Las Vegas,” in the end “it’s the ownership’s decision.”

There’s a long and glorious history of pro sports franchises using Las Vegas as a not-at-all veiled threat to convince local politicians that they should pass team-friendly legislation and build them new stadiums and arenas.

The Oakland Athletics have been hunting around for a replacement for the dilapidated Oakland Coliseum for decades, and nearby Las Vegas is always mentioned as a potential site. Las Vegas was in the mix as a destination for the Montreal Expos, who eventually chose to trundle off to Washington, D.C., and now reside in a $667 million dollar stadium. When a new ownership group purchased the NBA’s Milwaukee Bucks, they too threatened to take the team to Las Vegas or possibly Seattle if they weren’t gifted a new arena. Unsurprisingly, Milwaukee and the state of Wisconsin caved. The Sacramento Kings were once a trendy choice to land in Sin City, given their previous owners’ squandered casino holdings. That is, until disgraced Mayor Kevin Johnson pushed through a deal to keep the team in Northern California.

So yes, hopefully someone will keep Davis from robbing taxpayers blind. After all, without the cudgel of a move to Las Vegas, how will the next owner with a nagging case of wanderlust be able to bilk the locals?