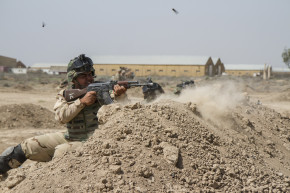 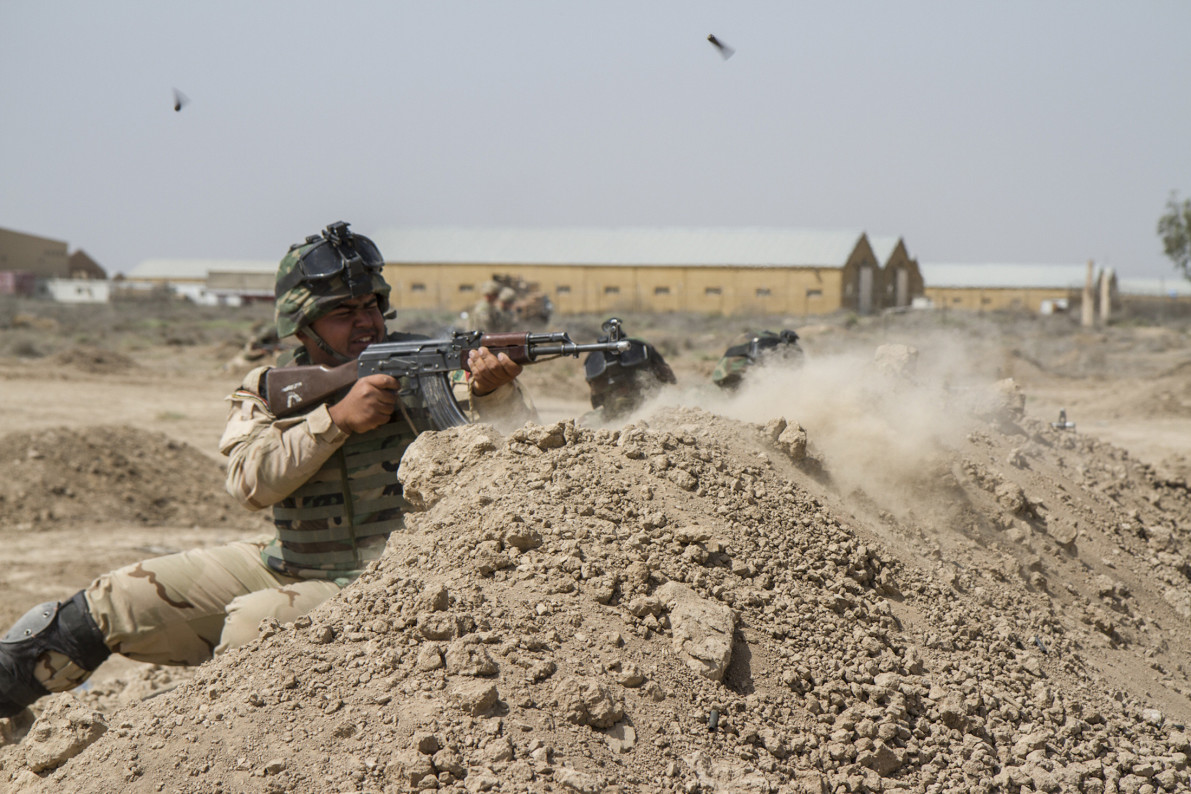 Islamic State loyalists celebrated the death of a U.S. serviceman who was killed during fighting with the terror group in northern Iraq. In posts across Twitter and the messaging app Telegram, one ISIS supporter called Tuesday “a day of running over the Crusaders,” and another described the service member’s death as “the killing of an American Crusader soldier by the hands of the Islamic Caliphate fighters,” Vocativ found.

Officials on Tuesday told the Navy Times and CNN that the serviceman was a Navy SEAL. He was killed near Mosul, officials have said. “It is a combat death, of course, and a very sad loss,” Defense Secretary Ash Carter said on Tuesday while in Stuttgart, Germany, Reuters reported.

In an official statement distributed on social media, ISIS said its fighters conducted a major offensive against Peshmerga forces north of the Iraqi city of Mosul on Tuesday, “using artillery and mortars and three car bombs against positions of the Kurdish militants.” They appeared to be referring to the battle that killed the American. Like other deadly attacks in Iraq this week, ISIS said the operation was named after Abu Ali al-Anbari, a senior Islamic State leader who officials said was killed in March in a U.S. raid.

Social media users affiliated with ISIS also claimed that one American soldier was kidnapped alongside Peshmerga fighters on Tuesday. It was unclear, however, what soldier they were referring to, and the claims could not be independently verified. The Islamic State did not make any official statement regarding possible kidnappings.

Col. Steve Warren, spokesman for the coalition battling the Islamic State, told The Wall Street Journal that the soldier who died on Tuesday was hit about 20 miles from Mosul, the capital of the Islamic State’s so-called caliphate in Iraq. Officials speaking to ABC News said that enemy forces broke through Peshmerga front lines in Erbil, in Kurdish Iraq, around 9:30 a.m. local time, and that the service member—who was assisting and advising Peshmerga forces—died due to direct fire.

“The enemy penetrated the Kurdish lines,” Col. Warren told The Wall Street Journal. “They went about five kilometers past the forward line of troops with some truck bombs.”

The U.S. Central Command said in a statement that a coalition service member died in northern Iraq “as a result of enemy fire,” but didn’t state the service member’s nationality, according to the AP.

The fatality is the second for the U.S. in Iraq this year. In March, a Marine was killed in the northern part of the country by enemy fire, CBS News reported.

The Obama administration announced in April that it was sending 217 more troops to Iraq to help the Iraqi government fight ISIS—a figure that raised the total, official number of U.S. boots on the ground to 4,087.