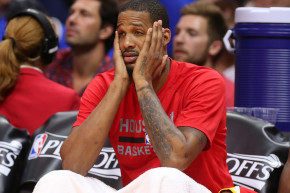 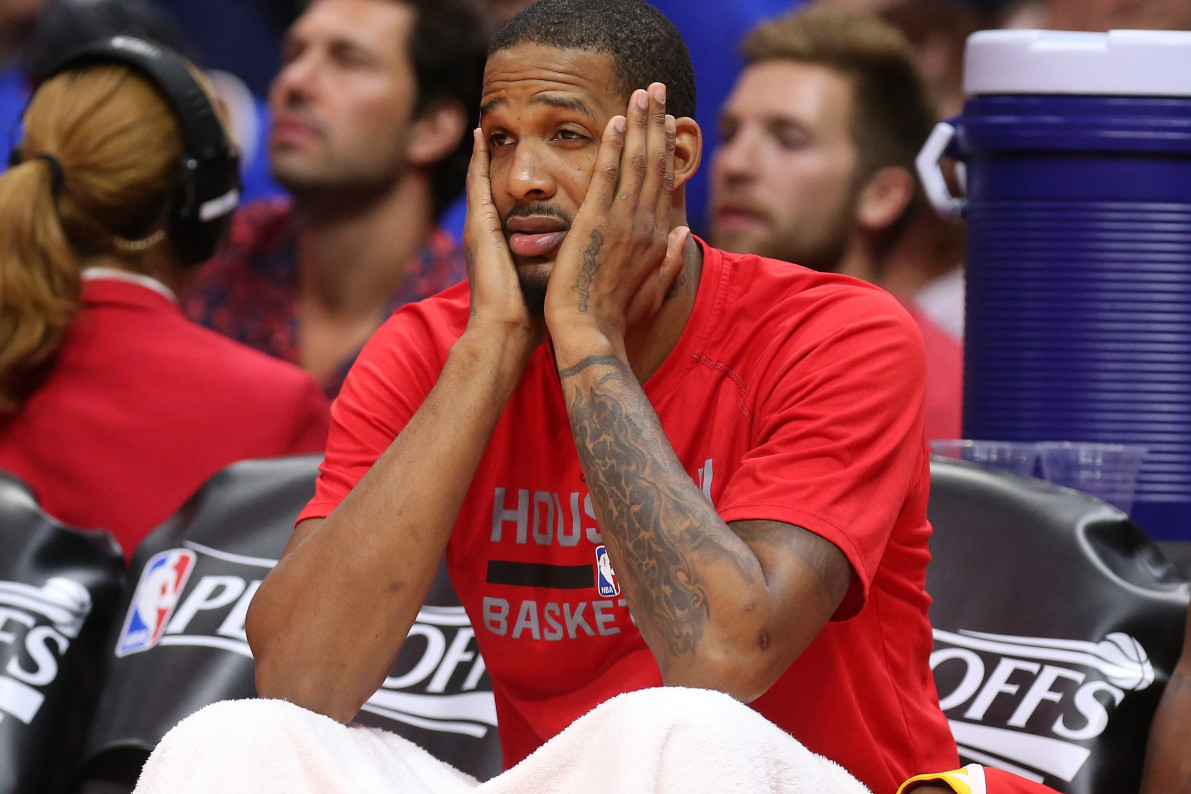 Houston Rockets small forward Trevor Ariza tumbled headfirst into the death-pit that is social media this weekend. How? By getting into a prolonged back-and-forth on Twitter that culminated in a threat by Ariza to go full Temecula on a fan and “beat yo ass for charity.”

You see, about five months ago, a Rockets fan with the handle @TerryLee__ started barking at Ariza, who felt compelled to fire back.

@TerryLee__ pull up then

That seemed to be the end of it, but evidently this particular jibe really stuck in Ariza’s craw. After the Steph Curry-less Golden State Warriors eliminated the Rockets in first round, Ariza sent a direct message to Lee informing him that his schedule had cleared up and he now had plenty of time to take care of unfinished business.

Ima stomp this hoe out. pic.twitter.com/9ZpNinsOP6

This continued for a few more tweets, with Lee posting every direct message he received from him, a riposte that naturally didn’t sit well with Ariza.

Because this wasn’t enough of a stupid, playground-level beef, Lee escalated it.

This punk gone call me a snitch and he all the way in LA. I'm not playing bout my name bro. @TrevorAriza let me know when you in Houston.

At which point, someone—Ariza’s agent, a friend, fellow player, or a panicked representative of the Rockets PR department—seems to have intervened.

People c'mon…None of this is serious! Our fans are with us -win or lose. Nothing but love!

The point here is not to shame Ariza for clapping back at a heckler. Athletes receive a metric ton of “you suck” nonsense no matter what they tweet or post, and the desire to tell some gibbering simpleton off must be both constant and unimaginable.

Considering that the social media hellhole can and will tempt everyone into saying something to a troll that they’ll regret or getting really Mad Online at a total stranger, it’s surprising we don’t see these kinds of meltdowns more often.

@__Kingsleyy5 I didn't ask for your glazed donut face ass to root for me anyway!!!!

But what’s so alluring here is the idea that social media platforms provide a heretofore unavailable window into the human being behind the performer. Fans have always craved this particular type of authenticity from players, the kind of information you’ll rarely ever get from the rote responses provided in post-game pressers, locker room scrums, and even well-reported, first-person feature articles.

As such, athletes are endlessly provoked to say what’s really on their minds, but the catch-22 is that when they do actually open up and unpack their unfiltered thoughts, they’re going to get roasted for doing just that. There are exceptions, to be sure, like last summer’s free agency courting of DeAndre Jordan, which resulted in NBA Twitter bathing in a sea of superb memes from everyone involved.

The solution, if there is a direct one, is for athletes to hand their accounts off to a PR and/or marketing specialist, who then turns them into little more than a sea of dull, brand-friendly platitudes and quasi-sponsored content. No one aside from Darren Rovell will go so far as to invest emotional currency in a walking billboard, but given the fragile lifespan that athletes have to make bank in an ecosystem that is judging every utterance and tracking every move, it’s undoubtedly the safe play.

But perhaps, in a way, that’s more honest. Social media has never been a place where you’ll find actual authenticity, nor does Sunday’s episode mean that Ariza is the kind of person that would respond to an insult with violence. Rather, it was an act performative toughness, and whether or not that’s a good look for his #brand, we don’t know any more about Trevor Ariza the human being than we did before. If that means more and more athletes use social media to openly sell themselves, well, that’s what it’s always been for.