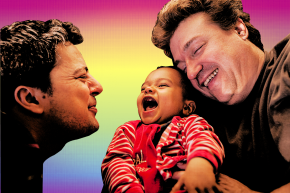 Study: Gay Dads Not That Different From Straight Dads
By Tracy Clark-Flory

Study: Gay Dads Not That Different From Straight Dads 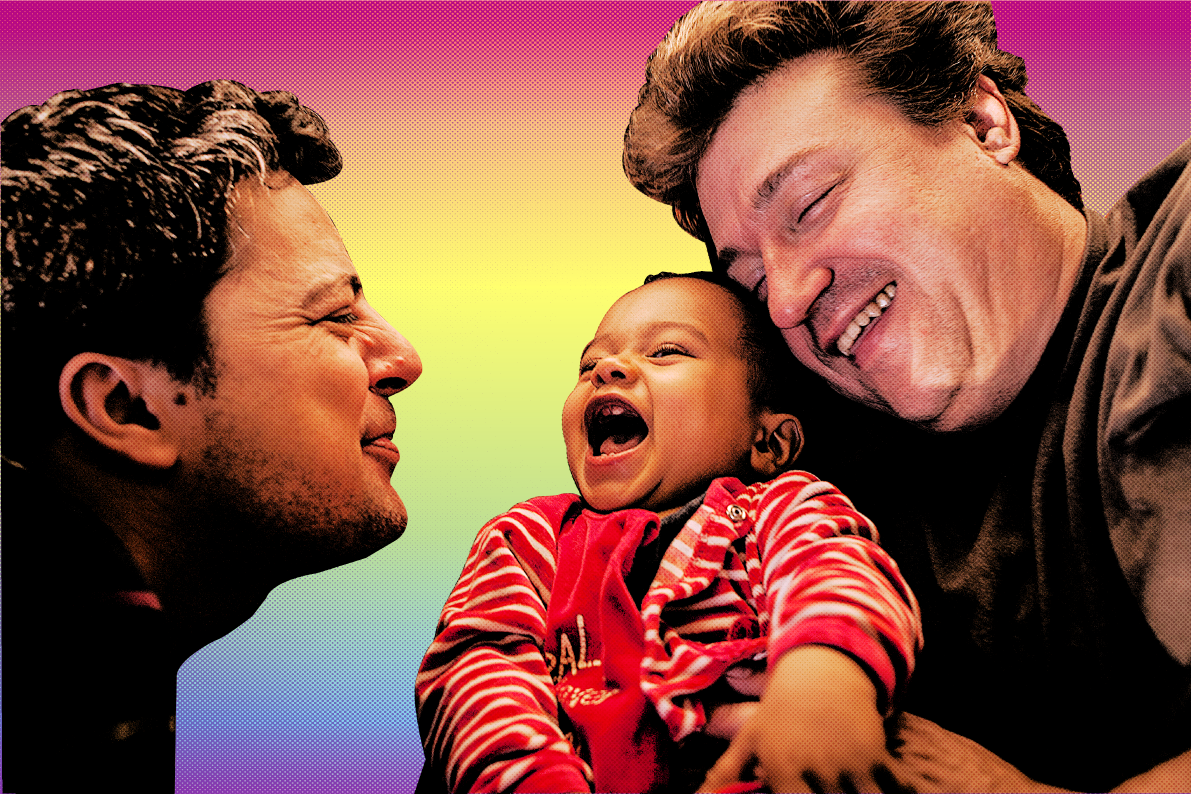 The kids of gay dads are all right, according to a new study. Researchers report that homosexual fathers’ assessments of their children’s well-being are nearly identical to those of heterosexual parents. Gay dads also report engaging in just as much active parenting as opposite-sex couples.

“Our data add to those of other investigators showing that children of same-sex parents do as well in every way as children whose parents are heterosexual,” said Ellen C. Perrin of Tufts University who presented her findings on Sunday at the Pediatric Academic Societies 2016 Meeting.

It’s true, there is a wealth of research on same-sex parents—and the vast majority of it finds no harm to kids. But there’s a notable lack of research focusing specifically on gay dads. The majority of the credible research on same-sex parents, as determined by a recent Columbia Law School review, looks exclusively at lesbian couples. The rest of the research looks at lesbian and gay, and sometimes bisexual, parents as a whole. But the researchers behind this latest study decided to focus in on the estimated 31,000 same-sex male couples raising children under the age of 18 in the United States.

Of course, this doesn’t objectively measure the children’s well-being—but it does show that gay dads aren’t reporting any more issues with their kids than straight parents.

The researchers also found that gay dads report engaging in things like “reading, feeding, and going on outings” with their kids just as often as heterosexual fathers, as compared to the 2006-2010 National Survey of Family Growth.

Now, where things were different was when it came to outside judgment. Gay dads reported experiencing “stigma and/or avoiding situations for fear of stigma particularly from family members, neighbors and in religious institutions,” and that their kids also encountered stigma or “avoided situations for fear of stigma particularly from friends and in religious institutions.” These fathers also reported difficulties with getting to parent their kids: 36 percent reported that their child was born in an opposite-sex relationship, and 33 percent “encountered barriers to sharing custody of their children.” And many had issues adopting their child or becoming a father through a surrogate: 41 and 18 percent, respectively.

In other words, gay dads say their kids are doing just fine—and that’s despite, as the study’s abstract puts it, tremendous “barriers to becoming fathers and ongoing experiences of stigmatization.”