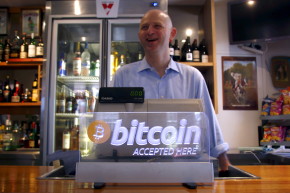 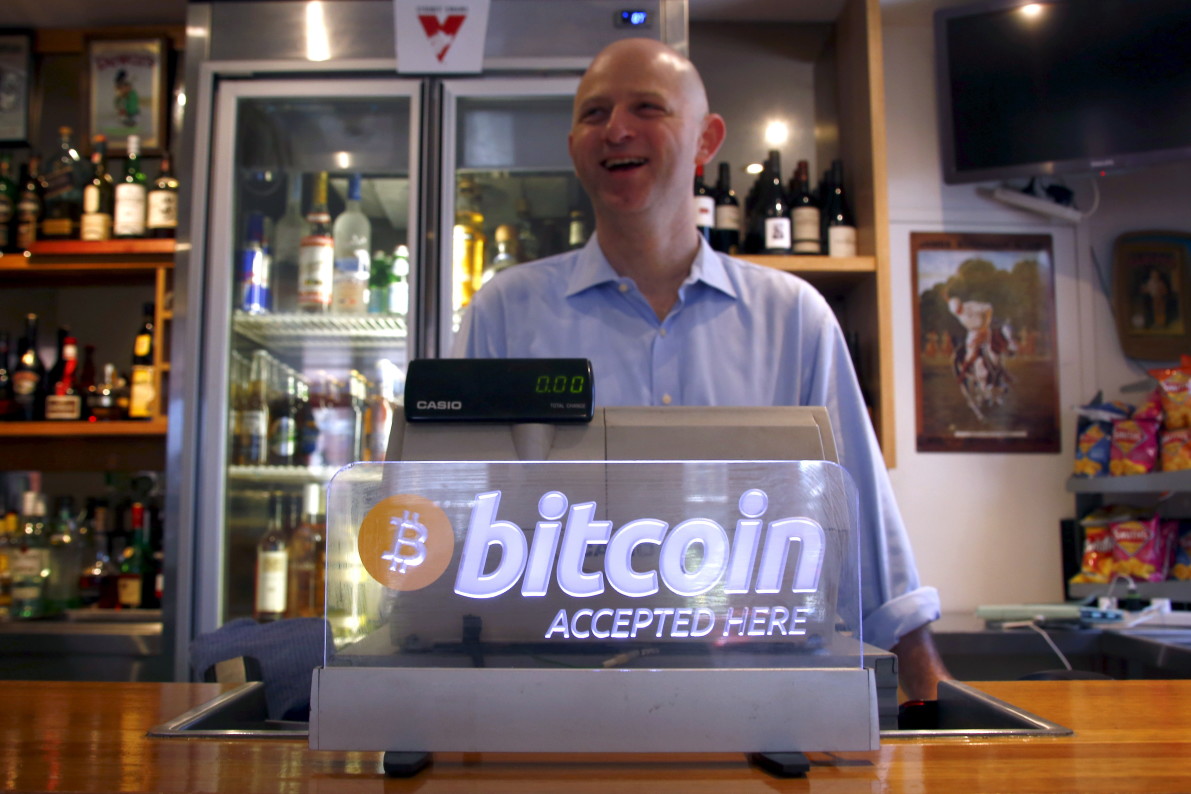 Publican Grant Fairweather behind a bitcoin sign at a bar in Sydney. — REUTERS
By Sarah Lynch
May 02, 2016 at 7:05 AM ET

In interviews with the The Economist, the BBC and GQ magazine, which said it will publish the interview in its next issue, Wright identified himself as the digital currency’s creator, known as Satoshi Nakamoto.

Wright was first linked to Bitcoin in December, when Wired reported on evidence suggesting Wright was behind the cryptocurrency. Gizmodo reported the same day that Wright was involved in its development.

On Monday, Wright sought to end speculation, not only in interviews with three publications but also with a post on his blog and a release by the public relations company Outside Organisation, which said Wright developed and launched the currency. “Wright had used the pseudonym Satoshi Nakamoto as a way to protect his own identity and on this historic day, he puts the Nakamoto myth to rest,” the news release said.

The statement said Wright’s decision to go public followed misleading information. “I didn’t take the decision lightly to make my identity public and I want to be clear that I’m doing this because I care so passionately about my work and also to dispel any negative myths and fears about bitcoin and the Blockchain,” Wright said in the release. “I cannot allow the misinformation that has been spread to impact the future of Bitcoin and the Blockchain. I’m now able to build on what I have previously completed by releasing my research and academic work and help people understand just how powerful this can really be.”

The Economist, however, was skeptical. “We interviewed him, reviewed the documents he has provided and talked to bitcoin insiders who have communicated with Mr Nakamoto in the past and who had access to the same information,” the publication explained on Monday. “Our conclusion is that Mr Wright could well be Mr Nakamoto, but that important questions remain. Indeed, it may never be possible to establish beyond reasonable doubt who really created bitcoin.”

The BBC said that in a meeting with Wright, the computer scientist digitally signed messages with cryptographic keys that were created early on in the development of Bitcoin, which launched back in 2009. “The keys are inextricably linked to blocks of bitcoins known to have been created or ‘mined’ by Satoshi Nakamoto,” the BBC reported.

But Wright seemed to expect that not everyone would take his claim at face value. “Some people will believe. Some people won’t. And to tell you the truth, I don’t really care,” he told the BBC.

Wright said he didn’t decide to reveal himself. “I had people decide this matter for me, and they’re making life difficult not for me, but my friends, my family, my staff,” he said. “I don’t want money. I don’t want fame. I don’t want adoration. I just want to be left alone,” he added.