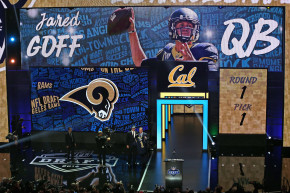 Is The NFL Draft Getting More Predictable?
By Jeff Andrews

Is The NFL Draft Getting More Predictable?

Aside from the surreal Laremy Tunsil drama, mock drafters had a pretty good handle on this year's draft 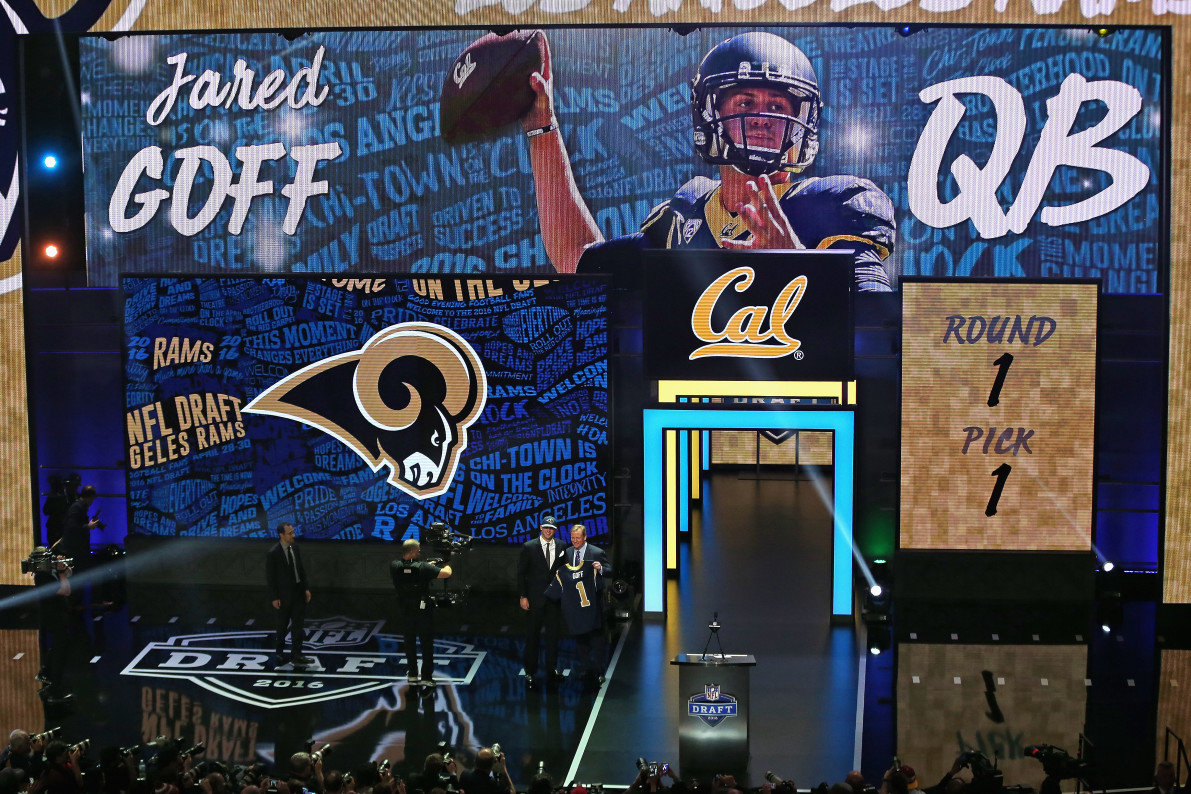 Laremy Tunsil’s tumble out of the top 10 after a video of him getting lit off a gas mask bong was tweeted from his Twitter account may have been the most bizarre and distinctly millennial occurrence in the history of the NFL Draft.

While it gave Thursday night’s proceedings the air of complete chaos, it masked a first round that was fairly straightforward relative to previous drafts. Much of the night’s intrigue was killed weeks ago when the Rams and Eagles traded up for the first two picks, and the only big surprise other than Tunsil was Myles Jack falling out of the first round entirely, although one can hardly be taken too off guard by a player coming off a major knee injury dropping.

Even the mock drafters—those notoriously (and somewhat understandably) inaccurate prognosticators—enjoyed a strong showing in predicting how the first round would unfold. Todd McShay and Mel Kiper of ESPN got roughly a third of their first-round picks right; McShay got 10 and Kiper got eight.

Furthermore, they were “close” on a lot of the picks they missed. McShay correctly identified the position the team would draft 18 times to Kiper’s 12 (for example, McShay had Minnesota taking receiver Josh Doctson instead of receiver Laquon Treadwell, who the Vikings actually took). McShay also identified the correct side of the ball (offense or defense) the team would take 23 times to Kiper’s 20.

Historically, this is amazingly accurate, and it’s part of a general upward trend in mock draft accuracy. Vocativ previously analyzed the 2013, 2014, and 2015 mock drafts by Kiper and McShay and found both men getting more of their picks right over the three-year period, and more of their wrong picks being “close.”

Is the NFL Draft getting easier for people to predict? Interest in the NFL Draft has risen precipitously over the last 10 years. While this has led to a lot of amateur mock drafters, it’s also led to more good reporting on the draft. This means the Kipers and McShays of the world don’t have to rely on their own scouting and reporting when putting together their predictions.

Looking at mock drafts from people at NFL.com and CBS, there were picks that most reputable mock drafters got right. Goff and Wentz were no-brainers. Most people had Ezekiel Elliot to the Cowboys and Jalen Ramsey to the Jaguars. Even later picks such as Ryan Kelly to the Colts and Treadwell to the Vikings were widely predicted.

Mock drafts as a whole are still essentially info-tainment, but over the short-term it appears the increase in information makes it easier to get a few more picks right.