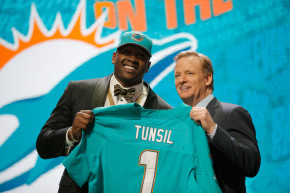 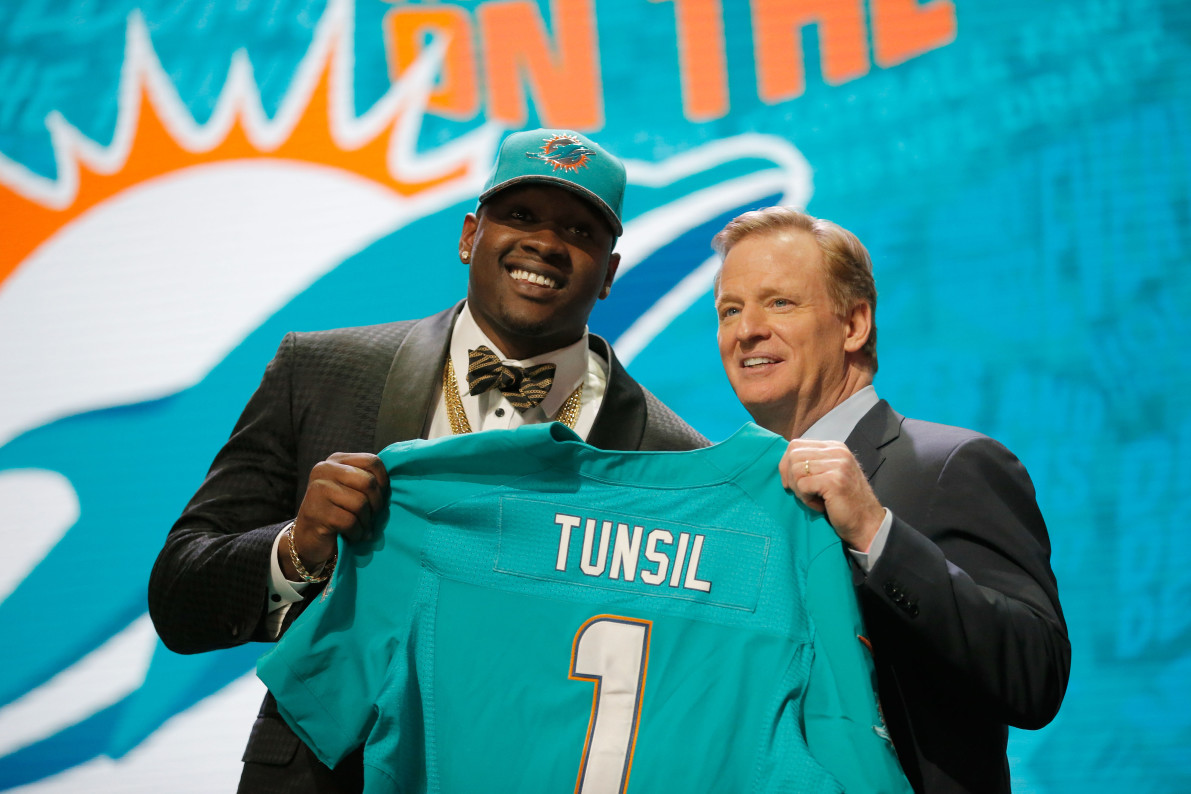 If you are of the opinion that the wholly overwrought, ridiculous three-day extravaganza that is the NFL Draft lacks oomph—or scans as nothing more than the televised restraint of free trade—well, the 2016 edition might have been the night to tune in.

Laremy Tunsil, a massive 6’5″ 310-pound offensive tackle out of the University of Mississippi, capable of shredding a sport utility vehicle with his bare hands in 4. 7 seconds, had been projected to land squarely in the top 10. He was a serious contender to go number one overall before the Los Angeles Rams and the Philadelphia Eagles sent the experts’ finely-crafted mocks into relative chaos by dealing for the top two picks.

But shortly before Chris Berman et al. had polished up their foreheads and were ready to really delve into a bunch of well-dressed college grads’ upside potential and/or leadership skills, Tunsil’s social media accounts went haywire. First, he—or someone out to royally screw him—tweeted a video showing Tunsil taking a few solid rips from a bong attached to a gas mask.

His account was quickly deleted, but because the Internet never forgets, the video was screengrabbed, ripped, and uploaded, his moment of youthful indiscretion preserved for all eternity.

For the NFL’s Powers That Be, this was an unforgivable offense. Teams wiped him clean off their draft boards such that he fell all the way to the Miami Dolphins at 13, a slide that’ll end up costing him somewhere between $7 million to $13 million dollars.

Of course, in the minds of some of the NFL’s grumpiest and most deeply wrong scolds, this was an example of justice being served.

“I hope Tunsil learned a lesson, a painful and expensive lesson,” NFL.com draft analyst Mike Mayock wrote in his pick-by-pick analysis. “He has enormous potential, but will be under tremendous scrutiny from Day 1.”

The madness was just getting started. Tunsil’s Instagram account was still up and running and so someone decided to post screenshots of messages showing Tunsil hitting up an Ole Miss assistant for money to help pay his mother’s rent.

Tunsil was later brought out to answer a few questions. He initially denied that he’d accepted any funds, but when pressed he admitted that the texts were accurate and were in fact his.

“Those were true,” Tunsil said. “I made a mistake of that happening.”

Laremy Tunsil addresses getting hacked on Twitter and Instagram.https://t.co/xoC3j2oczW

Right after Tunsil’s mea culpa, an unnamed official leapt to the stage to hurriedly usher him off.

someone came in with a head of steam to get Tunsil off stage (@RyanGinnBSB / Periscope) pic.twitter.com/zpbyAEdUcN

As to who might have posted all of this, Tunsil claimed the video was taken “years ago” and insisted that he was hacked.

“I don’t know why they hacked my account,” Tunsil said. “I didn’t do nothing to nobody. I’m harmless.”

Granted, it’s in all likelihood not an actual “hack,” so much as it is Tunsil being lax with regards to securing his personal passwords. That said, it’s pretty clear that Tunsil didn’t post any of this himself.

According to Deadspin, someone tried to sell them the video of Tunsil a few weeks ago. They rightly declined, because “a college kid smoking weed is not a story at all.” Suspicion has also fallen on Tunsil’s stepfather, Lindsey Miller, who is currently suing him for “intentional infliction of emotional distress.”

Naturally, he denied leaking the tape. “I don’t know nothing about no video,” Miller told TMZ. “I’m not even watching the draft … I was a Red Cross volunteer of the year. I would never do anything like this.”

But that’s not all. Later that night, a statement was circulated that purportedly came from Tunsil’s agent. It’s fake. Player representatives do not delve into the issues surrounding “open source hacking” and “cyber security legislation” when discussing their clients.

And while all of this hot gossip and scurrilous intrigue makes for a decidedly weird story, none of it will mean a thing come September, save for the fact that the Miami Dolphins lucked into top-five talent.

But if your reaction is anything other than sympathy for a young man who got jobbed out of millions by a bunch of panicky NFL executives and had to skirt NCAA rules in order to receive a tiny fraction of the money he deserves in exchange for his very valuable services, you’re missing the point. Namely, that the league’s arcane and draconian drug policies harmed one of the athletes they are ostensibly designed to protect.