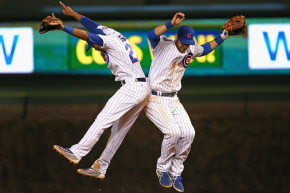 The Cubs Are Blowing Everyone Out
By Joe Lemire

The Cubs Are Blowing Everyone Out

If you've noticed a lot of blowouts this season, it's because the Cubs are winning big at an unprecedented rate 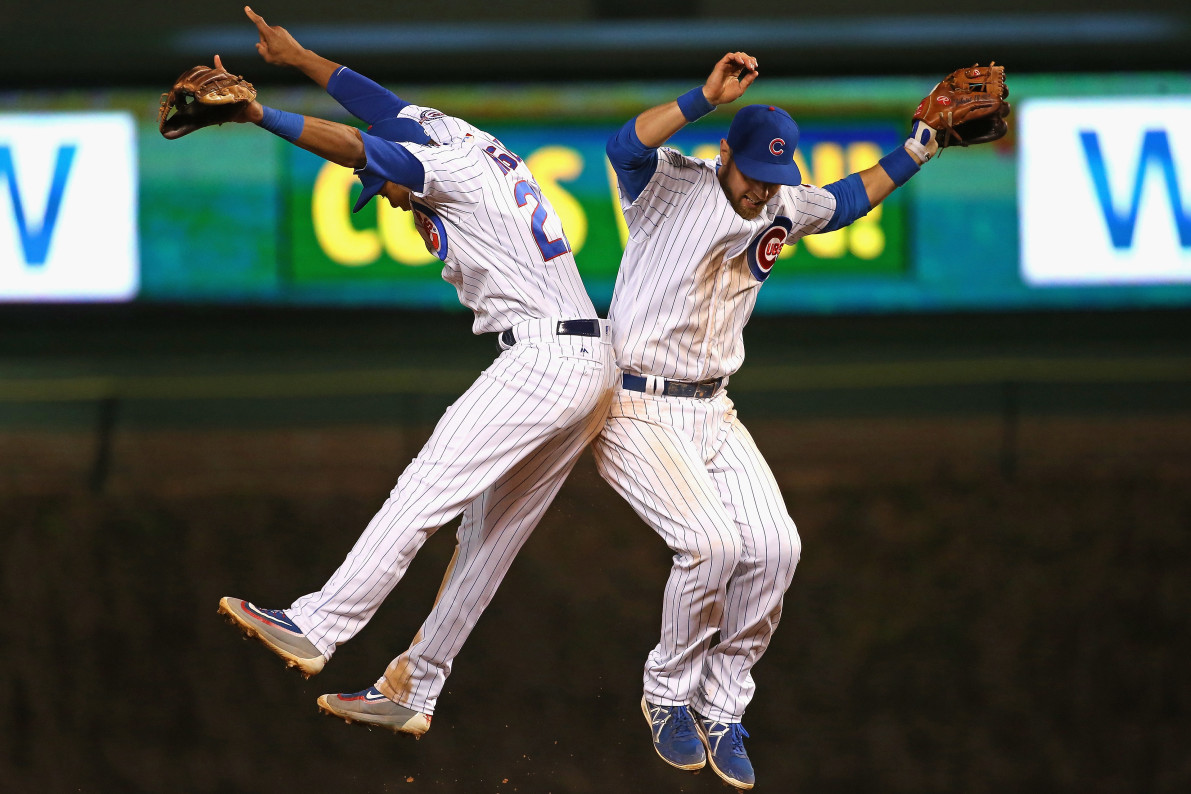 The National League’s middle class has all but disappeared, thanks mostly to the number of teams firmly in rebuilding mode. The result is that the elite NL teams are feasting on a glut of sub-mediocre squads that are, at best, pretending to be contenders.

ESPN’s Buster Olney noted recently that games played between two NL teams were 10 percent more likely to be a blowout. Citing Elias Sports Bureau as of Sunday morning, Olney said that the share of games decided by four or more runs—which had held steady between 34 and 36 percent the previous three seasons—was up to 46 percent in this young season.

That rate has already receded to 42 percent as of Friday morning, in no small part because the blowout factory Chicago Cubs only played three times in those five days, beating the Reds 9-0 on Sunday and the Brewers 4-3 on Tuesday and 7-2 on Thursday. So far in 2016, the Cubs have been a one-team wrecking crew, notching 12 of their 16 wins by at least four runs, according to Baseball-Reference.com data. (No one else has more than eight such wins.) Add in the Cubs’ two losses by that margin and two-thirds of their games have been lopsided. Chicago is 10-2 in lopsided intra-league games and also have won two routs over the American League’s Angels.

That is, in all likelihood, an unsustainable rate buoyed by seven early season meetings against the hapless Reds. The Cubs are 6-1 in those games, and only one of the seven was decided by fewer than seven runs. As division rivals, they’ll play another nine times, but the two early season-series have accounted for more than a third of the Cubs’ early games.

While the Cubs’ 16-5 record is only a little better than the AL leader—the crosstown Chicago White Sox—their run differential is more than triple their Windy City counterparts (+74 on the North Side, +21 on the South Side) because of the NL’s plentiful bottom-feeders. The Astros, Twins, and Yankees may have the AL’s worst records, but they do not appear to be bad teams, just clubs having bad Aprils. Intraleague AL games have only been decided by at least four runs 36 percent of the time, a full six points behind the NL.

The fact that a third of the NL is in full rebuild mode—Braves, Brewers, Padres, Phillies, and Reds—should alarm fans of close games. The Cardinals, who have played the second-most blowouts, are 8-3 in games won by four or more runs, feasting on those five rebuilding teams for six of those wins. That pace will also slow down, as the Cardinals have played more than half their schedule against that set of teams.

Since 2000, the highest-percentage of uncompetitive games any team has played is 53 percent, a mark that belongs to the 2002 White Sox. The Cubs’ 67 percent would be such an outlier that we should anticipate some normalizing. Then again, the Cubs still have 16 more games against the Brewers, 12 more against the Reds, and six each against the Braves, Padres, and Phillies. And if there is some regression, don’t expect it immediately as the Cubs play the Atlanta Braves three times this weekend, and the Braves are quite clearly the majors’ worst club.

The prevention of such drastic rebuilding—tanking, really—is a topic for another day. For now, however, the main culprit for all those blowouts are those dynamo Cubs, and surely they can’t keep it up. Uh, right?