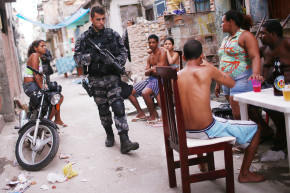 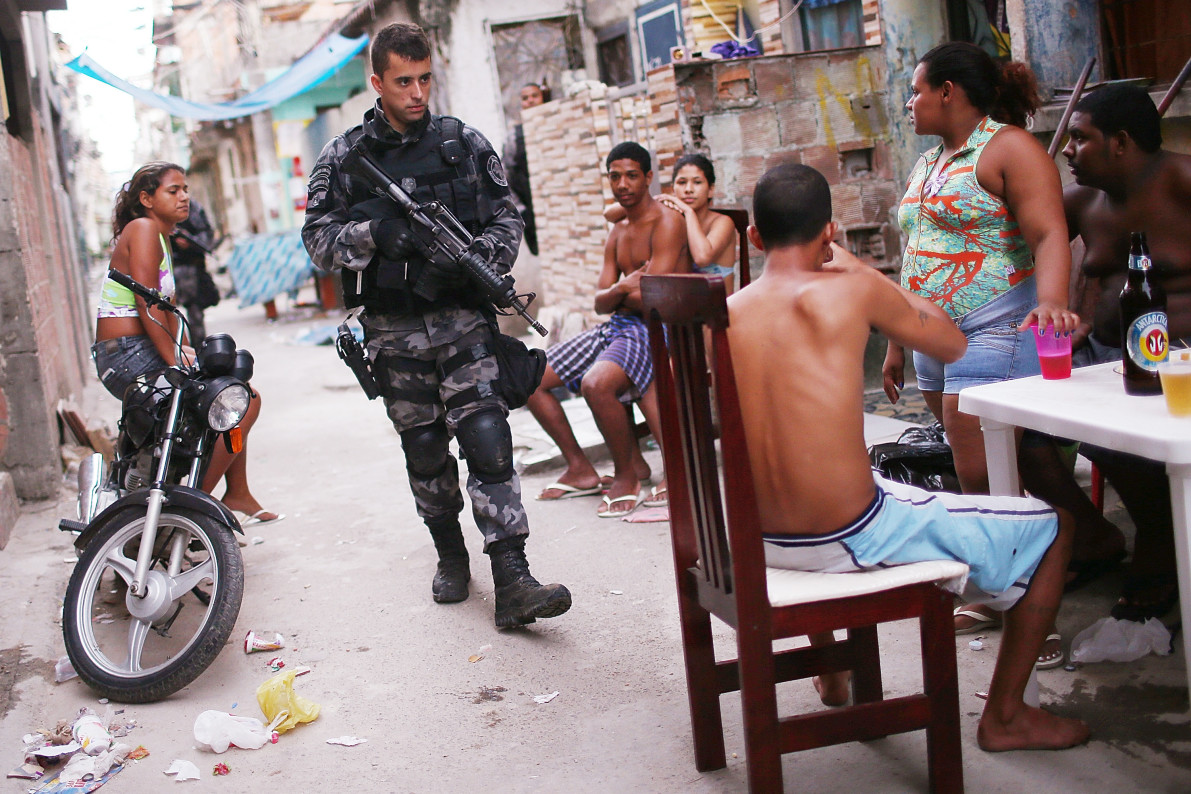 The use of deadly force by the police in Rio de Janeiro is on the rise, according to Amnesty International. This year has seen a 10 percent increase in police killings, with a reported 11 individuals shot by police in the first three weeks of April alone. Overall, 580 Brazilians were killed by those charged with protecting them in 2014, amounting to a 40 percent jump from previous year. The trend continued in 2015, as the death toll climbed to 645.

Though Amnesty International didn’t point a finger directly at the Olympics, they noted that “the statistics reveal a clear pattern of excessive use of force, violence and impunity that taints public security institutions. Many of these killings take place in the state of Rio de Janeiro, which will host the Games.”

And as Amnesty International detailed in its 2015 report on the Military Police in Rio de Janeiro, a large percentage of Brazil’s state-sanctioned violence was inflicted on young black men living in the favelas, where “extrajudicial executions” are the necessary by-product of a “shoot first, ask questions later” policy.

“Despite the promised legacy of a safe city for hosting the Olympic Games, killings by the police have been steadily increasing over the past few years in Rio. Many have been severely injured by rubber bullets, stun grenades and even firearms used by police forces during protests,” Atila Roque, the Executive Director of Amnesty International Brazil said.

“Until now, killings by police have for the most part not been investigated, rigorous training and clear operational guidelines for the use of ‘less-lethal’ weapons have not been established and the authorities still treat protesters like a ‘public enemy.’”

And should the locals once again decide that they’re not particularly happy with all this, Brazil’s got that covered too, thanks to the anti-terrorism legislation that was pushed through in February 2016. The law effectively allows the government to silence anyone that might dare to protest the free transfer of wealth and capital from the have-nots to the haves. It’s a law that the United Nations decried as “too vague and ambiguous, which are incompatible with an international human rights standards perspective.”

“Such ambiguities can lead to a very broad margin for discretion when applying the law, which can cause arbitrariness and misuse of its provisions,”the OHCHR Representative for South America, Amerigo Incalcaterra, said. “The dispositions of the proposed legislation alone does not guarantee that the law will not be used against protesters and human rights defenders.”

Off course, that’s exactly what happened during the 2014 World Cup in Brazil, when police deployed “a strategy of fear,” to club protesters into submission:

Military police units used tear gas indiscriminately against protesters—in one case even inside a hospital—fired rubber bullets at people who posed no threat and beat people with hand-held batons. Hundreds were injured, including a photographer who lost his eye after being hit by a rubber bullet. Hundreds more were indiscriminately rounded up and detained, some under laws targeting organized crime, without any indication that they were involved in criminal activity.

All of this scans as frighteningly familiar for any city that’s had the good fortune to host a super-sized sporting event like the Olympics. Under the guise of maintaining “national security,” police budgets and activities swell, a massive surveillance apparatus is created, dissent is quashed, and scarce financial resources are shifted away from the population—all to protect and defend the interests of a corporate-sponsored occupying army.

But if Brazil’s ability to brutalize and kill its own citizens isn’t worrisome enough, it’s worth remembering that, so far, every aspect of the preparations for the 2016 Olympics have been a complete and total disaster.

Shut it down, Rio. This isn’t going to get any better.