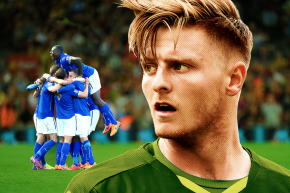 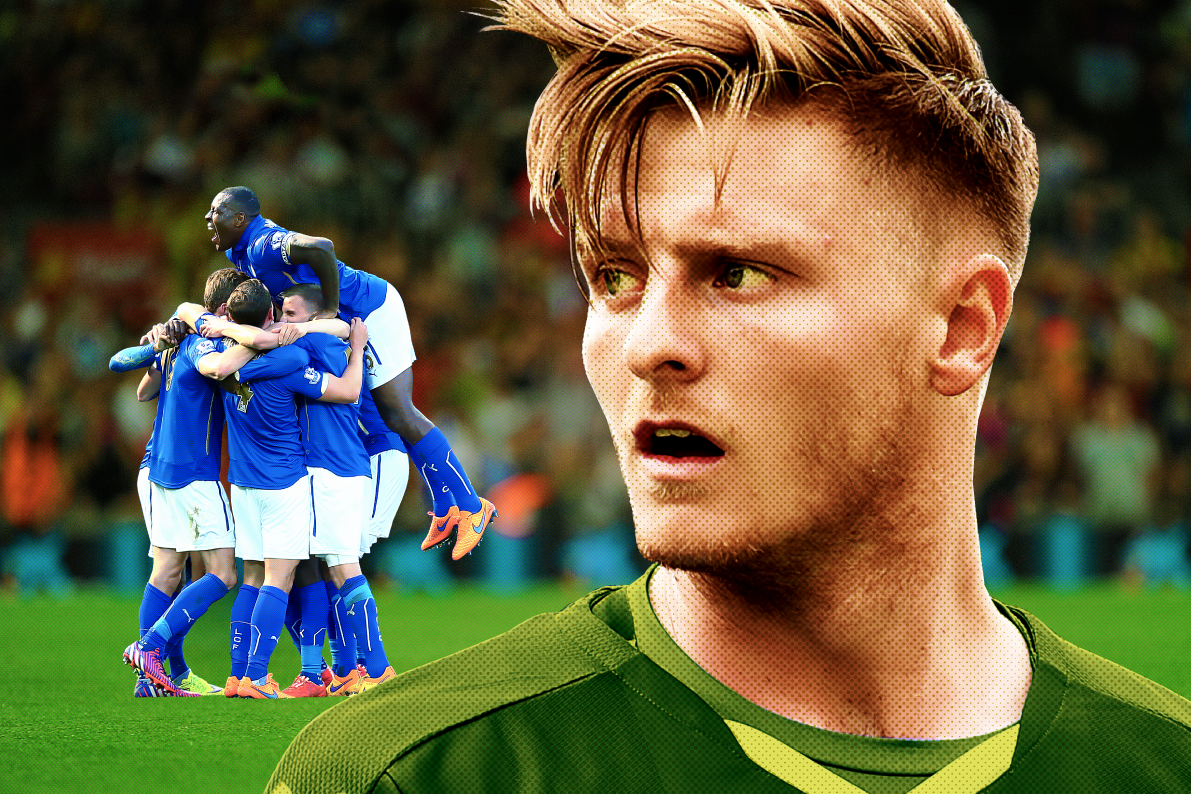 FOXBOROUGH, Mass.—Jack Barmby planned to wake at sunrise Sunday morning to watch the greatest story in international sports, as pre-season 5,000-to-1 longshot Leicester City take its first crack at clinching the club’s first ever English Premier League championship. The improbable—nay, almost impossible—outcome eventually came to fruition the next evening when second-place Tottenham failed to beat Chelsea, thereby clinching the title for Leicester.

Barmby, 21, is a member of Leicester but, like many developing players, has been loaned out for the season—in his case, to Major League Soccer’s Portland Timbers—so he now lives and plays eight time zones, a continent, and an ocean away from his teammates, such as likely Golden Boot winner Jamie Vardy.

When Barmby—the son of a two-decade Premier League veteran who developed in Manchester United’s youth program—signed with Leicester two years ago, the club had just earned promotion from the second division for the first time in 10 years. Last season, the Foxes endured a 13-match winless streak and barely staved off relegation. This year’s shocking success changed Leicester City’s direction, however, minimizing development opportunities for young players.

“When I joined, I expected to stay at Leicester,” Barmby said after Wednesday night’s 1-1 draw with the New England Revolution. “I think, if they had been relegated last year, it’d have been a different story for maybe the young lads, but obviously they’ve gone on and on and done unbelievable. It’s unbelievable for the club there. I still speak to the lads there. I love the lads there, and the back-room staff are really good. There are a lot of good people at the club. I’m happy for them, really happy.”

Coverage of the MLS in England has increased in recent years, likely owing to the wattage of stars like David Beckham, Thierry Henry and Steven Gerrard, so Barmby had kept an eye on SkySports’ coverage. When reigning MLS Cup champion Portland expressed interest last month, he jumped at the chance.

Barmby, who has a strong left foot and is most comfortable on the left wing, entered in the 62nd minute against New England, his third MLS game, and immediately found himself thrust in the middle of the action. On the defensive side, he conceded a foul deep in the corner, but the Revolution’s shot attempt was blocked.

Portland countered quickly, as Nat Borchers launched a deep ball that soon found itself on the foot of Darlington Nagbe on the right flank of the box. Nagbe lofted a crossing pass to Barmby on the back post, at which point the youngster pivoted his right foot swiveled his left leg across the body to chop the waist-high pass back across the goal mouth, where it bounded inside the right post.

“He took the goal . . . pretty well,” Timbers coach Caleb Porter said after a hesitation. “He was a little bit lucky, but he was in the right spot. Overall technique was pretty good on the play.”

Barmby realized afterwards that luck was better than skill on that shot.

“Coming in as a sub, it’s hard to get the intensity straightaway, but fortunately the ball fell to [Nagbe] and he chipped it back post—great ball,” he said. “I’d seen it quite late come over the defender’s head, so I didn’t get the cleanest contact but it was probably the most effective, if anything. If I had hit it cleanly, I probably would have missed. It’s nice to see it go in.”

While he rises early to watch Leicester City, his parents stretch their waking hours later to watch his games. Afterwards, Barmby presumed his phone would have a message from his parents.

“I haven’t checked, actually, but I probably have, yeah,” he said with a smile. “I’ve probably got my mum screaming into the phone at me or something.”

In the 89th minute, however, the Revolution’s Je-Vaughn Watson slipped past Bramby to redirect a back-post pass, beginning a sequence that led to a game-tying own goal.

“Probably at the other end, he made a mistake that maybe cost us,” Porter said. “With young players, you take the good and the bad and you learn from it and grow.”

Borchers praised Barmby’s willingness to do the “dirty work” for the team and likes his attitude and ability. “He comes in and he’s got a chip on his shoulder and wants to prove himself,” Borchers, a 12-year MLS veteran. “I’ve been very impressed with his work ethic and technical ability.”

Barmby is hopeful he’ll have time to grow in Portland. He was clear up front that he was interested in a longer stint in MLS.

“I wanted to come out here for the full season,” he said. “I think it’s [officially] a loan until the English window closes, and then I think we’ll sit down. I want to stay, so hopefully the club wants me.”

Barmby had visited the U.S. on holiday as a boy and played with Man-U’s youth team in a tournament in Dallas three years ago. He said he likes the American weather and way of life, not to mention the local fan base. The Timbers have sold out every home match they’ve played since debuting in 2011, with a season-ticket waiting list of more than 12,000. (There’s great disparity in MLS: The Revolution’s announced attendance on Wednesday was 10,144, but on a brisk weeknight, the actual crowd couldn’t have been more than a quarter of that total.)

“It’s a different culture, but the Portland fans are just as passionate, if not more,” he said. “I really like it. I’ve thrown myself into it. I’ve tried to get myself ‘Americanized,’ as you call it, and as quickly as I can.”

That means some adaptation in soccer—he said England’s second division tends to play more directly north-south toward the goal while MLS is more technical with intricate team passing—but also more broadly. Barmby has expressed interest in other sports, such as the NBA, NFL and golf, as well as Portland’s beer scene.

This Sunday, the biggest sports story—even in America—is upstart Leicester City. While the same four rich clubs (Manchester City, Manchester United, Arsenal and Chelsea) have won each of the last 20 championships, the Foxes and their 17th-ranked payroll (out of 20) claimed this year’s title, having been led by Algerian winger Riyad Mahrez and Vardy’s league-leading 22 goals.

“He’s a really good guy, really down to earth, but he’s crazy—he just loves football,” Barmby said of Vardy, who was previously best known for a racist rant that was caught on camera. “He loves Leicester. And he’s been like that for a while, but this season’s just been unbelievable for him. Everything he’s touched has gone in. He deserves it because he runs really hard and works his socks off.”

Barmby’s father, Nick, is one of only nine men to score goals for six different Premier League clubs, and his son may follow down the road. (One of Nick Barmby’s teammates at Tottenham was current U.S. national team coach Jurgen Klinsmann.) Jack has represented England at four different age levels, most recently the U-20 team. With his pedigree, training and physical ability, his potential remains high. For now, Barmby believes MLS is his best fit and he’s been happy to set his alarm clock to watch his Leicester lads from afar.