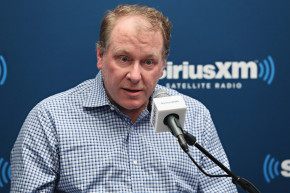 Who Is Curt Schilling Talking To? Himself
By Robert Silverman

Who Is Curt Schilling Talking To? Himself 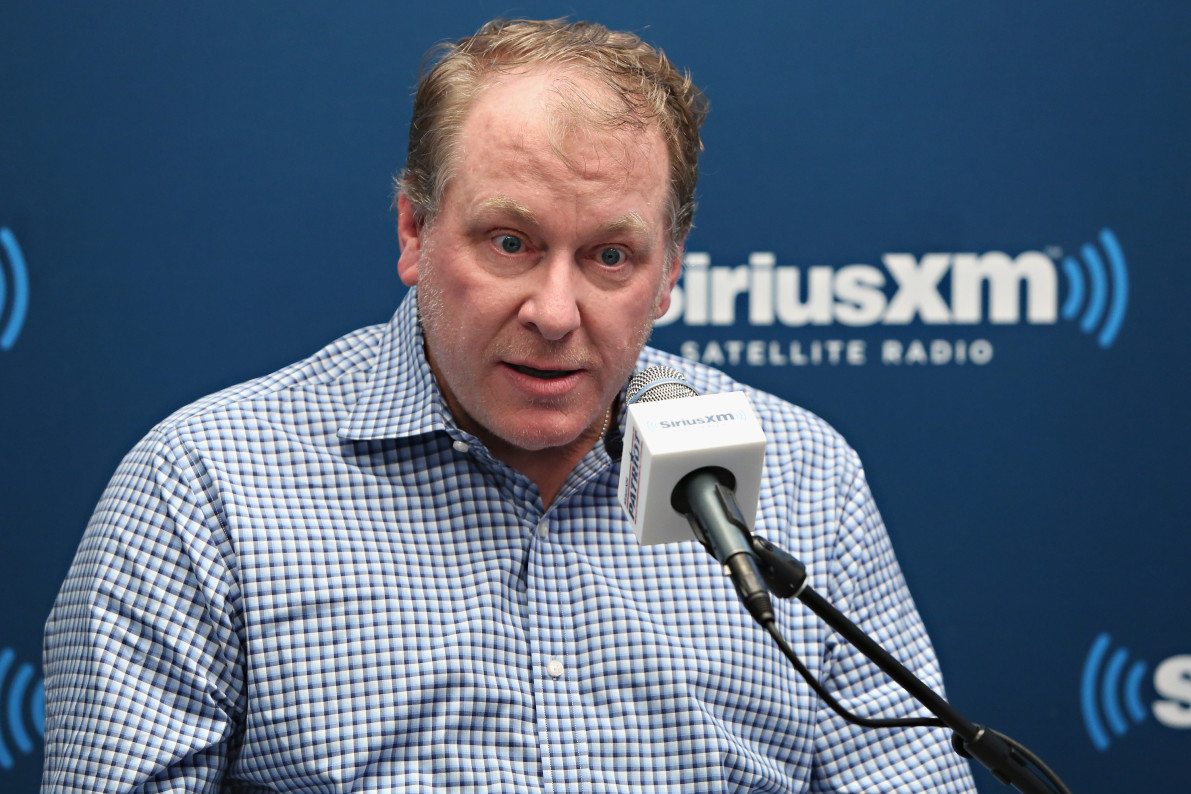 It took meeting him in person, but I think I might have figured out what the problem is with Curt Schilling.

On Wednesday morning, Schilling’s appearance at the Breitbart News Patriot Forum had just concluded and he was taking photos with a few of the fans that had trekked to midtown to hear the SiriusXM broadcast live. A few khaki-dads stood by his side, thanking him for “speaking out” while fumbling with their cell phones, unsure of the best way to take a selfie.

“My kids are so much better at this,” one said. Schilling agreed.

He then crouched in a chair surrounded by a small contingent of the press to answer a few questions; his pose was quasi-defensive yet comfortable. During the broadcast, the ex-pitcher and ESPN commentator said that after he’d posted the transphobic meme to his Facebook page that ultimately led to his dismissal from the network, his son, Grant, marched into his office to speak with him.

He described how Grant is active in the LGBT community and brings gay and trans friends of his over to the house all the time. Because Grant didn’t start out their conversation with, “Dad, we need to talk,” Schilling said he felt reassured that he hadn’t done anything wrong. “My wife, my kids, and my friends, they know me. For all the warts that I have, they know who I am, so…” Schilling said, shrugging while his voice trailed off.

I asked him if he’d spoken with anyone who did think what he’d posted to his Facebook page was transphobic. Schilling replied that he’d spoken privately with Christina Kahrl, a trans woman who works as a writer and editor for ESPN, and Steve Buckley, an openly gay columnist with the Boston Herald.

“Regardless of how much I want to say ‘You shouldn’t have been offended,’ I can’t tell someone what to be offended and what not to be offended by,” Schilling said. “The only thing I could tell them was ‘There was no intent.’ People took the picture to mean transgender people are these horrific monsters … It was something I responded to. Now, that doesn’t, you know, remove responsibility, cause it was on my Facebook page, but I keep going back to the fact that everybody that knows me knows that the comment was the thing.

“Offending is subjective,” he continued. “What you get offended by doesn’t offend me. What offends you doesn’t offend him. I mean, when we have to start creating laws or talk about creating laws around offense? That to me is some horrifically dangerous territory: to allow a legislative body or an elected body to deem what is and what is not offensive.”

Schilling didn’t specify which, if any, laws he could have possibly been talking about, but when asked if he could understand why people might have been offended, Schilling said, “I don’t, but I do.” Schilling then offered forth his system for determining whether or not a comment of his might come across as offensive.

“I always project myself on the other end,” Schilling said, meaning that he, when weighing and considering the impact of his words, creates a world only populated by other Schillings. If Curt is cool with something Schilling might say, it’s fine. As far as the entire question of “taking offense” goes, he doesn’t really think it’s a big deal.

“Being offended doesn’t rile me into action. And there’s a comedian I posted, he talks about being offended—nothing actually happens. You don’t wake up the next morning after being offended and catch syphilis.”

And therein lies the totality of Curt Schilling. What he doesn’t understand is the idea that there are people that are not Curt Schilling living on planet Earth, with a vast gulf of experiences which might lead to a worldview entirely different than Curt Schilling’s.

More to the point, he’s wrong. His words and beliefs aren’t just meaningless barstool blather; they lead to actual legislative action like the bathroom bills that are being rammed through state legislatures. Those bills exist because of people like Schilling, who, for all his protestations and denials, promulgate the fear and hatred of trans people along with the still-lingering, long-debunked notion that the gay and trans community is rife with would-be sexual predators.

So no, Schilling isn’t going to apologize. Whether he did so privately to Kahrl or Buckley, he didn’t say. For him, the problem lies with those that either deliberately or accidentally misconstrued the memes he’d posted, twisting his words to make him look like “a racist, sexist, homophobe,” he said. “None of which I am.”

As to the interview itself, it went more or less how you’d expect, given that Schilling was speaking with people who definitely agree with him. He was queried about pitching in the World Series while his ankle seeped blood and whether those durned millennials could ever muster so much manly American grit. He also offered a tepid endorsement of Donald Trump, vaguely suggested that the Civil Rights Act was and is a bad thing, and reminisced about how his own father would physically beat him if he ever behaved rudely to an adult or other authority figure.

At one point, Schilling even said he wished he could sign a form that would give his children’s teachers the authority to inflict violence upon them if they screwed up.

Given the full breadth of his beliefs, Schilling scans as frustrated and a bit bewildered by a changing political landscape that doesn’t exclusively cater to people like him. His refuge is the freedom to not really care about the reaction to the hateful things he’s said.

However, like all bigots, he doesn’t want to be considered a bad person, even while he continues to this day to be suckered by fake, racist memes. There’s a beefy charm about him, for all his flaws, and when he rails against bullies, you’re inclined to believe him. That he can’t see beyond his own nose is deserving of empathy, to be sure, if only Schilling weren’t so lacking in empathy himself.