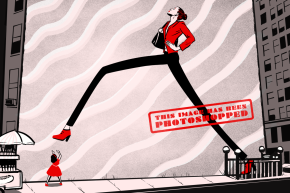 The Self-Esteem Drain Of “Idealized Bodies” Is Unavoidable

No matter how a retouched image is marked or mocked, its impacts remain largely unchanged 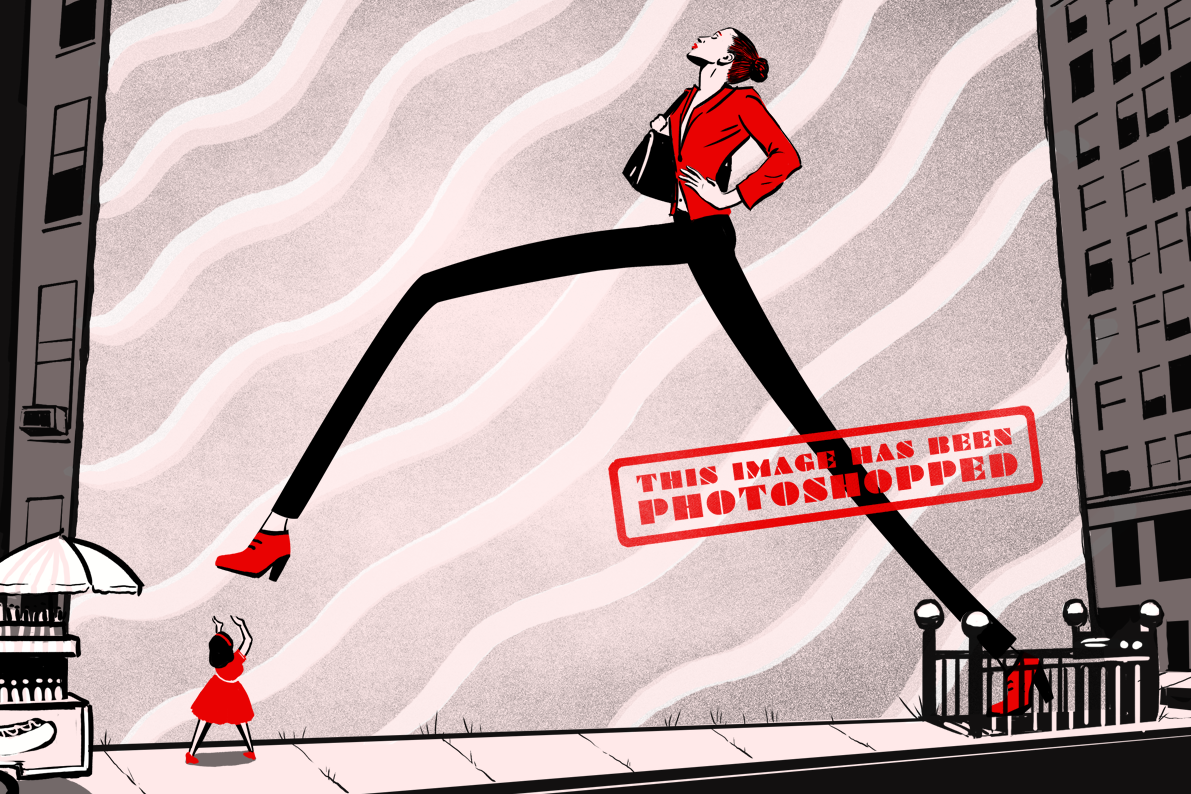 Sorry, ladies and gentlemen, but it looks like there’s no escaping the negative effects of digitally-altered, thin-ideal media exposure. A new study published in the journal Body Image found that ads that idealize thinness affect women negatively whether the women are aware that the image was Photoshopped or not.

The link between idealized advertising images and poor body image in the people who see them is nothing new. In fact, the American Medical Association has condemned the creation of unattainable beauty standards through Photoshop, arguing that these images impact young people’s self-esteem. So many body image activists have long pushed for some kind of labeling system to alert consumers when an image has been digitally altered. This way, they argue, the veil of perfection on advertisements and billboards would be lifted, making it impossible for viewers to view these images as “real.”

Lat year, following pressure from body image advocates, France passed a law requiring companies to ‘fess up to Photoshopped images and clearly indicate if a model has been augmented with the message, “Photograph retouched to modify the physical appearance of a person.” This legislation largely drew from Israel’s so-called “Photoshop law” passed in 2013, which requires ads to note when they have used image-altering software to alter body shape. The Australian federal government’s National Advisory Group on Body Image has also supported the use of Photoshop “warning labels.” But do they actually work?

“Poor body image is an issue that affects millions of people and the number of people who suffer from it is increasing,” Marilyn Krawitz, a law professor and advocate for Photoshop laws in Australia, told Vocativ over email. “It is important to research the impact that these Photoshop Laws have on the body image of the people who live in those jurisdictions.” She believe the existence of such laws in itself draws attention to body image issues, which she views as positive.

But, in the recent study, researchers from Chapman University surveyed 2,000 women, ages 18 to 65, with a variety of BMIs. The women were all exposed to images of, as researchers put it, “slender white women modeling bikinis.” These idealized media images were presented in any one of three conditions: without any kind of disclaimer; featuring the disclaimer “Warning: This photo has been PHOTOSHOPPED;” or featuring tongue-in-cheek so-called “subvertising” phrases like “FAKE!” or “I’m thinking about the last cheeseburger I ate…5 years ago.”

Researchers found that regardless of how the images of bikini-clad women were presented, the participants remained within the realm of somewhat dissatisfied to neutral in terms of body image throughout.

More Men Hate Their Bodies Almost As Much As Women Do

Research from an ongoing four-year study conducted by Flinders University in Australia has already shown comparable findings. In addition to self-reporting, the method used by Chapman University researchers, the Flinders studies use eye-tracking technology to determine how long women spend looking at images with and without Photoshop disclaimers. One study found that disclaimers that directed participants to look at a specific body area actually led to increased body dissatisfaction.

“Our earlier research shows that if, for example, a disclaimer label says ‘this image has been digitally enhanced to lengthen legs’, which we thought would be an appropriate message, people actually feel worse [rather] than better,” professor of psychology at Flinders University and lead researcher Marika Tiggemann told the Flinders University blog. “We think it’s because the reader’s attention has been drawn to the legs so they spend even more time looking at and comparing themselves to the model than if there were no disclaimers.”

For Chapman University lead author David Frederick, his study’s results simply indicate there’s no quick-fix to addressing the body image issues created by Photoshopped images. “I was fairly skeptical that disclaimer labels would work,” Frederick told Vocativ. “At this time, most people are generally aware that these images are Photoshopped … so we should be putting our research and efforts in other means as body image researchers and activists.”