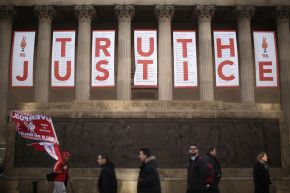 Hillsborough Inquest Finds Police To Blame For Tragic Death Of 96 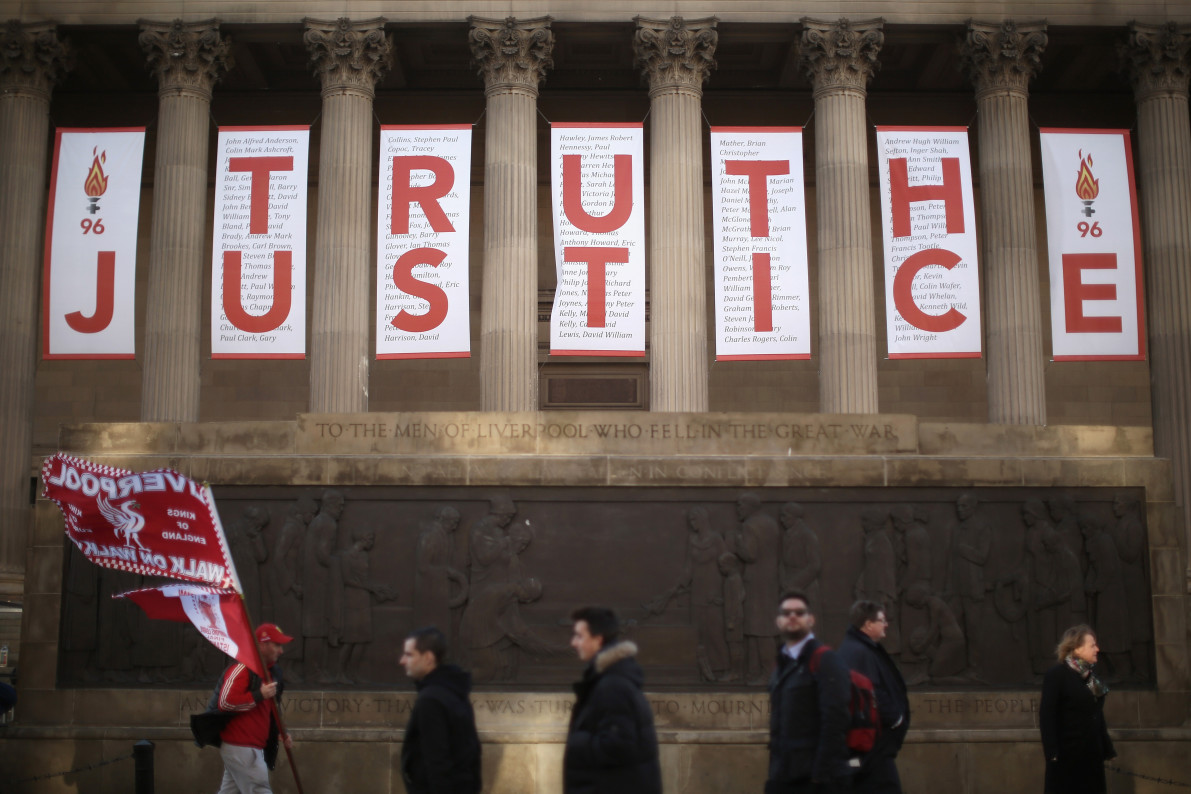 Nearly 100 fans died at a 1989 English soccer tournament game between Liverpool and Nottingham Forest and, almost three decades later, a jury has found the match commander “responsible for manslaughter by gross negligence.”

In order to keep potentially rowdy fans apart outside Hillsborough Stadium, a neutral site, police reduced the number of available turnstiles to enter the stadium. Overcrowding ensued, and former chief superintendent of South Yorkshire police, David Duckenfield, ordered an additional gate opened for fans to enter. The problem, however, is that an entry tunnel remained open and nearly 2,000 fans flooded a small space with no room to exit at the other end.

The crush was so intense that 96 fans died, many of traumatic asphyxia, unable to expand their chests to breathe. The original inquest deemed the tragedy a series of accidental deaths. The Sun even published the infamous headline of “The Truth” with allegations (later shown false) that some fans were pickpocketing, urinating on police, and attacked emergency personnel performing CPR.

The families of the victims, however, refused to accept the decision and so began the long legal battle that culminated Tuesday morning with blame for the incident clearly and unequivocally being placed mostly on the police but also on the stadium layout and the ambulance service. The disaster’s impact on English soccer has been far-reaching, particularly with the elimination of such standing terraces in favor of fully-seated stadiums.

An independent panel with unfettered access to all documents confirmed in 2012 an initial report’s finding that “failure in police control” was the key culprit and reported a huge police cover-up, with 116 of 164 police statements having been doctored. Duckenfield later confessed to his mistakes and lies.

That report quashed the first inquest’s verdict, which was reopened in 2014, beginning the longest jury case in British history. This week’s verdict completely exonerated the fans for any misconduct. It took 27 years, but the families’ rallying cry of “justice for the 96” was finally heeded. Many left the courtroom singing “You’ll Never Walk Alone,” Liverpool’s anthem.