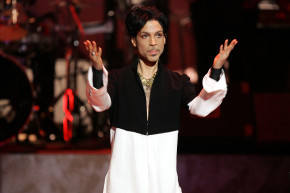 Prince’s Paisley Park Estate Will Become The Next Graceland

Move over, Chanhassen Dinner Theater: Prince’s Minnesota hometown has its next great tourist destination. The late pop star’s Paisley Park estate will be turned into a museum. Think of it as Minnesota’s very own Graceland.

Prince’s friend and collaborator Sheila E. told Entertainment Tonight that plans had already been in the works:

We’re hoping to make Paisley what [Prince wanted] it to be. [He] was working on it being a museum. He’s been gathering memorabilia and stuff from all the tours, like my drums and his motorcycle. There’s a hallway of his awards and things, which he really didn’t care about too much, but he displayed it for the fans because he knows that they would want to see it. There’s pictures of him all down the halls, some you’ve seen before and some never [seen]… There’s a mural on the wall with his hands out and on one side is all the people he was influenced by and the other side is all of us who have played with him… It’s beautiful.

Prince’s brother-in-law Maurice Philips also confirmed the plans to the Sun, saying it will be “for the fans” to be able to remember Prince. So what could visitors expect to see in the future museum? It’s hard to say.

Music fans visit a memorial outside Paisley Park, the home and studio of Prince.

Paisley Park is shrouded in the same kind of mystery that surrounded the Purple One himself. It was where the very private artist lived, recorded, partied, gave interviews, and did pretty much everything in between. Roughly 65,000 square feet in size, those who have visited say it includes a recording studio, a dance club, a soundstage, and a purple hued “relaxation room.” Other than that, descriptions of the interior come from the mouths of journalists and friends lucky enough to get inside.Those who entered weren’t allowed to take pictures, and journalists who nabbed the rare interview had to relinquish phones and recording devices once inside the compound. Time described Paisley Park like this in 1996:

The walls are ringed by zodiac signs, dotted by paintings of puffy clouds and gilded with the Artist’s gold records. High up on one wall is an illustration of two huge eyes – guess whose? – with a godlike sunburst beaming out from between them. […] And when the Artist is on the premises, a glass pyramid that crowns the complex glows with a purplish light.

And a music journalist who interviewed Prince at Paisley Park for Rolling Stone said in 1999:

The inside was much as I imagined. Custom velvet furniture. I recall heart shapes on the cushions and his famous male/female symbol on the wall. There were video cassettes of awards shows and a pair of caged doves.

The complex is also rumored to have a bunker that houses many of Prince’s recordings. In a separate ET interview, Sheila E. mentioned a “place down there that if tornadoes happen, that’s where you’re gonna go,” but she didn’t comment on the idea that all his unreleased recordings are housed down there, which is a topic that was explored in a 2015 documentary.

Which makes the idea of turning the place into a museum all the more enticing, but also slightly idiosyncratic when you consider how fiercely private Prince was.