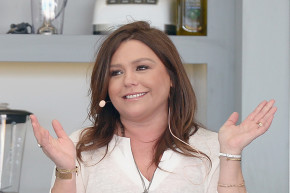 Rachael Ray, unfortunately, is only two letters away from the Rachel Roy, rumored "Becky with the good hair"

Over the weekend, Beyoncé dropped her latest project, Lemonade, which was quickly interpreted by fans as an autobiographical depiction of the time Queen Bey was cheated on by husband Jay Z. To add more to the intrigue, in the song “Sorry, the lyrics imply that one “Becky with the good hair” was the other woman.

Over the weekend, designer and stylist Rachel Ray added some nice pulpy fodder to the rumor mill, when she published a cryptic Instagram post suggesting she was, in fact, the derided “Becky with the good hair.” It’s important to note that Bey may or may not have been talking about a real person, who may or may not be Rachel Roy.

There are long-standing rumors that Jay Z cheated on Beyoncé with Roy. That infamous elevator fight between Jay Z and Solange? Some speculate that Jay Z’s relationship with Roy was the spark plug.

#PostAndDelete: The #Beyhive is dragging #RachelRoy after she posted this. Could it be possible shade to #Beyonce singing about the “Becky with the good hair” in her song ‘Sorry’? #Lemonade #DragSession

Roy’s post has since been deleted, but the damage had already been done. There’s no reasoning with an angry internet mob. A small rogue swarm from the Beyhive directed its ire towards Rachael Ray instead of Rachel Roy, and now the celebrity chef and TV host is getting an unusual amount of attention on Twitter.

Vocativ found that Ray’s Twitter handle was used 2,399 times yesterday. Ray’s twitter account is rarely mentioned more than 100 times per day, and only three times in April has it been mentioned more than 200 times (excluding Sunday). But she is currently on the receiving end of a lot of misplaced backlash:

@rachaelray is gonna have some explaining to do lol

@rachaelray shame on you!I opened a box of Racheal Ray pots from my wedding and three of the pots are dented. Never buying RR products ever

Leave poor Rachael Ray out of this. As for Rachel Roy, she is dealing in her own way, attempting to do damage control on Twitter, and cancelling a public speaking appearance because of a “personal emergency.” Of course getting to the bottom of this mystery is likely to be a futile, since hell will likely freezing over before Beyoncé ever confirms whether or not “Becky with the good hair” is a real person, or just a deliciously juicy bit of fiction.