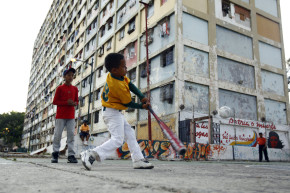 The Dangerous World Of Venezuelan Baseball
By Joe Lemire

The Dangerous World Of Venezuelan Baseball 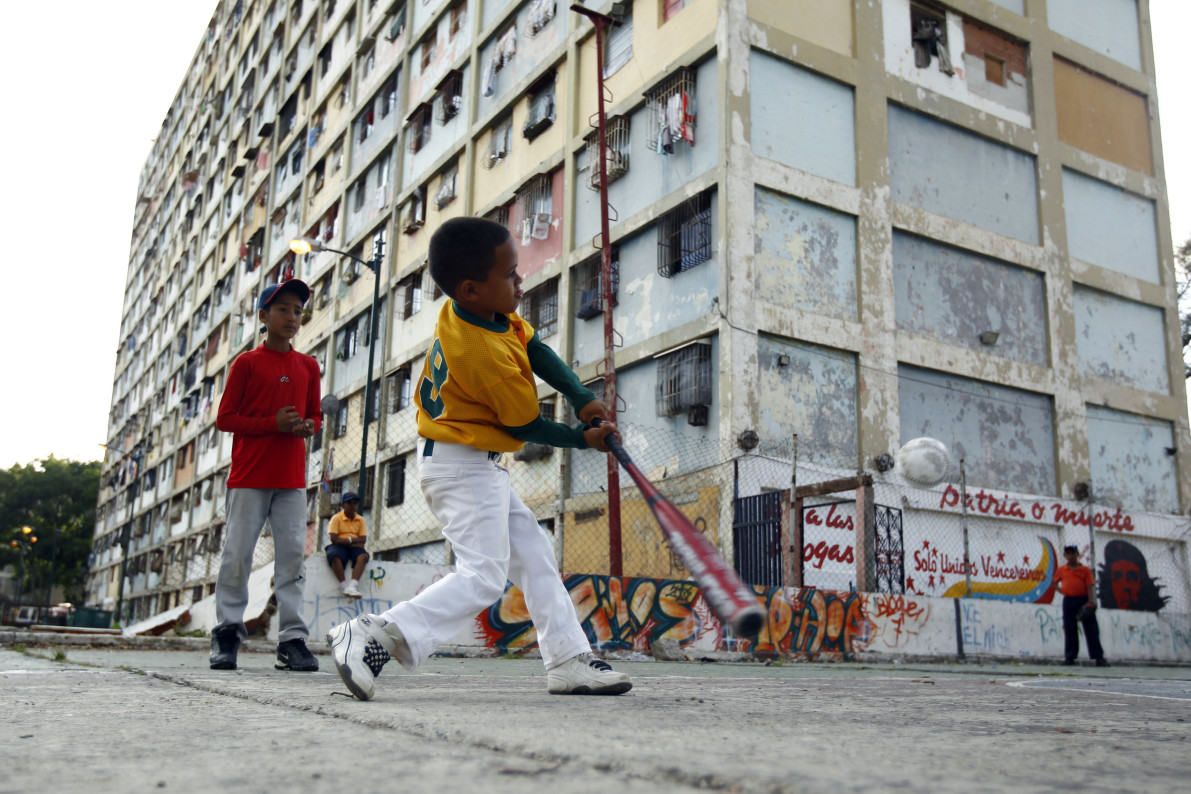 When baseball scouts visit Venezuela, they typically travel with bodyguards and in two- or three-car caravans, rolling through stop signs and red lights at night to avoid giving thieves a stationary target. Some organizations even take out kidnapping insurance policies on executives who travel there, thanks to increasing political and economic instability that has made Venezuela a dicey proposition for major league teams.

“There are terrific, terrific baseball players, but it’s fairly dangerous,” veteran international scout Chad MacDonald, a Braves special assistant to the general manager, said. “You have to be very aware of what’s going on. It cost us to fill up a car—total—12 cents. For the whole car. Gas might be free, but they don’t have enough milk or bread or medicine or toilet paper for their people there.”

The story of Venezuela as a baseball talent pipeline begins with the Houston Astros establishing the first training academy in Venezuela in 1989, which led to the team scouting and developing future standouts such as Bobby Abreu, Johan Sanatana, and Jose Altuve.

By 2002, 21 of the 30 MLB organizations had an academy in the country. That number has since dwindled to four: the Cubs, Phillies, Rays, and Tigers. There are so few that the Venezuelan Summer League, a minor league circuit for young signees, was disbanded this year. The San Diego Padres reportedly paid for Venezuelan prospects to fly to Aruba for a workout, an infraction of league rules.

One high-level executive has told the story about men with machine guns stopping his car in the road, ordering the two scouts out, searching them, and inspecting the car before letting them go. When another international scout arrived on his first trip to Venezuela late at night five years ago—around the same time that Washington Nationals catcher Wilson Ramos was kidnapped and held hostage for two days—he was startled by something he saw inside his security escort’s car.

“That’s a pistol under his hat on the dash,” he said, noting that over the last five years, conditions are getting “progressively worse.”

The price of oil, which constitutes 95 percent of the country’s exports, fell to a 12-year low, and the country declared an “economic emergency.” A drought lessened the hydroelectric output of the country’s dams and prompted the federal government to shut down electricity for four hours per day. The International Monetary Fund forecasts that inflation of the bolivar, which was 275 percent last year, will reach 720 percent this year. It’s possible only Syria’s economy is shrinking faster. Venezuela’s murder rate is among the world’s worst.

In December elections, the opposition party won a majority of seats in the National Assembly, which could lead to changes that will jump start the economy, but any turnaround won’t be immediate.

For now, the overall baseball talent level may actually be improving, possibly even as a result of the downturn.

He gave an example: on a recent trip, one of his fellow scouts developed an infection that required lancing and antibiotics. The doctor’s bill, after the currency conversion, was $5. Some doctors only make about $30 per month. When a few scouts shared a large pizza, it cost 8,000 bolivars, or about $7; the average monthly income is about $10.

Driver’s license numbers dictate when you can shop at grocery stores, with even and odd numbers alternating days. When one scout woke up at 3 a.m. before a 6 o’clock flight, there was already a long wait. “There’s people lined up for blocks,” he said. “I mean, a quarter of a mile.”

“It’s a complete destruction of the middle class,” said Blakeley, who has been regularly visiting Venezuela for 30 years. “In the hotel and at the ballpark, you don’t really get the sense that the situation is that bad, but they tell me it’s three, four hours and then you’re lucky to get anything in the grocery store if you’re waiting that long. When I was there, Congress had issued a decree of emergency on medical supplies. People were dying in the hospital because they simply didn’t have medicine.”

However, the number and caliber of Venezuelan-born major leaguers have been at an all-time high in the last five seasons and should continue to grow. Major League Baseball reports that the number of amateur players signed out of the South American country has grown from 191 in 2009 to 247 in 2014; while the sport’s natural rate of attrition will whittle down the number of actual big leaguers, most are signed at age 16, so few of those prospects have fully developed yet.

Still, local opportunities to develop players are lessening. The Pirates closed their academy back in 2011, and assistant general manager Kyle Stark, who oversees player development, said at the time, “With the political instability, we just didn’t feel safe operating there, so we pulled out.” The Mariners were the most recent to shutter their academy, doing so last year and relocating players to a new academy in the Dominican Republic.

Astros international scouting director Oz Ocampo, who has been traveling to Venezuela a dozen times per year for the past decade, wrote in an email, “We will continue to scout Venezuela aggressively, but it has gotten harder due to security issues. Besides airport/hotel/ballpark travel, we don’t travel more than 2-3 blocks past our hotel perimeter.”

All of the scouts interviewed for the story agreed that the baseball is as good or better than it’s ever been and the workouts tend to be punctual and well-organized. Many of the prospects are said to have learned a keen baseball sense at a young age.

“I embrace it,” the scout said. “The people are warm and welcoming. I love the baseball players there.”

Blakeley noted that star prospects will still get signed, but the lower- and middle-tiers of players may have trouble getting enough visibility with so many scouts making fewer visits to the country. (All teams also employ area scouts, but the supervising cross-checkers are less likely to travel there.) Safety is a major concern, and new visa restrictions are a hassle.

“Guys are fearful for their safety—[international scouting] directors—so maybe you don’t go there as much,” one scout said. “You might see a hit in that, five years down the road or two years down the road, the amount of Venezuelans to sign.”

Even Venezuelan players are less inclined to return to their native country. After signing a contract extension in 2013, Texas Rangers pitcher Martin Perez said the situation in his native Venezuela prompted his interest in a contract extension, saying he’d use his $1 million signing bonus to relocate his family to the United States. Many others have made the U.S. their permanent home and requested citizenship.

Padres infield prospect Carlos Asuaje, who moved to the U.S. when he was two, said he has received several invitations to play winter ball there—where most of his extended family still lives—but was advised not to go.

“I approached my parents with the idea and I talked to my family over there about it, and they told me not to do it, basically,” Asuaje said. “We’ve got to think outside of baseball when you make those decisions, especially me having so much family there.”

Asuaje’s parents had attended college in the U.S. and immigrated with their young children in search of better opportunities. Asuaje said education was always a priority, with his baseball participation dependent on his grade-point average.

“Looking back on it now, I’m so thankful they were like that,” he said. “If I didn’t have the motivation to do so well in school, this would have been an all-or-nothing bet for me.”

For those many still in Venezuela, however, there are precious few fallback options.