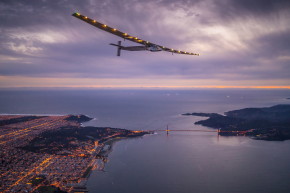 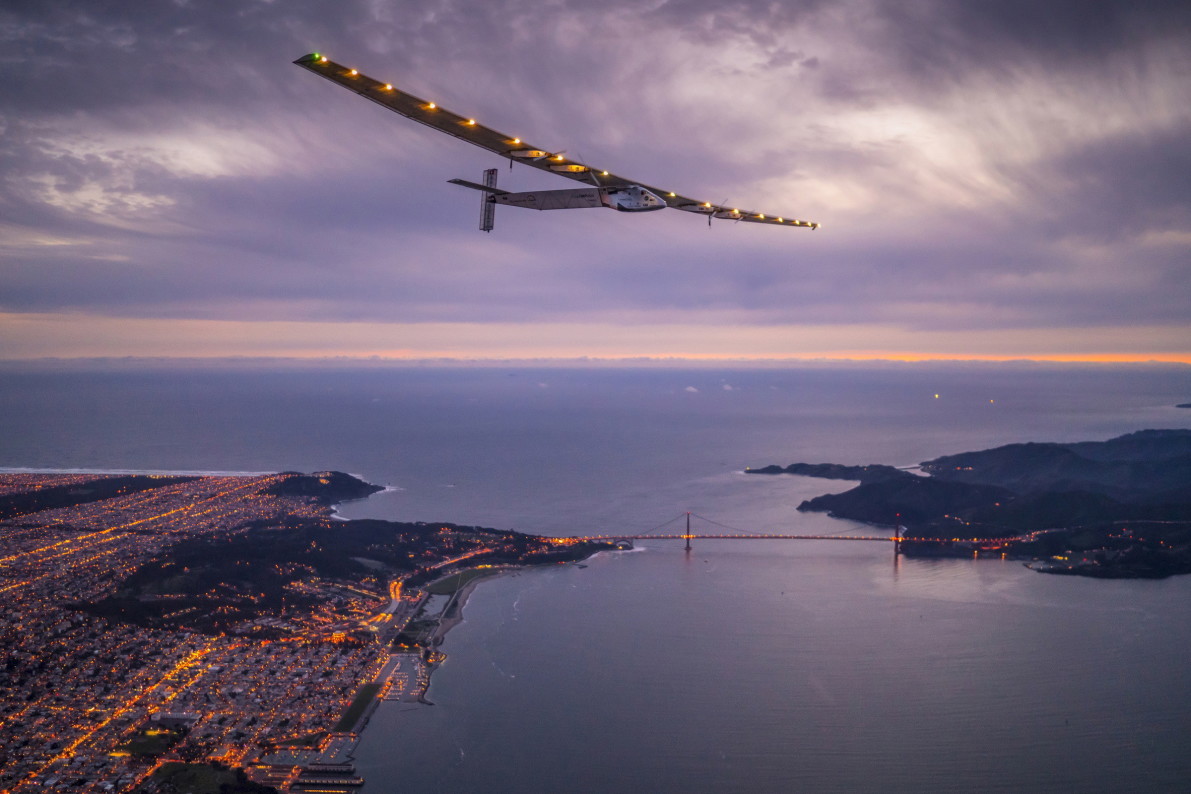 A solar-powered aircraft landed in California after flying for 62 hours and 29 minutes without fuel.

Called Solar Impulse 2, the plane left Hawaii on Thursday at 6:15 a.m. local time and touched down in Mountain View, a city south of San Francisco, on Saturday just before midnight.

More The Solar Impulse’s Long Journey Across The Pacific

Pictures and videos posted to Twitter showed solo pilot Bertrand Piccard emerging from the aircraft’s cockpit to a wave of applause after the flight, which is the latest—and a major—leg of an around-the-world trip that started in March last year in Abu Dhabi.

Hello California! And thanks to the #solarimpulse team, you were with me in the #Si2 cockpit! pic.twitter.com/4siUFnLX79

Piccard and André Borschberg are taking turns flying the aircraft, which is scheduled to head to New York this summer to continue its mission of promoting energy efficiency and the use of renewable energies.

“By attempting the first solar flight around the world, pushing back the boundaries of the possible, going into the unknown, and taking on a project deemed impossible by industry experts, Bertrand Piccard and André Borschberg want to support concrete actions for sustainability and show that the world can be run on clean technologies,” says a statement on solarimpulse.com about Saturday’s successful completion of the Pacific crossing.

After the plane landed at Moffett Airfield in California, a mobile hangar was set up to protect the aircraft. Its wings span as wide as those of a Boeing 747 but the aircraft weighs as much as a car, and runs at slow speeds maxing out at 87 mph.

Since starting its journey in March 2015, it has stopped in Oman, India, Myanmar, China and Japan, before heading to Hawaii and on to California.

Closing the mobile hangar, #Si2 can now rest after 3 days flying without fuel over the #Pacific ocean #futureisclean pic.twitter.com/6cJyQFxre3