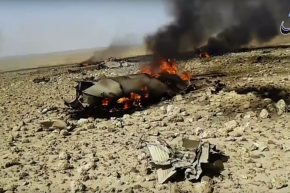 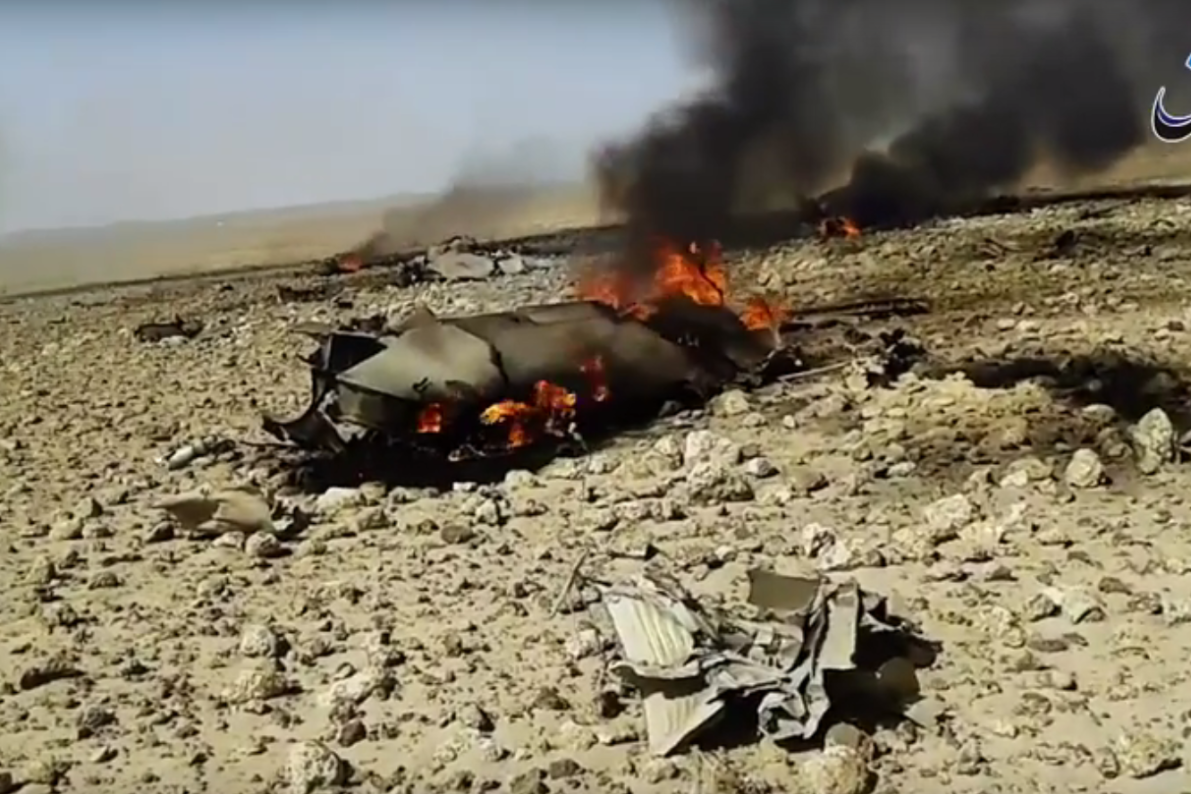 A screenshot from a video allegedly showing wreckage of the jet.
By Gilad Shiloach
Apr 24, 2016 at 6:19 AM ET

Dozens of ISIS adherents are engaged in a sickening debate about how to execute a Syrian Air Force pilot the terror group claims it captured. The discussion is taking place on a main ISIS forum, Vocativ discovered, and underscores how the terror group and its supporters champion brutality.

Some suggested shooting the pilot in the head, or crushing him with a concrete block. Others proposed methods much worse, and said he should be burned alive like captured Jordanian pilot Muaz al-Kaseasbeh was over a year ago. In February 2015, ISIS released a video claiming to show al-Kaseasbeh in a cage on open ground, doused in flammable liquid and set alight.

ISIS loyalists said the Syrian pilot’s murder should also be filmed. But this time it should focus on his facial expressions in order “to show his pain, as he didn’t learn from al-Kaseasbeh and continued dropping (bombs),” someone wrote on the forum. “Let him suffer like the Muslims suffer from the airstrikes.”

The Islamic State’s Amaq News Agency said the Syrian pilot, Azzam Eid, was taken after ISIS militants shot down a Syrian jet on Friday in the eastern countryside of Damascus. A Syrian military source, however, told the Russian news agency Interfax that the plane was not attacked, but crashed due to a technical issue, Reuters reported. The source said the pilot ejected.

A video posted by Amaq allegedly shows the burning wreckage of the plane, decorated with the Syrian flag. The video could not be independently verified as authentic.

After al-Kaseasbeh was captured in late 2014, the group’s supporters also brainstormed terror, taking to Twitter and online forums to discuss ways to kill him.