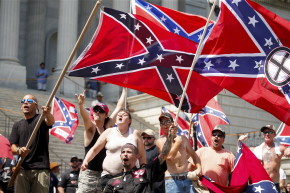 Counter-protesters fought with police during the heated rally 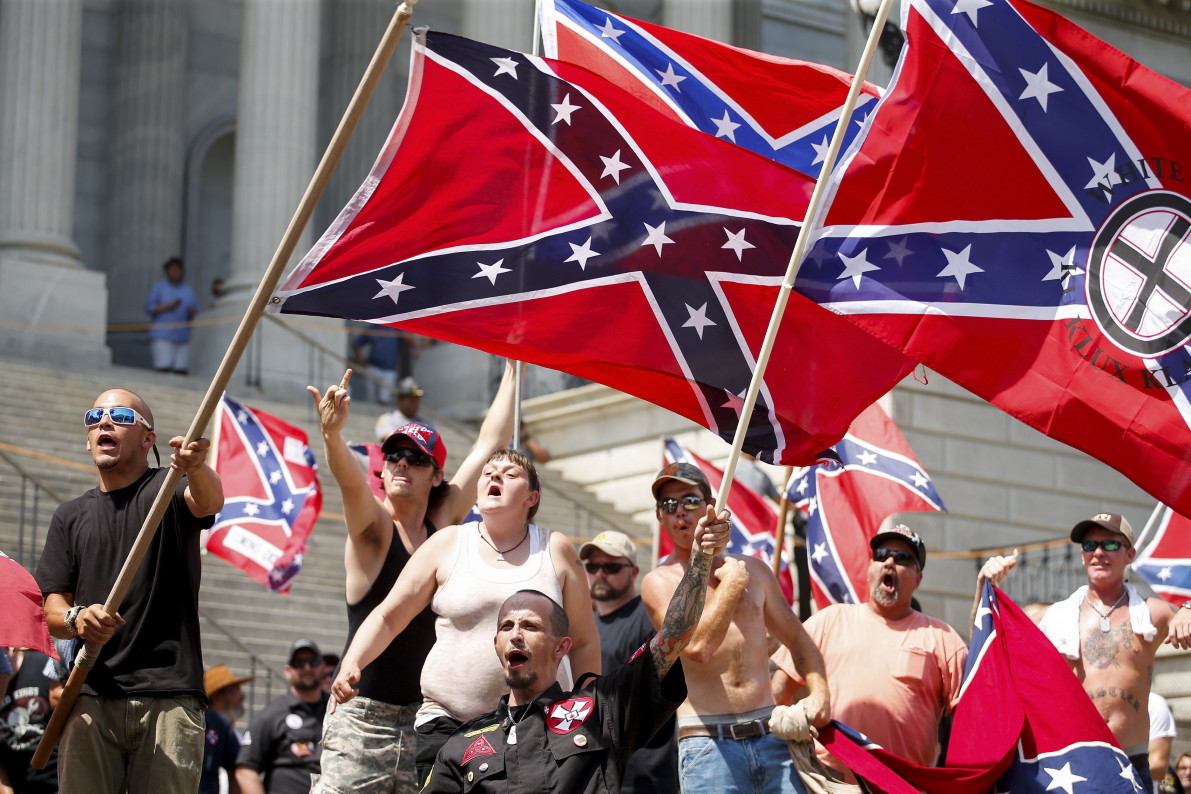 According to the Atlanta Journal Constitution newspaper, the violence erupted after demonstrators trying to reach the white power group “set a barricade on fire and hurled rocks and fireworks at police attempting to block them.” There were only about two dozen demonstrators at the “Rock Stone Mountain” rally, and they were outnumbered by hundreds of counter protestors, who chanted slogans such as “Black Lives Matter” and “Hey hey, ho ho, the KKK has got to go.”

The park at Stone Mountain remained open, but officials closed certain attractions out of safety concerns, including the cable car, the amusement center and the laser show. Police in riot gear were also on the scene, and helicopters flew overhead.

Arrests made as police in riot gear clash with counter-protesters at Stone Mountain https://t.co/ZZWUf9udDQ pic.twitter.com/TG3WIwlww9

Although the pro-white turnout was dismal—organizers expected up to 2,000 participants for the Confederate Memorial Day weekend event—participants considered the event a success. “They didn’t win. They didn’t shut us down. We had a successful, peaceful rally,” said Joseph Andrews , 37, of Kennesaw, as quoted by the Journal Constitution.