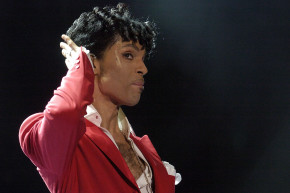 A Playlist Of The Best Songs Prince Wrote For Other People

Prince's own albums might not be on Spotify, but that doesn't mean he's completely absent

Let’s get one thing out of the way: it would be impossible to find everything the late Prince ever wrote. His body of work is vast and deep, and he had a tendency to work under aliases. That said, he wrote and produced music for a number of artists besides himself. And while his own work isn’t available on Spotify (due to his opposition to streaming royalties), the music he wrote for others is plentiful. Thats why we’ve put together a playlist for your listening pleasure.

There are songs on here you may have been aware of, and others you didn’t know existed. For example, you may have known that he worked extensively with Sheila E. and Sheena Easton. Maybe you knew he wrote “Nothing Compares 2 U,” which was made famous by Sinead O’Connor. But you might not know that he wrote the Bangles’ “Manic Monday.” Produced under the pseudonym “Christopher,” the track was originally intended for Apollonia 6, Prince’s girl group trio, but he decided their voices weren’t good enough for his brilliance.

The Purple One was also responsible for the entire existence of Morris Day and The Time, writing producing, and performing the vast majority of their early studio releases. And while that is widely know, what’s far less known is that he once wrote a song for Kenny Rogers. Called “You’re My Love,” it was recorded for Rogers’ 1986 album, They Don’t Make Them Like They Used To, and it was written under the name Joey Coco, another one of the Purple One’s nom de plumes.

Prince also wasn’t one to pigeonhole himself into a single genre, constantly working with a lot of different artists across a wide array of genres. As a gift to Celine Dion, he wrote “With This Tear” for her. He worked with Paula Abdul, wrote a song for Stevie Nicks, and even did a song for the movie Happy Feet. Yes, the movie about penguins. Similarly, he once did a song for The Muppets Tonight, even making a cameo appearance on the show.

Everyone loved Prince. People loved working with Prince. And given the man’s eccentric, shadowy nature, there’s a good chance that songs of his we don’t even know about are floating around out there.