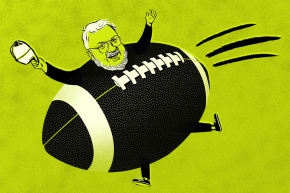 Guess what? A crippling addiction to the NFL is why Martin isn't done writing Game of Thrones 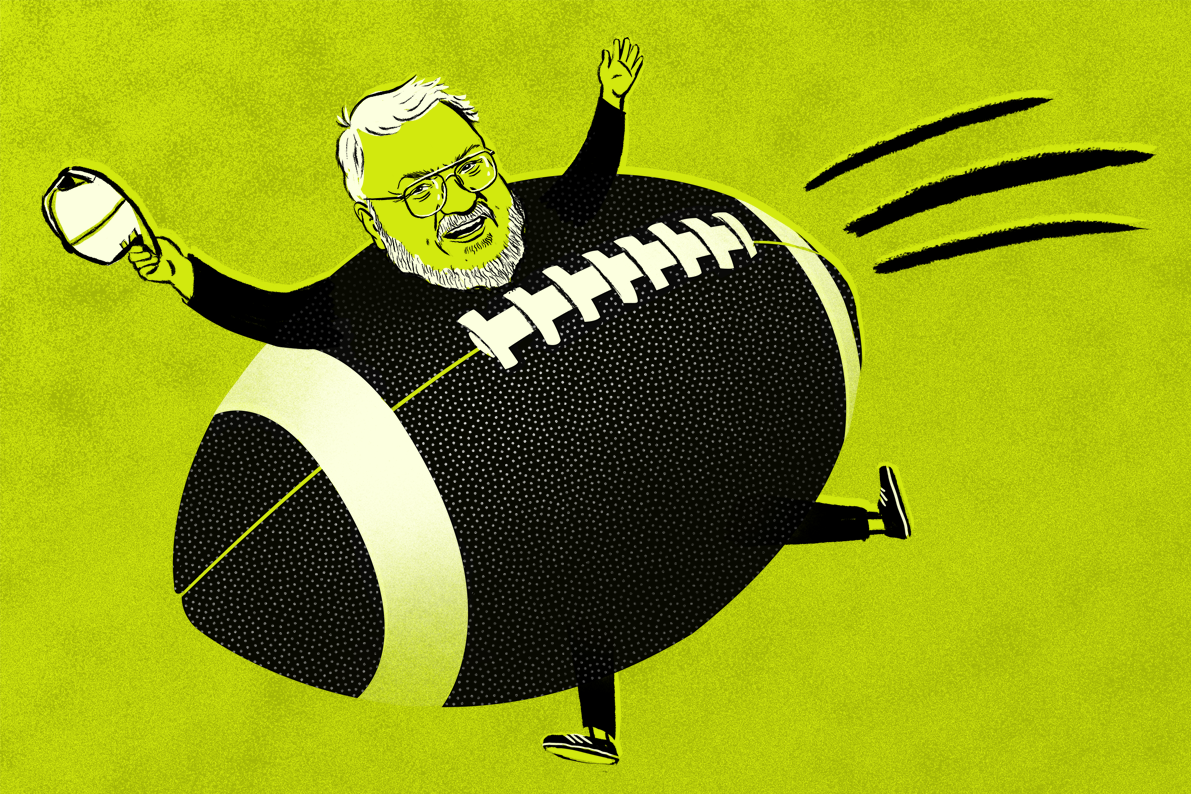 The sixth season of HBO’s Game of Thrones premiered on Sunday night, and its obsessive swarm of fans rejoiced. The long-running show is an adaptation of an even longer-running series of novels, A Song of Ice and Fire, written by George R. R. Martin. That series’ nagging lack of conclusion has some fans worried the once-prolific fantasy novelist might have a bad case of writer’s block. But we’ve got a better theory.

Thing is, it’s been a while since Martin’s put out a new book. He’s missed a few important deadlines, offering not-at-all-paliative reassurances that, yes, he will eventually get around to finishing, causing his rabid fanbase to lose its collective mind. Even an anodyne Facebook post from Martin about the Jean Cocteau Cinema results in a deluge of complaints and memes from some seriously thirsty dorks whose concerns are not at all unfounded.

We at Vocativ heartily ascribe to the theory, first put forth by Deadspin, that author George R. R. Martin hasn’t written a single terrible word about dragons and rape and swords and more rape in who knows how long. Martin isn’t almost done with anything; he simply hasn’t started.

One possible reason that Martin has no pages—though he’s insisted that said pages do exist—is the massive number of words he’s spilled writing about his beloved New York Jets and somewhat less beloved New York Giants on LiveJournal. Seriously. George R. R. Martin is a borderline-obsessive sports blogger. When could he possibly have found time to figure out how to wrap up Game of Thrones?

When the Jets made the brilliant decision to acquire future member of the United States Senate Tim Tebow, Martin felt compelled to tell the world about how it had made him spew his coffee. “This is the city that once embraced Broadway Joe,” Martin blogged, with prose that’s more or less comparable to that crappy Geocities page you intermittently maintained in high school. “Tebow would fit better in… well, if Branson, Missouri had an NFL team, that would be a perfect fit.”

Now, that’s a grand total of 183 words that could easily have been dedicated to writing about the the zombies beyond the wall or whatever the hell happens in his book that he’s not writing anymore. Instead, over the last 10-plus years, Martin’s become a sub-par football blogger.

More to the point, Vocativ calculated that Martin has written 56,829 words about the NFL on his LiveJournal. His previous five books have averaged approximately 345,000 words each. The longest, A Storm of Swords, clocks in at 424,000 words and the shortest is A Game of Thrones, at a mere 298,000 words, If, instead, he’d invested all that language carefully plotting out the internecine machinations of a bunch of faux-medieval bloodthirsty dullards and kinslayers, he would have been able to hand his editor(s) about 120 pages.

But that’s not all. Martin has leveraged his literary fame, jetting across the country to attend a whole bunch of football games in person, and even snagging an invite to drop in on the Jets training camp last year.

“Martin chatted with players, fans and Jets officials who surely wanted to know the fates of characters Jon Snow, Arya Stark, Sansa Stark and Daenerys Targaryen among others,” the Associated Press reported.

While there, he found the time to gab with Game of Thrones fan and former Jets offensive tackle, D’Brickashaw Ferguson, but he also did not write a single word that might eventually make up The Winds of Winter.

How do we know? Just ask Martin. “I can’t write, really, except in my own setting with my office around me,” Martin told January Magazine, “where I can really get lost in the world that I’m creating instead of the world around me.”

Even when he’s at home, he’s carving a good amount of time watching games on TV, what with having a productive and healthy blog-filing regimen, plus all three days of the NFL draft and repeated viewings of ESPN’s morning scream-fest, First Take.

How much writing has Martin’s football obsession cost Game of Thrones fans? Well, for a hardcore football fan like Martin, we’re assuming he doesn’t get much done on Sundays, playoff game days or NFL draft days. Over the last 10 years, we estimate he’s sacrificed 256 days to watching football.

How much can Martin write in a day? In an interview with BBC Radio, Martin said on a good day he can write five or six pages, which prompted Wet Paint to estimate that on an average day he writes about two and a half pages. That works out to roughly 1,500 words.

So if you care about George R. R. Martin, a dithering, sulky Jet fan pretending to be a working writer, please tell him to stop blogging about the Jets, and watching the Jets, and criss-crossing the country to see the Jets, who are a miserable excuse for a pro football team anyway.