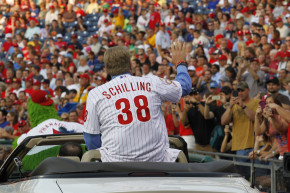 Curt Schilling is out of a job thanks to his own bigotry, but ESPN's hesitance to fire him rings bizarre 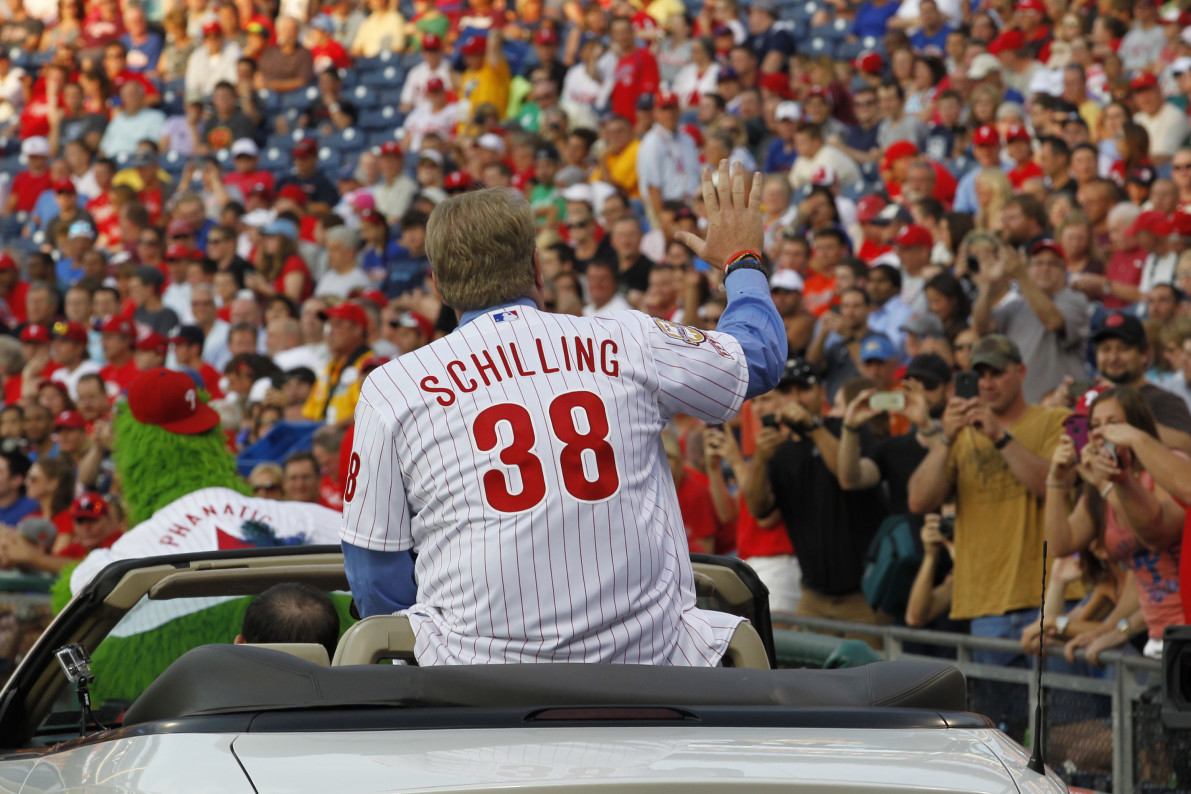 From the Department of Gee, What Took You So Freaking Long comes the news that ESPN realized keeping an unrepentant, unthinking bigot on the payroll might not be the best look for the Worldwide Leader. On Wednesday night, they announced they’d fired baseball analyst and horrible meme-sharer, Curt Schilling.

“ESPN is an inclusive company,” ESPN said in a statement. “Curt Schilling has been advised that his conduct was unacceptable and his employment with ESPN has been terminated.”

Evidently, Schilling’s bigoted Facebook post about trans people and bathrooms proved to be the last straw for his bosses, or perhaps it was his deranged, nonsensical cri de coeur of a blog entry, in which he both righteously defended his right to say whatever fool thing is rattling around in his head and claimed that he didn’t actually post transphobic nonsense.

Amazingly, earlier on Wednesday, a “weary and bewildered” Schilling went on the radio and tripled down on this line of thinking, according to the New York Times. “To be in a place where people actually believe I’m a racist or I’m transphobic says to me that something has gone horribly askew somewhere,” Schilling told WEEI. “I replied to the post. I didn’t post that.”

For the umpteenth time, Curt, when you jump on your favorite social media outlet and share someone else’s post, meme, picture of an adorable child or whatever, yes it does mean that you are expressing and supporting that sentiment, especially when you chime in with “men’s room was designed for the penis , women’s not so much.” [sic]

That said, ESPN shouldn’t be cast in some noble, virtuous light here. This is hardly the first time Schilling has gone off the rails, and yet, the only time he was punished or otherwise reprimanded was when he asserted that Hillary Clinton “should be buried under a jail somewhere.” His suspension was extended after he fired off a series of inchoate, angry emails to the sports media website Awful Announcing, though he did return for the MLB playoffs. Of course, in that brief interim, he continued to stick his thumb in his employer’s eye, flinging his usual dreck out into the world.

There’s more. So much more, none of which crossed a line by ESPN’s assessment. During the protests in Ferguson, he seemed to suggest that the best response would be the imposition of a police state. His Facebook page has long been riddled with pretty much the same kind of ill-informed, unfunny, and/or racist bunk that got him canned, and you don’t have to dig too deep into his timeline to locate pictures of his not-at-all-creepy collection of Nazi memorabilia. On Twitter, he alternates between even more crappy memes, calling a total stranger a “dinkus,” and getting into extended, science-free fights about evolution. That spat, oddly enough, resulted in his now former colleague, Keith Law, being briefly told to clam up, though ESPN has denied it.

Look, Schilling is right about one thing: he absolutely has a right to express himself and spout any and all of his wrongheaded, no-good opinions. But that doesn’t mean he’s being “silenced” or should expect to invoke that right and still hold on to a well-paying, prominent gig in media, as was suggested by the fine, level-headed people dotting his Facebook page with the #boycottespn hashtag and this representative from the Pee Drinking Good Boy Lobby.

ESPN & militant LGBT activists want to silence anyone who opposes its agenda. That’s why @gehrig38 got fired. They will silence you, folks

Luckily, Fox Sports is on the lookout for some hard-charging, take-no-guff “opinionists.” I’m sure Schilling will feel quite welcome there.