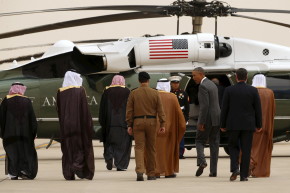 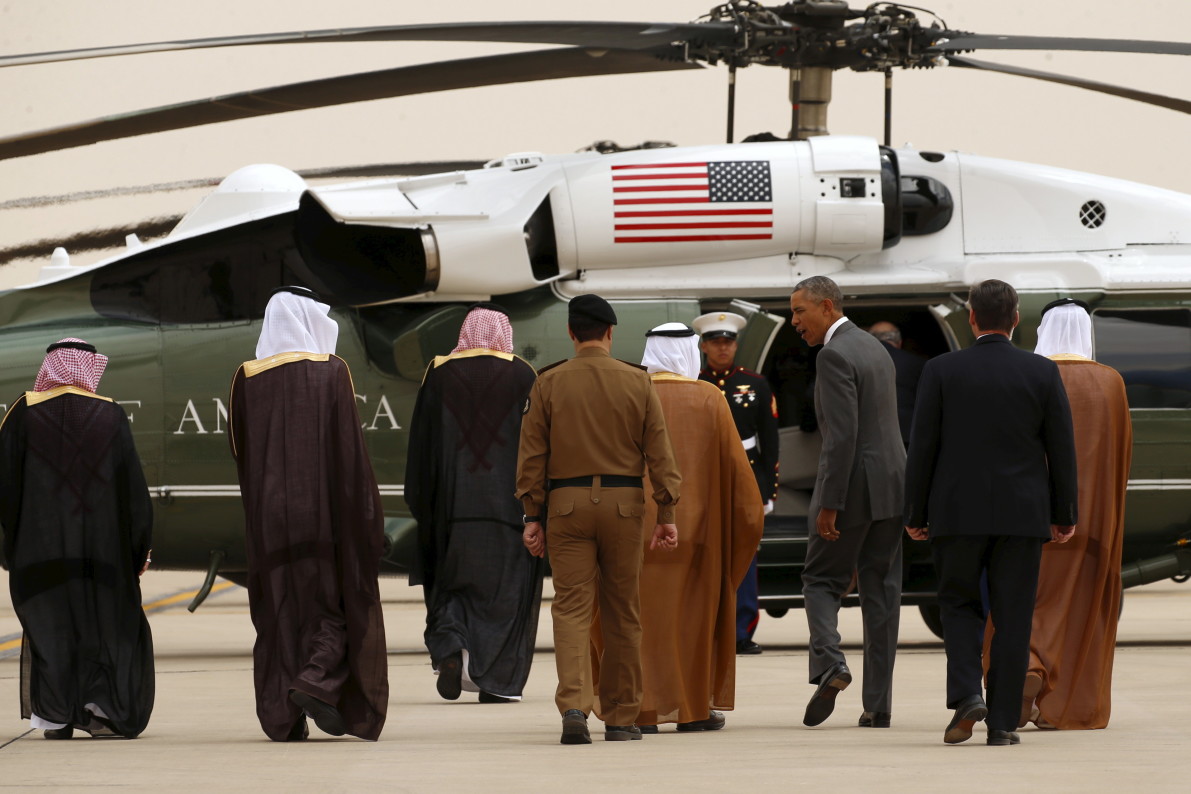 Deepening tensions between President Obama and Persian Gulf allies have done little to slow the proliferation of advanced military weapons in the volatile region.

Even as Saudi Arabia and other members of the Gulf Cooperation Council clash with the United States over Iran, Syria and the Islamic State, they continue to snap up American-made attack helicopters, bombs and warships. All told, GCC countries inked more than $22.5 billion in arms deals with the U.S. since their leaders met with Obama at Camp David less than a year ago, a Vocativ analysis found. And as the block of oil-rich nations prepares to powwow with the president again on Thursday, this time in Saudi Arabia, they are poised to splurge on billions more.

“The White House claims these sales are going to stabilize the region, but it’s the opposite,” William Hartung, a senior adviser to the Security Assistance Monitor, a watchdog group, told Vocativ. “The idea that you can reassure the GCC with more weapons makes no sense. It’s a huge mistake.”

The sale of fighter aircraft, missile defense systems and other U.S. military technology has become a pillar of American diplomacy in the Middle East during the Obama administration. Arms deals to GCC states surged to $68 billion during the president’s first five years in office, more than triple the $22 billion in defense sales brokered with these countries during the entire Bush administration, according to figures compiled by the Defense Security Cooperation Agency. In 2012 alone, arms agreements between the United States and Saudi Arabia topped $35 billion and included everything from Gatling guns to Apache helicopters.

Obama’s recent rounds of arms deal diplomacy resulted in 15 separate sales to Gulf nations between last May and the end of February, DSCA figures show. They included F-16 fighter jet upgrades for Bahrain and anti-aircraft missiles for Oman, to the tune of $150 million and $51 million, respectively. The United Arab Emirates agreed to fork over more than $1 billion on multiple missile warning systems and thousands of precision-guided bombs. Meanwhile, more than $21 billion in defense sales to Saudi Arabia went toward a bevy of battleships, Blackhawk helicopters, machine guns and more than 1 million rounds of advanced ammunition.

“The United States is committed to the security and stability of the Gulf region,” said David McKeeby, a spokesman for the State Department’s Bureau of Political-Military Affairs, which authorizes U.S. arms deals. “Defense sales and related U.S. security cooperation activities fit into our overall regional diplomatic strategy.”

The weapons-buying bonanza comes amid a growing proxy war with Saudi Arabia’s arch rival, Iran. It also reflects a willingness among Arab nations to flex their military muscle in a region awash with war and sectarian violence that the U.S. increasingly wants to avoid. By outfitting Gulf states with additional high-end military equipment, Obama can avoid committing American troops to future conflicts in the region, which remains widely unpopular following the wars in Iraq and Afghanistan.

The increased militarization of Saudi Arabia and its neighbors, however, could prove to be dangerous and costly. Analysts point to the deepening crisis in Yemen, the Arab world’s poorest country. Using weapons and fighter jets purchased from the U.S. and Great Britain, a Saudi-led coalition has bombed Yemen continuously for over a year. More than 3,200 civilians have now been killed during the fighting, the vast majority by these airstrikes, according to the UN’s Office of the High Commissioner for Human Rights. Millions more are in need of food, water and medicine.

And there are still no signs that that war will end anytime soon.