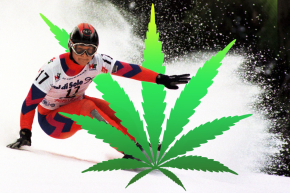 The Serious Athletes Who Love Weed, And Say It Helps Them Train
By Joe Lemire

The Serious Athletes Who Love Weed, And Say It Helps Them Train

Ross Rebagliati, an Olympic gold medalist, is just one of the athletes challenging the stereotypes around marijuana 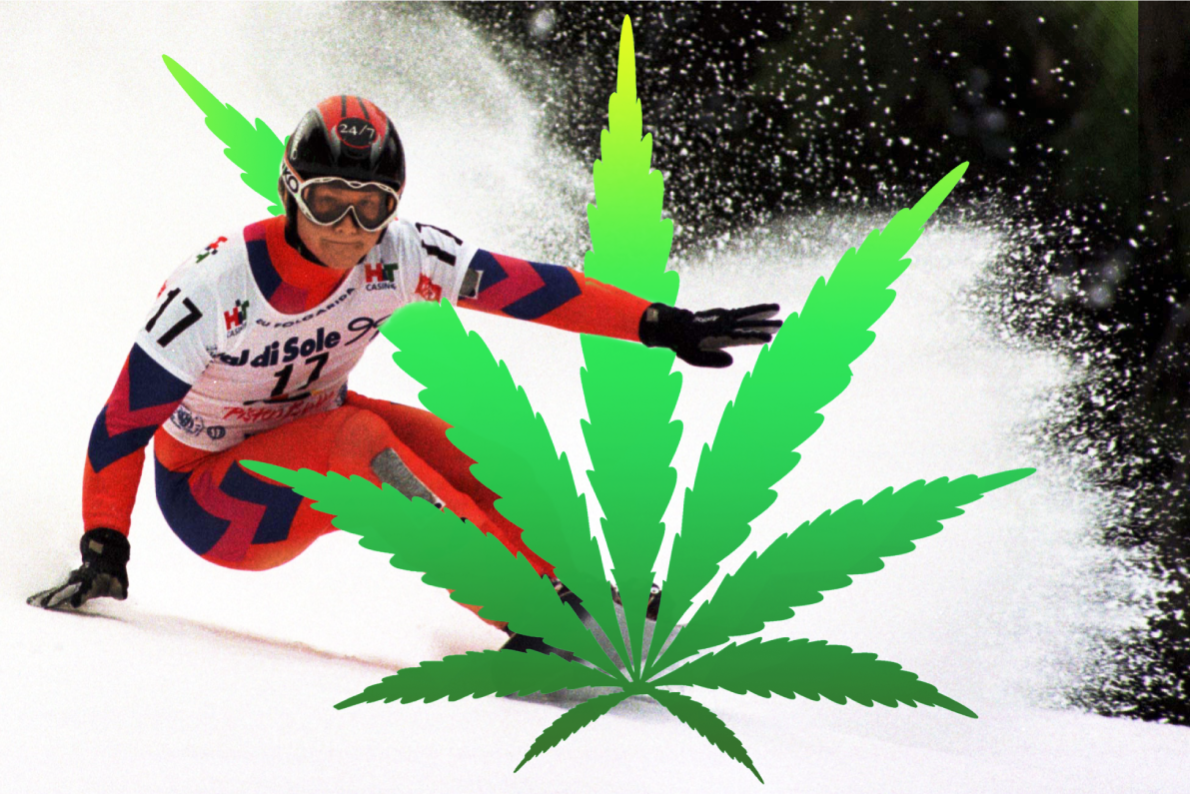 Canadian snowboarder Ross Rebagliati never expected to be a sporting pioneer, but he unwittingly became one when he won, lost, and regained his Olympic gold medal for men’s snowboarding at the 1998 Winter Games.

Rebagliati, an advocate of marijuana use, said he had stopped smoking 10 months before the Olympics but a small amount of Tetrahydrocannabinol (THC) was discovered in a post-competition urine test—due to secondhand smoke, he said. He was stripped of his medal but won it back on appeal.

That medal is now sitting inside a trophy he won on the Gold Cup tour, but Rebagliati has moved on, launching a medical marijuana dispensary—Ross’ Gold, appropriately enough—where he lives in Kelowna, British Columbia, with his wife and three children.

“Since I won my medal 18 years and just launched the company three years ago, the whole cannabis thing has really come around full circle for me and the respectability of it,” he said. “For a lot of years—even though I was able to keep my medal—it was almost like a hindrance as far as business was concerned and having the opportunities. There was a period where the medal was in the drawer of the kitchen with the nuts and bolts and the stuff that doesn’t work.”

The election of Justin Trudeau as Canada’s new prime minister has led many north of the 49th parallel to believe that recreational use of marijuana is on its way, as it is in Alaska, Colorado, Oregon, and Washington, along with the more than 20 states permitting medical use. In 2013, the World Anti-Doping Agency (WADA) raised the threshold for triggering a positive marijuana test to 150 ng/ml of THC, a tenfold increase from the previous 15. Rebagliati’s result in 1998 reportedly was 17.8, a trace amount over the limit then and a negligible amount now.

WADA prohibits substances for one of three reasons: because a drug enhances performance, risks the health of a user, or violates the spirit of the sport. International Olympic Committee medical director Dr. Richard Budgett told Al-Jazeera America that marijuana “is at least two of those: harmful to health and against the spirit of the sport.” Whether marijuana was truly performance-enhancing was more debatable, but the IOC’s conclusion was “yes.”

“A number of scientific studies have shown that cannabinoids can allow athletes to better focus and diminish stress; however, they can also distort reality and create dangerous situations for both the user and fellow athletes,” Gary Wadler, MD, the former chairman of the World Anti-Doping Agency’s Prohibited List and Methods Committee, told the New York Times. “Cannabis is considered a Specified Substance, meaning the sanctions for its use during the Games may be less severe than those for the abuse of anabolic steroids or growth hormone.”

Predominantly recreational drugs have posed problems in sports before. The very first medal to be stripped because of a failed test was because of… alcohol. Yep, in 1968, the Swedish modern pentathlon team lost their bronze medal because one of its members, Hans-Gunnar Liljenwall, was penalized for “excessive alcohol.” He confessed that he drank two beers before the shooting event, and his team lost their medals.

There’s historical precedent for serious athlete using then-legal drugs. According to the book “Sports in American Life: A History,” by the late 19th century, French cyclists were using heavy doses of caffeine while their British counterparts “inhaled pure oxygen while using brandy to wash down a mixture of strychnine, heroin, and cocaine.” In fact, according to a book by Mark Gold, MD, many athletes did the same: “Mixtures of strychnine, heroin, cocaine, and caffeine were used widely by athletes and each coach or team developed its own unique secret formulae. This was common practice until heroin and cocaine became available only by prescription in the 1920s.”

Rebagliati said he began using marijuana regularly after high school, likening it to “a coffee habit” with a few puffs every few hours, stressing that users need to understand tolerance limits. “You’re not getting high, so to speak,” he said. “You’re just feeling good. Motivated.”

As he became a serious athlete with eyes on snowboarding’s World Cup tour and then the Olympics, he found the drug worked with his lifestyle.

“That’s when I learned about how the effects were helping me,” Rebagliati said. “Instead of drinking and having the hangovers and the whole drinking culture of staying up late and sleeping in, it kind of just lent itself to the outdoor life. I could take advantage of the daylight hours and how nice it is to be outside and being active and, at the end of the day, helping you relax and eat and go to bed early and have a good sleep so you can do it all over again. And, at the same time, take a load off.”

More The Best And Worst States For Medical Marijuana

While on the slopes, cannabis use, Rebagliati said, fostered a good awareness and appreciation of surroundings and was particularly helpful during workouts.

“It takes a lot of motivation to get out there and do the workouts,” he said. “Now with extracts and being able to separate the compounds of the cannabis plant—specifically the CDB extract [cannabidiol], which is non psychoactive, which is excellent for athletes who are recovering in particular because it’s such a big anti-inflammatory. It’s excellent for those guys and girls who are out there training hard every day and needing to recover muscles that would naturally be inflamed or after any injuries they may incur on a regular basis. Pain through inflammation is a big deal.”

He’s not alone on that front. Joe Rogan, the UFC commentator and Brazilian Jiu Jitsu black belt, has written an entire blog post aptly titled, “I like to smoke weed and workout.” Rogan studied his martial arts craft under Eddie Bravo, the founder of a particular style of Brazilian Jiu Jitsu, who credits his marijuana use with helping him invent his trademark moves.

UFC fighters Nate and Nick Diaz are also both proponents of marijuana use and, after Nate Diaz defeated Conor McGregor in a highly-touted bout, they spoofed McGregor’s tag line that “Precision beats power, and timing beats speed” by posting their own meme: “Weed beats speed.”

The science of the drug has grown by leaps and bounds with more known about the different strands with the ability to isolate the different components—something of great importance to Rebagliati, the entrepreneur, even if he said that wasn’t the case when he first started using.

“There wasn’t a lot of information on it, and we really weren’t looking for any information on it,” he said. “The health benefits were kind of elusive, and all I could go by was how I felt about it and how it made me feel physically and mentally.”