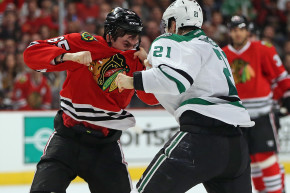 Andrew Shaw And The NHL’s Homophobia Problem
By Robert Silverman

After apparently being caught on camera shouting a gay slur, Andrew Shaw serves as a reminder that the NHL has some homophobia to sort out 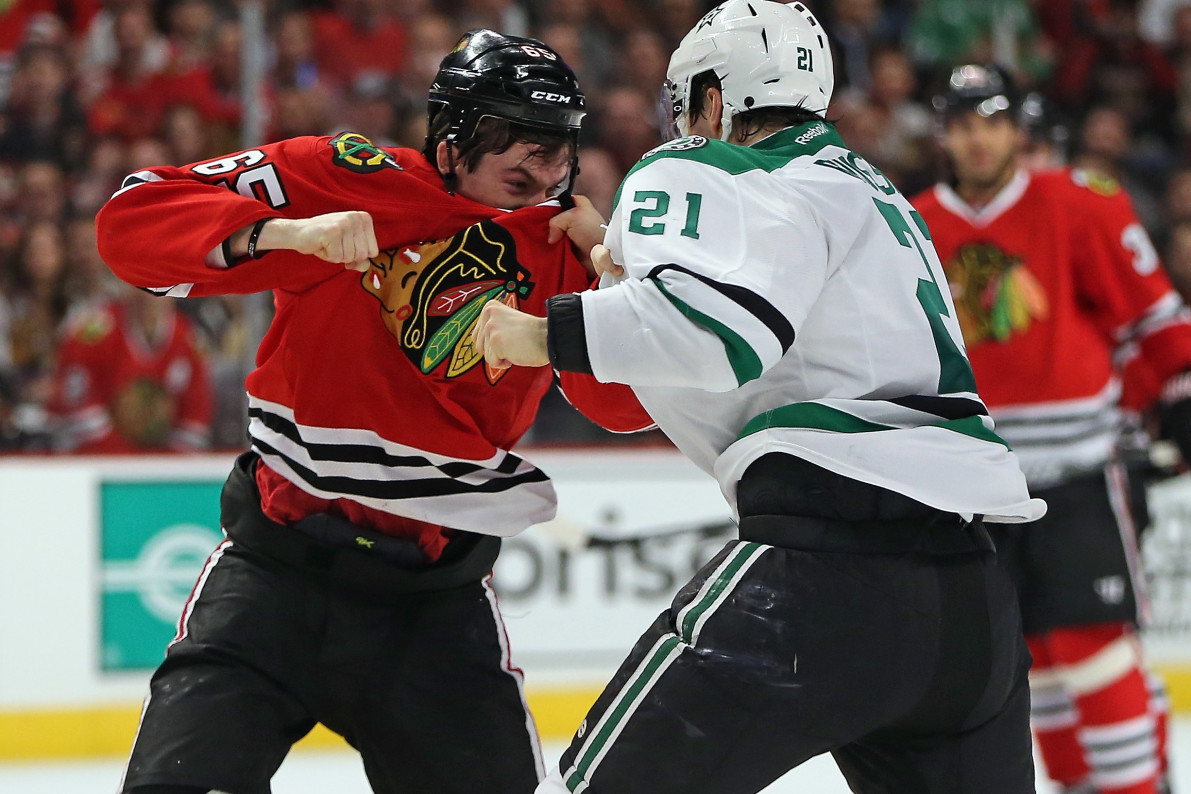 Last night, the defending NHL champion Chicago Blackhawks lost a fight- and penalty-marred game to the St. Louis Blues, 4-3. They’re down in the first round series, 3-1, one loss away from being eliminated. That apparently didn’t sit well with the Blackhawks’ Andrew Shaw, who, after being whistled for interference late in the third period, began screaming and cursing at the refs from the penalty box, culminating in what appeared to be a homophobic slur.

here is the stuff from the Blues broadcast pic.twitter.com/S5bGm4qVqP

When asked what he said after the game, Shaw turned into a complete and total cypher.

“I mean, emotions are high, I really don’t know what’s said,” Shaw told the Chicago Tribune. “I was obviously upset with the call being that late in the game (as) it doesn’t give us a chance to tie it up.”

Oh really? No memory of what you said at all? A tabula rasa?

“Like I just said, I can repeat myself for you. Emotions were high. I don’t know what was said. Obviously, I was upset with the call. It was late in the game like that. I wasn’t happy with the call,” Shaw reiterated.

A reporter for the Tribune who covers the Blackhawks took to Twitter to remind everyone that, yes, heightened emotions of the playoffs notwithstanding, casual homophobia has real consequences.

As some of you may know, I'm a gay sportswriter — who covers the #Blackhawks. I like Andrew Shaw and have a good relationship with him …

You Can Play, an activist group “dedicated to ensuring equality, respect and safety for all athletes, without regard to sexual orientation and/or gender identity,” stated that they will be getting involved.

We are aware of tonight's incident and will be reaching out to the NHL immediately to assist in an appropriate response.

You Can Play was founded following the tragic death of Brendan Burke, the openly gay son of longtime NHL executive Brian Burke. After Brendan came out in 2009, his father delivered this message for anyone that might dare question whether his son had a place in hockey: “I stand beside him with an axe! I simply could not be more proud of Brendan than I am, and I love him as much as I admire him.”

It’s assumed that Shaw will be facing some kind of suspension, but it’s worth noting that in 2011, the last time an NHL player was credibly accused of slinging anti-gay slurs, the NHL declined to levy any punishment. And like Shaw, when asked after the game, the Philadelphia Flyers’ Simmonds claimed, “I can’t recall every single word I said.”

When called in to discuss the incident with the NHL’s vice president of hockey operations, Colin Campbell, Simmonds grew more confident about what he did and did not say.

“He asked me if I called him a gay slur and I said no,” Simmons told the Philadelphia Inquirer. “I said a lot of other things, but that wasn’t one of them. There a lot of things I said to him—and obviously I’m not going to repeat them—but I didn’t say that to him.”

At the time, the anti-defamation media watchdog group GLAAD petitioned the NHL to suspend Simmonds, but to no avail.

Vocativ reached out to both the Chicago Blackhawks and GLAAD for comment, but they did not respond prior to publication.