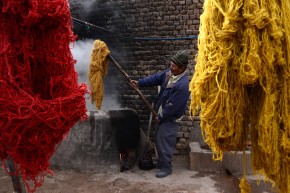 Was Yiddish A Secret Language Invented On The Silk Road?
By Joshua A. Krisch

Was Yiddish A Secret Language Invented On The Silk Road?

The Yiddish language is so much more than low German, new genetic study suggests 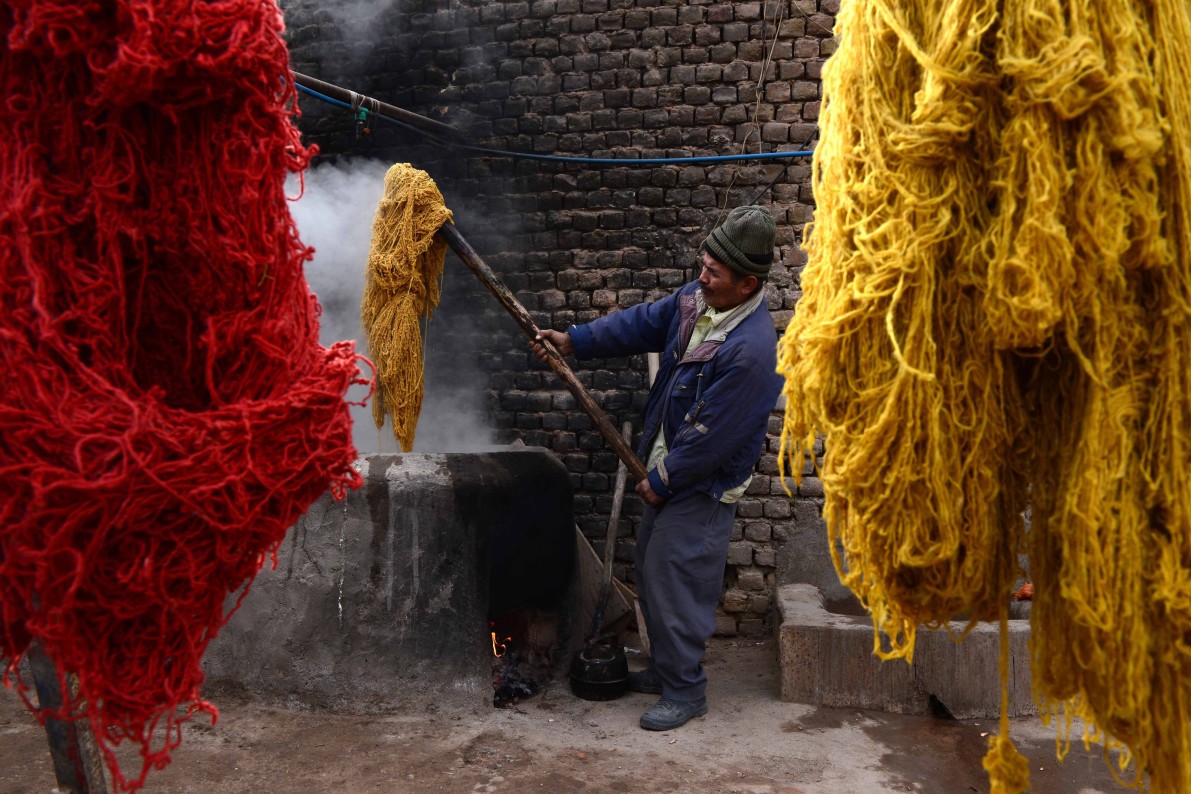 Yiddish, the colorful, loosely-defined language of European Jews, was once among the most common dialects heard in New York City streets, theaters and study halls. Since the Holocaust nearly wiped out European Jews, Yiddish has been on the decline, but many of its linguistic quirks continue to baffle researchers, who remain unsure of how the language evolved in the first place.

Now, in a new study in the journal Genome Biology and Evolution, researchers have used cutting-edge DNA analyses to pinpoint the origins of Yiddish to the ancient Silk Road, a trading route frequented by both Iranian and European Jews. Researchers suspect that Yiddish was invented as a sort of secret code, mixing Iranian and European dialects with Hebrew and Aramaic to create a language that only fellow Jewish merchants would understand.

Contrary to theories that Yiddish evolved from German, these findings suggest that, “Yiddish has Iranian, Turkish, and Slavic origins and explains why Yiddish contains 251 words for the terms ‘buy’ and ‘sell’,” said coauthor Eran Elhaik, geneticist at the University of Sheffield in England, in a press statement. Elhaik specializes in Jewish genetics, and famously caused a stir in 2013 when he claimed that European Jews were genetically unrelated to Ancient Judeans. “This is what we can expect from a language of experienced merchants.”

Yiddish has been around for roughly one thousand years, the oldest surviving Yiddish manuscript being a prayer book published in the year 1272. Prior to the Holocaust, there may have been as many as 10 million Yiddish speakers worldwide, largely localized in Central and Eastern Europe into a loose confederacy of Jews known as Ashkenazic, who held distinct customs from their Sefardic Jewish brethren in Spain, South America and Asia.

The Yiddish language often teetered awkwardly between the sacrosanct and the mundane—it was a language that all but dominated liberal, secular theater and enjoyed a literary renaissance in the late 1800s that inspired such luminaries as Franz Kafka. Meanwhile, Yiddish was also the preferred language of religious instruction in Europe, and continues to hold semi-sacred status as the dominant language of Torah study in Hasidic courts and religious schools.

But for linguists—Yiddish is a problem. Most scholars believe that Yiddish is essentially terrible German with bits of Hebrew, Aramaic, Slavic and Iranian dialects thrown into the mix. But a small group of scientists led by Elhaik and his colleagues have long argued that Yiddish has Slavic and Iranian origins, and that it represents something far more elegant than bad German. “Yiddish is such a wonderful and complex language, which was inappropriately called ‘bad German’ by both its native and non-native speakers because the language consists of made-up German words and a non-German grammar,” Elhaik says.

Elhaik and his team set out to prove their hypothesis with a unique genetics tool known as GPS: The Geographic Population Structure analysis. After scouring the DNA of nearly 400 Ashkenazic and Iranian Jews along with the genomes of more than 600 non-Jewish individuals, Elhaik and his team concluded that Greeks, Romans, Iranians and Turks exhibit the highest genetic similarity with Ashkenazic Jews, while the GPS analysis localized most Ashkenazic genomes along the Silk Road, an ancient network of trade routes and hotbed of cultural exchange that connected the East and the West, from China to the Mediterranean Sea.

One of Elhaik’s most fascinating findings is that the Ashkenazic Jewish genomes appear to have clustered within villages named Iskenaz, Eskenaz, Ashanaz, and Ashkuz—far too similar to the word “Ashkenazic” to be mere coincidence. “Northeast Turkey is the only place in the world where these place names exist,” Elhaik says. Yiddish, then, was established around the first millennium, “at a time when Jewish traders who were plying the Silk Road moved goods from Asia to Europe.”

Elhaik and his colleagues suspect that Yiddish (and, indeed, Ashkenazic Jews) arose from an alliance between Iranian and Slavic Jews who agreed to do business exclusively with one another. When they needed a simple but cryptic language to help keep their high-profile trades confidential, they invented Yiddish, which contained a healthy mixture of Iranian and Slavic. Later, when Yiddish arrived in Germany, Jews began mixing German, Hebrew and Aramaic into the language while still clinging to its original Slavic grammar. The result, modern Yiddish, sounds a whole lot like bad German—because it is in fact a language comprised of German words, beholden to strictly Slavic rules of usage.

Not everyone agrees with Elhaik and his colleagues. The scientific and linguistic establishment is still quite confident that Yiddish originated from German—which, to be perfectly honest, makes the most sense on the surface, given that it sounds so much like German. Elhaik’s fringe Yiddish theory also plays into his prior, widely rejected hypothesis that Ashkenazic Jews originated from a mass conversation of Turkic people known as the Khazars. So the theory that Yiddish evolved as a Slavic and Iranian trade language should be taken with a grain of (kosher) salt—even with the new DNA evidence, many questions remain unanswered, and the majority of the evidence still points to the Rhineland origins of both Yiddish and its speakers, the Ashkenazic Jews.

But coauthor Paul Wexler of the University of Tel Aviv hopes that the team’s genetic analysis will help bolster their case. “The linguistic data used are from Yiddish, which we assume was invented in Western Asia as a Slavic language with a largely German-like lexicon and a significant Iranian component on all levels of the language,” he says.