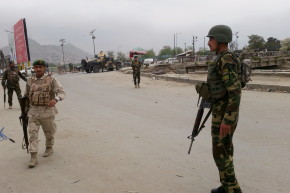 The Taliban reportedly claimed responsibility for the explosion 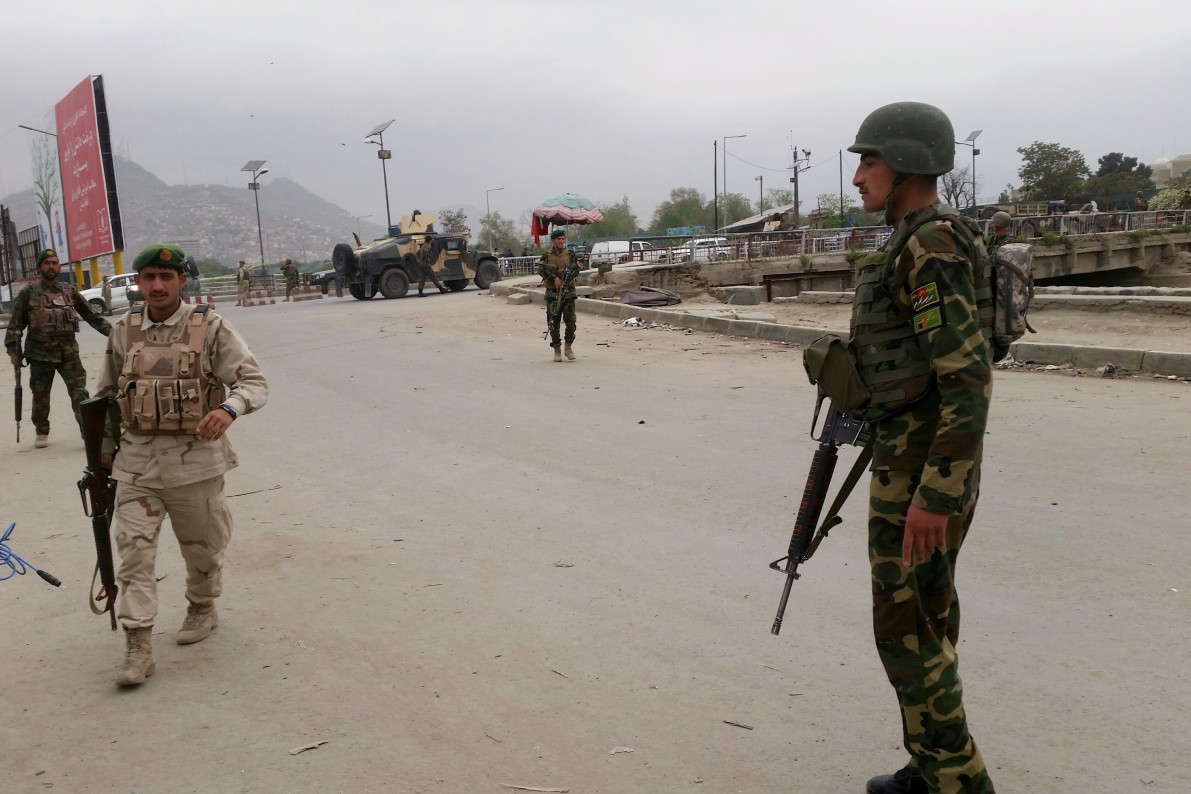 Security forces members keep watch at the site of the explosion. — REUTERS
By Sarah Lynch, Amit Weiss and Gilad Shiloach
Apr 19, 2016 at 2:06 AM ET

A deadly blast rocked the heart of Kabul during rush hour on Tuesday not far from the U.S. embassy. Officials said at least 28 people were killed and more than 320 others were injured, Reuters reports. In a statement, the Taliban claimed responsibility for the attack.

The statement, which Vocativ discovered on the Twitter account of a Taliban spokesman, said the attack started when a “martyrdom seeker” detonated a car bomb at the gate of the “10th directorate intelligence building located in PD1 of Kabul city” as part of Operation Omari, a spring offensive that the Taliban officially declared a week ago. The building’s guards were killed and insurgents then rushed inside, where they engaged “the remaining enemy targets,” the statement said.

More An Emboldened Taliban Is Capturing A Shocking Chunk Of Afghanistan

Citing “initial reports,” the Taliban claimed the attack targeted a National Directorate of Security building, home to Afghanistan’s national intelligence agency, and that most of the structure has since collapsed. Clashes were still ongoing, it said.

Later Tuesday, the Taliban’s official Twitter account posted two images of men it said were the ones responsible for carrying out the attack.

Officials for the U.S. embassy, located near the scene of the explosion, said it was not affected, reported Reuters.

The official English-language Twitter account of the Taliban’s media wing tweeted pictures allegedly showing the blast and the massive plume of smoke in the aftermath.

The office of Afghanistan’s presidency said in a tweet that the attack “clearly shows the enemy’s defeat in face-to-face battle with ANSDF”—the Afghan National Defense and Security Forces, which have been fighting insurgents.

The attack marked the first strike on the Afghan capital since the Taliban announced on April 12 that it was starting a string of offensives against the Afghan government named Operation Omari, in honor of late Taliban founder and leader Mullah Omar.