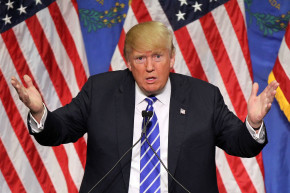 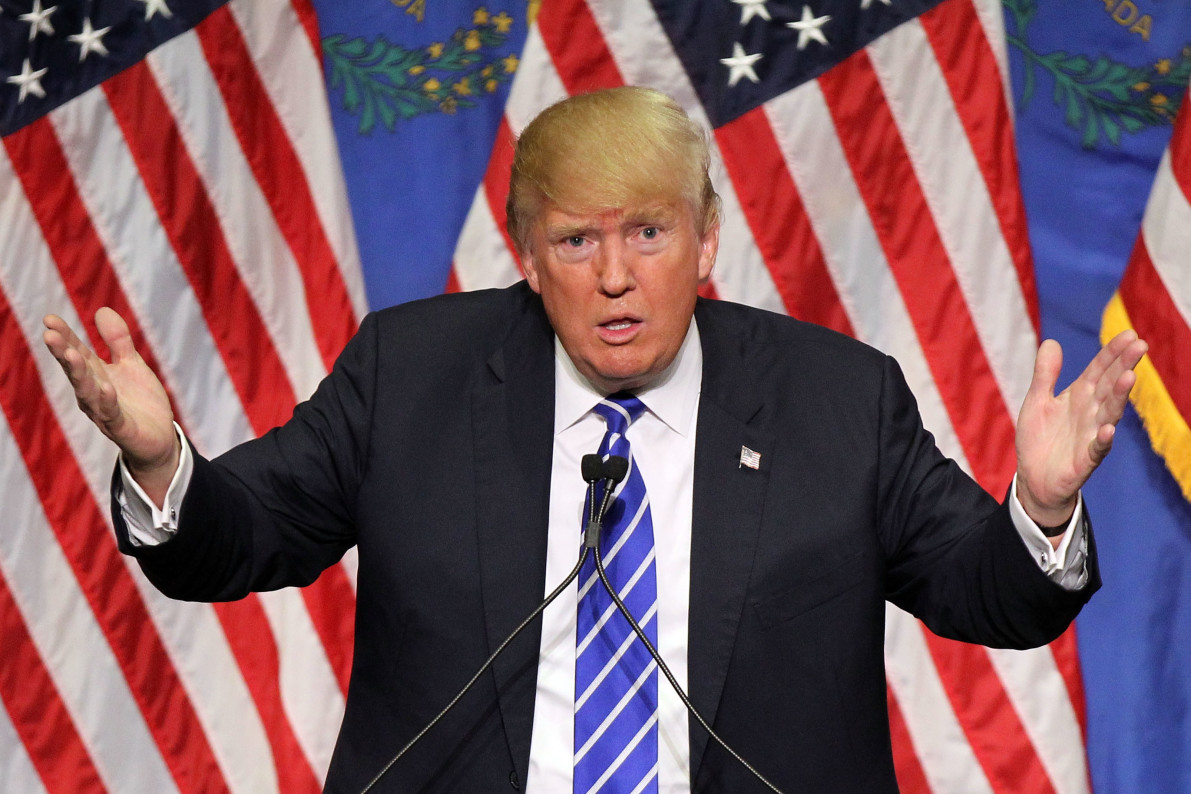 Ryan was brought on to amp up the 20,000-odd upstate New Yorkers expected to cram into the Niagara Center on Monday night, at a rally in Buffalo the night before the state primary. But, Ryan insisted this shouldn’t be considered an actual endorsement.

“Oh my gosh,” Ryan said, according to newyorkupstate.com. “I’m going to introduce him, that’s true. That’s a true statement. But I’m not going to say who my endorsement is and all that stuff. I’ll say this, Chris Christie was my guy 100-percent because we were the lap-banded brothers. We both had that lap band and we really are pretty close.”

Because this is Donald Trump and there’s no basic sports fact that he can’t get wrong, he proceeded to tell the assembled masses that his new BFF “won championships in New York. The AFC, I think, twice.” The Jets have not been to a Super Bowl since 1969.

Gastrointestinal bonds notwithstanding, passing the mic off to Trump means we can lump Ryan in with the bungled and botched collection of largely former pro athletes that want America to be Made Great Again.

Celebrity Apprentice vet Dennis Rodman not only digs Kim Jong-un, he jumped on the Trump train long before anyone else, via a tweet that pleased the Donald.

As Politico noted, Rodman’s endorsement came shortly after his backing of Hulk Hogan, he of wrestling and alleged racial slur-shouting fame. Naturally, Hulk Hogan really, really wants to be on the ticket.

“I don’t want to be in the ring with any candidates. I want to be Trump’s running mate,” Hogan said. “Did you hear that? Vice President Hogan!”

Hulk’s not the only former WWE star and Trumpkin looking for work.

“I hear he’s hiring staff. I am available,” Owens semi-jokingly told TMZ. “I don’t know what that position will be. We’ll start with some security detail.”

“Plus, as the president,” Owens added, “Trump would be able to say he knows me and he likes me … LOL!”

Trump’s been a close, personal friend of Mike Tyson for decades, so it shouldn’t be much of a surprise that the ex-champ and convicted rapist is also in his corner.

“We’re the same guy,” Tyson told the Daily Beast. “A thrust for power, a drive for power. Whatever field we’re in, we need power in that field. That’s just who we are … Balls of energy. We’re not even who we think we are. We’re fire. We’re made of this crap—water, motion, dirt, diamonds, emeralds. We’re made out of that stuff, can you believe it?”

Shockingly, Rocker’s been longing for a candidate with “sack.”

“I wish someone, excuse the frankness here, would have the sack, would have the backbone to make unpopular comments, and when folks come out—mainly media, special interest groups, factions, things like that—and just start hammering them and demanding apologies,” he said. “I’ve always wanted to see the person that’s like, ‘Yeah, I’ve made these comments, these are my beliefs, and you know what, if you don’t like it stick it. I’m not apologizing, I’m not changing,’”

Mike Ditka sees Trump more or less the same way he sizes up the potential skillset of a middle linebacker. “He has the fire in his belly to make America great again and probably do it the right way. I do like him, yes. I do like him,” Ditka told the Chicago Sun-Times.

For other athletes, it’s about what Trump has “accomplished.”

“No one has accomplished more than Mr. Trump has,” former Indiana University head coach Bobby Knight said over the phone while Trump jammed the receiver in a visiting reporter’s ear.

Ex-Yankee Johnny Damon has been a “fan” for seven or eight years, because “Everything he does, he does first-class — his hotels, his businesses, his golf courses,” he explained to the New York Daily News.

Trump, a current member in good standing of the WWE Hall of Fame, has a slew of wrestlers ready to tag in, including Kevin Von Erich, Jerry Lawler, and The Million Dollar Man Ted DiBiase, who spent the bulk of the 80s and 90s playing the character that Trump would eventually become.

Further, DiBiase’s henchman Virgil told TMZ that Trump learned how to be a strutting, preening, bullying goon after getting a few tips from him. “People like the spectacle. People want to see confidence. He is confident just like a wrestler,” Virgil said.

And of course, we shouldn’t forget Tom Brady, who clumsily kept a Make America Great Again hat in his locker. When asked if that constituted an actual endorsement, Brady scurried away as quickly as possible.

Tom Brady on being on the cover of @NYDailyNews because of @realDonaldTrump comments #Patriots #WBZ pic.twitter.com/4cfHr666zn

Brady’s coach, Bill Belichick, is probably ready to pull the lever for Donald too, considering this is the only recorded instance of Belichick smiling.

Finally, there’s the curious case of the Charlotte Hornets center, Frank Kaminsky. His name is included in a few aggregations of prominent Trump supporters, but with no specifics as to what he said other than he backed Trump “on Twitter.”

A quick search, though, shows what appears to be a now-deleted Tweet that was intended as a joke. But the online content mills have spoken, such that Kaminsky lands smack dab in the middle of Wikipedia’s roll call. Sorry, Frank.