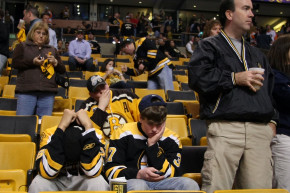 Instead of therapy, hockey's faithful cope with their issues through expressions of meme angst 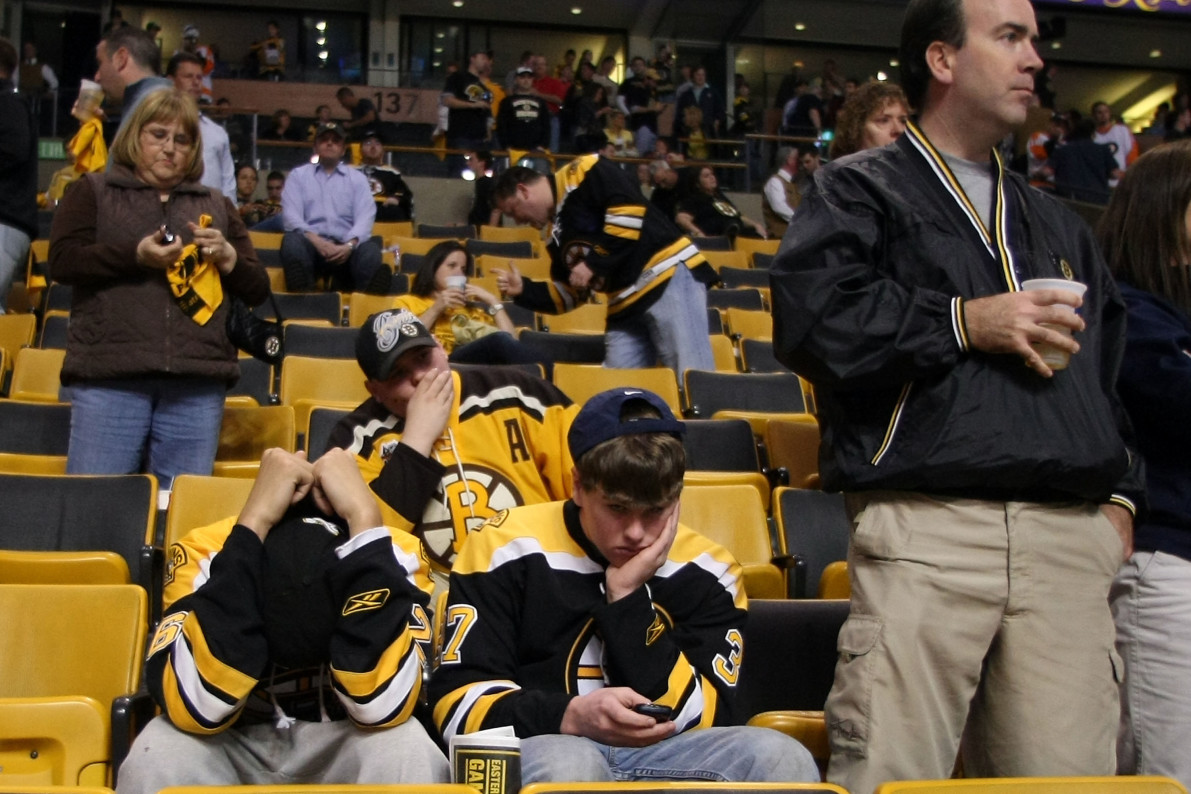 There was a popular belief in the mid-1990s that the NHL was on the verge of overtaking the NBA as the country’s third most popular sport. Los Angeles trading for Wayne Gretzky put the league’s best player in a market that was key to NHL expansion, young offensive stars such as Jaromir Jagr, Jeremy Roenick, and Mike Modano provided the league with fresh marketable faces, and the game was as entertaining as ever.

Meanwhile in the NBA, Michael Jordan had left the sport, the high-octane Bulls and Lakers had been surpassed by physical defensive teams in the Knicks and Rockets, and TV ratings were down across the board. Sports Illustrated even ran a cover story in June of 1994 claiming the NHL was hot and the NBA was not.

But the NHL’s leap over the NBA never materialized. A half-season lockout stopped the league’s momentum the following fall, and the game became almost unwatchable for the next decade as teams raced to copy the yawn-inducing neutral-zone trap that the New Jersey Devils used to win the Stanley Cup in 1995. In the eyes of the media, hockey ceased to be the little engine that could and became American sports’ misfit ginger stepchild.

More The Canadian Hockey Crisis Is Getting Real

During the lockout that cost the NHL all of the 2004-05 season, ESPN’s TV and radio hosts asked the question “Who cares about hockey?” so much that it seemed to be an active campaign by the network to diminish the sport in the eyes of fans (possibly because ESPN had made the decision to not renew TV rights with the NHL, making the league competition for its NFL, MLB, and NBA programming).

Suffice it to say, hockey fans are bitter about all this—damn bitter. And while some fans express their displeasure by throwing stuff onto the ice, others do so through the medium most available to them: garbage memes. For years, fans of the NHL have created and circulated memes that purport to show why the NHL is better than other sports, revealing a deep-seeded inferiority complex that suggests that maybe the entire fan base is in desperate need of a therapist and/or fresh diaper.

This is among the most popular and representative of the angst-ridden NHL memes. For context: former player Rich Peverley—who you’ve never heard of because he’s a hockey player—nearly died on the bench after going into cardiac arrest. When he was revived, he famously (for hockey fans, not anyone else) asked to be put back in the game. A few months later, LeBron James was carried off the court after getting a severe leg cramp during the NBA Finals. See what they’re getting at? Hockey players are tough and other athletes are not. Thus, the NHL is better.

But hockey self-righteousness doesn’t end with their toughness. Hockey fans want you to know that the players they root for aren’t selfish, me-first glory hogs like those jerks who play football and basketball. They shake hands after a playoff series and give credit to their teammates, like a classy sportsman should do.

And if another sport is celebrating an accomplishment by one its players, leave it to hockey fans to be that guy who tries one-up you at your own party. Steph Curry shattered a record? Not like Wayne Gretzky did. Kobe’s retiring? Why so young when Jagr’s still at it!