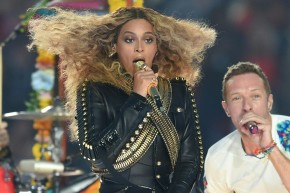 Is this the trailer for her next album?

Beyoncé is up to something, but it’s anyone’s guess exactly what it is. We do know that it’s called Lemonade, is a collaboration with HBO, and will premiere on April 23rd. On Sunday night, Beyoncé shared an extended trailer for it, ramping up speculation from the Beyhive. Could this be linked to Bey’s sixth album? Maybe!

The video appears to be a supercut of several different snippets, and we have been hearing rumors that Beyoncé had been working on a new album for several months. She also dropped “Formation” in early February, and performed the song at the Super Bowl halftime show. Beyoncé has also been busy—she also just released Ivy Park, her athleisure clothing line—and perhaps this is all a masterfully coordinated buildup towards the next album. Her last release, Beyoncé, dropped as a surprise, without ever having been mentioned, so it’s only right that her follow up would have some sort of creative marketing push involved. But we’ll have to wait until next Saturday at 9pm to see what she has in store.