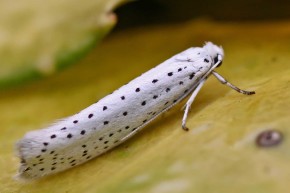 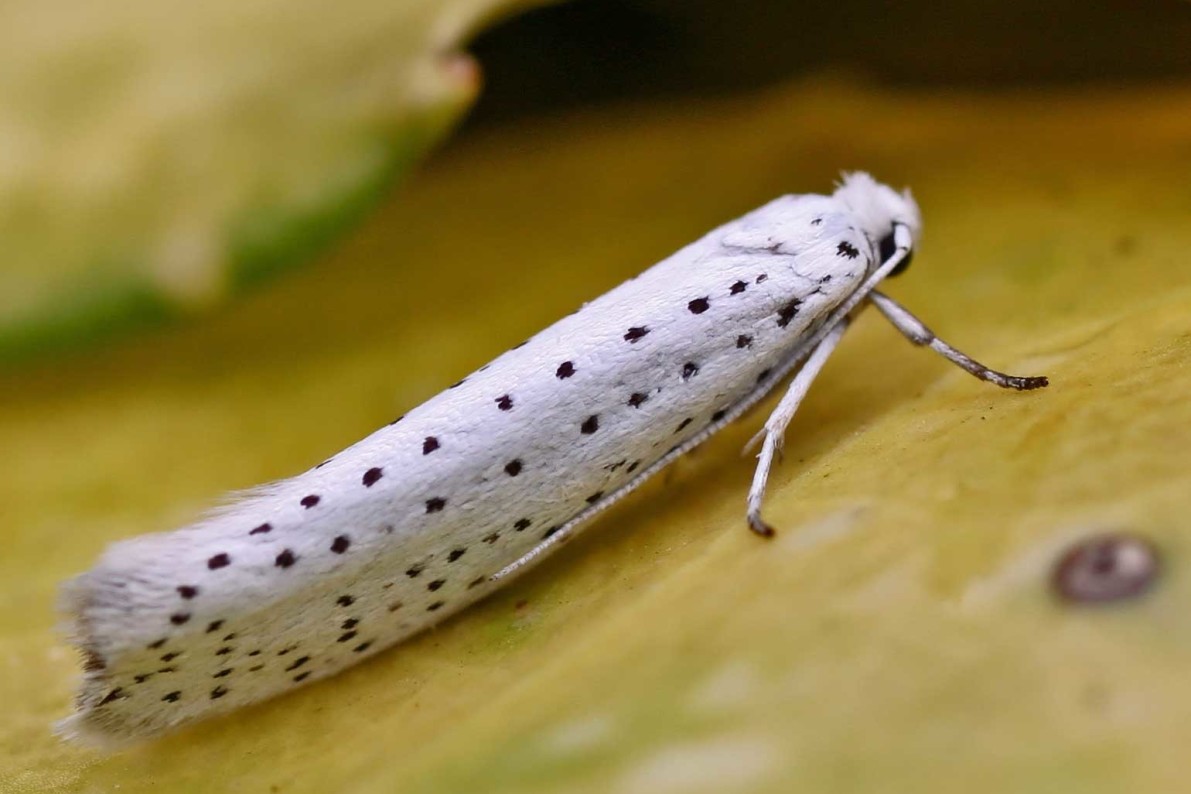 Moths are idiots. Even as you scream in horror—no! Don’t fly towards the light! Turn around!!—they smack right into street lamps every time. Sizzle. Alas, the results are not pretty. Pour one out for Luna The Night Butterfly.

But a new study in Biology Letters suggests that the small ermine moth—or Yponomeuta cagnagella (good luck saying that one)—is one urban insect that has finally figured out that street lamps are not its friends. Cruel Darwinian Theory appears to have played a major role in advancing the learning curve. The authors write that generations of ermine moths kept on flying into lights and dying until the only moths left alive were the few weirdos who did not feel an urge to fly toward city lights at all. Those oddball moths then lived long enough to bear offspring (which inherited their parents’ “meh” attitude toward street lamps) and so the ermine moth evolved out of its own deadly habits. Evolution in progress!

More This Is The Most Demonic Parasitic Moth We’ve Seen

Street lamps are the bane of urban insects everywhere. In fact, at least one study found that urban insects are up to 100 times more likely to die in cities than they are in rural environments—mainly because of those darn electric lights. Because even when a lucky moth escapes incineration at the hands of an incandescent lamp, its journey toward the light exposes it to predators.

But this adds a Darwinian dimension to the discussion, because if moths who fly toward the urban lights consistently die, one would expect the moth community to evolve around that problem. Under the basic tenets of natural selection, moths who love city lights should die before being able to reproduce, leaving behind a community that mainly consists of moths who prefer to avoid the limelight. This cautious community of moths should then raise a generation of similarly cautious moths. Or so the theory goes.

While this is clearly a big win for city-dwelling moths, it’s not necessarily good news for the rest of the ecosystem. That’s because moths are important pollinators and major food sources for nocturnal animals. If they’ve finally figured out how to avoid being eaten (and that it’s wiser to stay in hiding than go on risky, light-driven pollination missions) they’ll live longer—and do their jobs in nature less efficiently.

“The reduced attraction to light sources of ‘city moths’ may directly increase these individuals’ survival and reproduction,” the authors write. But that comes with a caveat: “As nocturnal insects are of eminent significance as pollinators and the primary food source of many vertebrates, an evolutionary change of the flight-to-light behavior thereby potentially cascades across species interaction networks.”