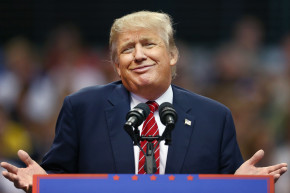 In an ill-fated attempt to pander to Pennsylvanians in the lead-up to the state's primary, Trump fell for a very obvious and dumb joke. 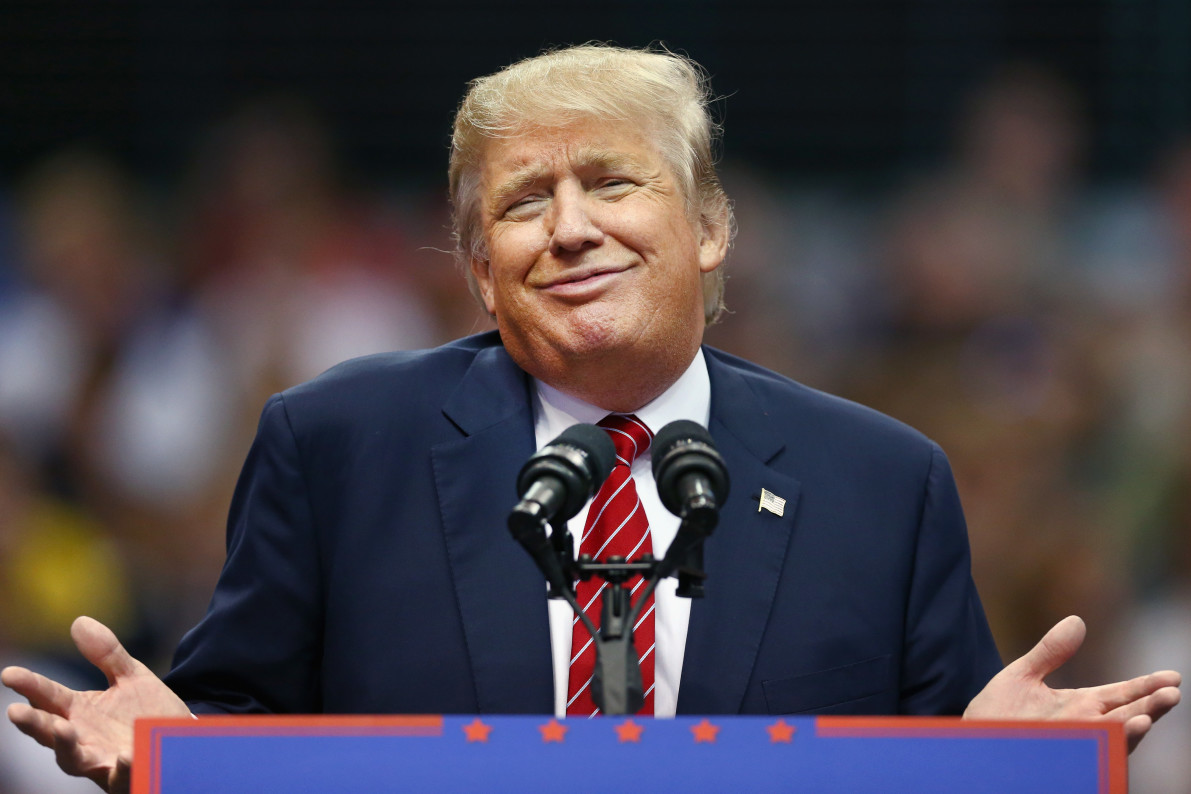 Evidently, if you put anything in front of Donald Trump’s cantaloupe-hued schnozz, he’ll believe it to be true. On Wednesday, during a rally in Pittsburgh, he somehow and for some reason felt the need to announce that he was going to rehabilitate or possibly reinstate former Penn State head coach Joe Paterno, who is currently deceased.

“I know a lot about Pennsylvania, and it’s great,” Trump said. “How’s Joe Paterno? We going to bring that back? How about that whole deal?”

It’s also worth noting that JoePa was forced to resign after his defensive coordinator, Jerry Sandusky, was found to have spent years spent sexually abusing children, a scandal which ended up costing the University $92 million dollars. This is the part where you develop an intense migraine wondering how Trump could possibly think what he said was a good idea.

Trump’s spokesperson cleaned this little gaffe up nice and quick, though. Don’t you worry.

Trump spokeswoman says "He was talking about the Penn State bronze statue that they melted down." https://t.co/JaItK1pP83

Funny thing, they never melted down the statute of Joe Paterno. It was removed from campus in 2012 and is being kept in a secure location, but certainly not destroyed.

So where did Trump come up with this wacky notion? According to PhillyMag, Trump—or one of the crack researchers within the Trump campaign—scoured the interwebs and found a year old April Fool’s Day joke from the site, Onward State.

Vocativ contacted the Trump campaign to see if a gag blog was his source for this nugget of information or if he knew he could win the presidency with This One Weird Trick, but they did not respond prior to publication.