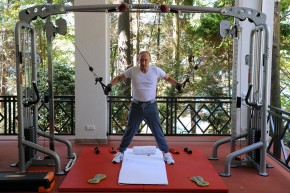 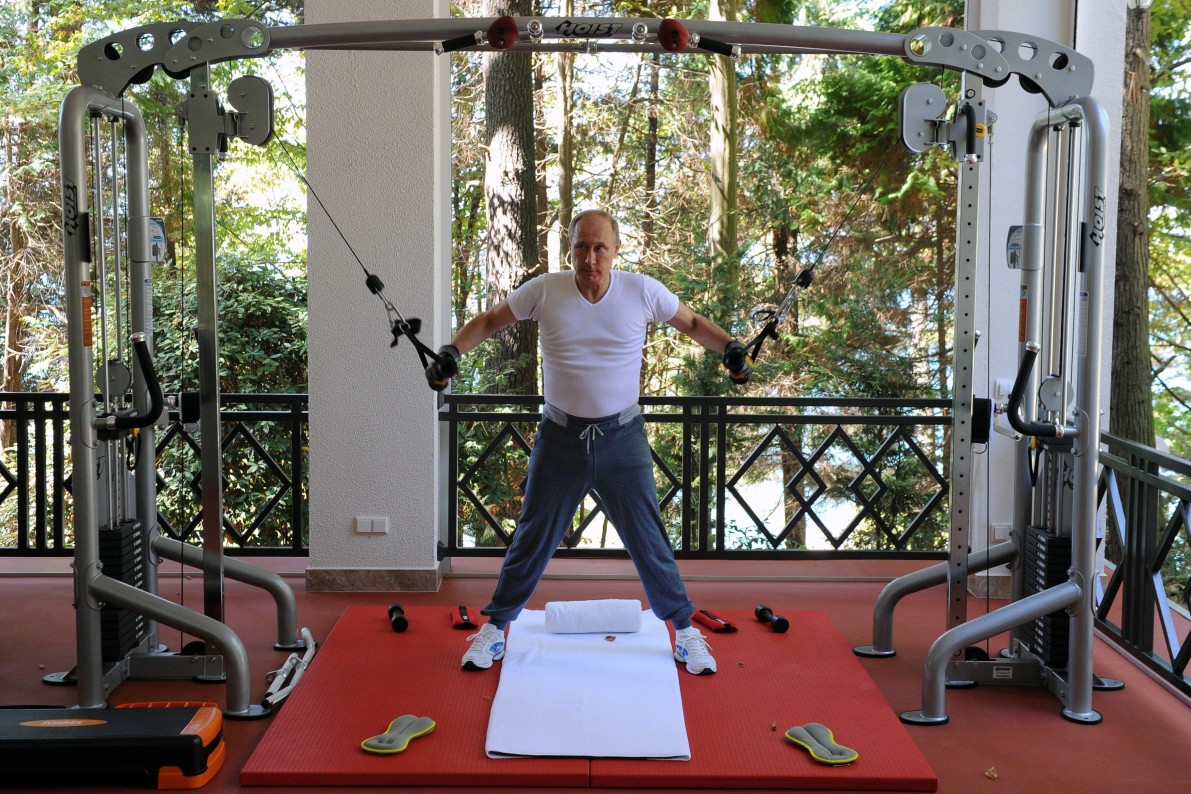 Vladimir Putin, president of Russia, has decided to settle the intrigue surrounding a rash of positive tests by athletes for meldonium, which has been labeled a performance enhancing drug by WADA. At least 172 athletes, including tennis star Maria Sharapova, have reportedly failed tests for the Latvian-made heart medication since it was banned by the WADA at the beginning of the year.

“This substance was never considered as doping,” Putin said, according to the Associated Press, during an interview on Russian television. “It doesn’t influence the result. That’s totally certain. It just keeps the heart muscles in good condition under high load.”

It’s totally certain! There is no longer any need to waste another second on the matter. Let’s immediately wipe the slate clean for Sharapova and the large contingent of Russian athletes who have been incriminated. How can you not trust Putin if he is totally certain?

Never mind one’s politics or views toward human rights, we can trust Putin because he is a sportsman. After all, on his 63rd birthday last year, he played a hockey game with retired NHL players and scored eight goals—Eight! What a superstar! I can’t imagine anyone would question the fairness of the game, either. He scored six goals the previous year and there’s plenty more precedent for his sporting greatness.

When Putin tried bobsledding back in 2012, the Russian state news agency said he “masters” the track, with the caption that he was the “second pilot.” I’m no bobsled expert, but I thought they only had one pilot. Nah, I shouldn’t impugn Putin. He has, according to The Wire, also engaged in the following: “judo, fly-fishing, bear-wrestling, deep sea diving, semi-buff horseback riding, and Crimea-swiping.”

I mean, have state news agencies ever been wrong about their dear leaders? There was that hallowed day back in 1994 when North Korea’s late supreme leader Kim Jong-il shot 38-under par with five holes-in-one, which doesn’t remotely sound suspicious. What a champ.

Former Cuban president Fidel Castro famously loved baseball—even if legends of him as a pitching prospect are overstated—and arranged a nine-inning baseball game between his country and Hugo Chavez’s Venezuela back in 1999. (Chavez allowed four runs in four innings as the starting pitcher of that game and played all nine frames.)

Truth be told, there has always been an overlap between sports and politics because of how athletic accomplishments can bolster a city or country’s civic pride. And there are some true sporting world leaders. The late U.S. President Gerald Ford played football at Michigan. Prince Albert II of Monaco competed in five Winter Olympics in the bobsled and, I dare hazard to guess, knew far better how to master a course than his Russian peer. When William and Kate, the Duke and Duchess of Cambridge, went to India earlier this week, Kate played cricket and soccer while Will, uh, appeared to race a car in an arcade game.

Another Will, William Howard Taft, was the first president to throw out a ceremonial first pitch in baseball, which he did in 1910. Later in that same game, Taft, who was a man of considerable girth, needed some room to move so he stood up to extend his legs. As a sign of respect, the rest of the crowd stood with him. And, thus, some say, the seventh-inning stretch was born. (Allegedly.)

Sticking with presidents, Theodore Roosevelt was a considerable outdoorsman with extensive horseback riding experience, although his sporting credentials have been called into question after his outsized caricature lost its first 525 races at Nationals Park. Another noted loser, Richard Nixon, had a bowling alley installed in the White House.

Few, however, can approach the sporting credentials of George W. Bush, who was a co-owner of the Texas Rangers and threw a memorable strike with his ceremonial first pitch at Yankee Stadium before World Series Game 3 in 2001, less than two months after 9/11—which totally makes up for all that other, uh, stuff. His successor, Barack Obama, loves playing basketball and was a serious pick-up player, although last year he admitted that his skills have eroded and that he is now “the weak link” on the court. Also, his March Madness picks aren’t very good.

Still, presidential avocation of exercise dates back a couple centuries. Thomas Jefferson wrote that “not less than two hours a day should be devoted to exercise” because, he noted, “Health must not be sacrificed to learning. A strong body makes the mind strong.” That all sounds well and good but he then undermined his credibility by continuing to write: “As to the species of exercise, I advise the gun. While this gives a moderate exercise to the body, it gives boldness, enterprize, and independance to the mind. Games played with the ball and others of that nature, are too violent for the body and stamp no character on the mind. Let your gun therefore be the constant companion of your walks.”

So, yes to walking with a gun for exercise and no to playing ball sports? Never mind. This is further evidence that world leaders probably shouldn’t inject their opinion into sports.