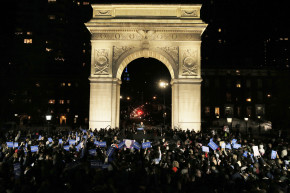 The campaign estimates that 27,000 descended on Washington Square Park—more than Obama drew in his first campaign 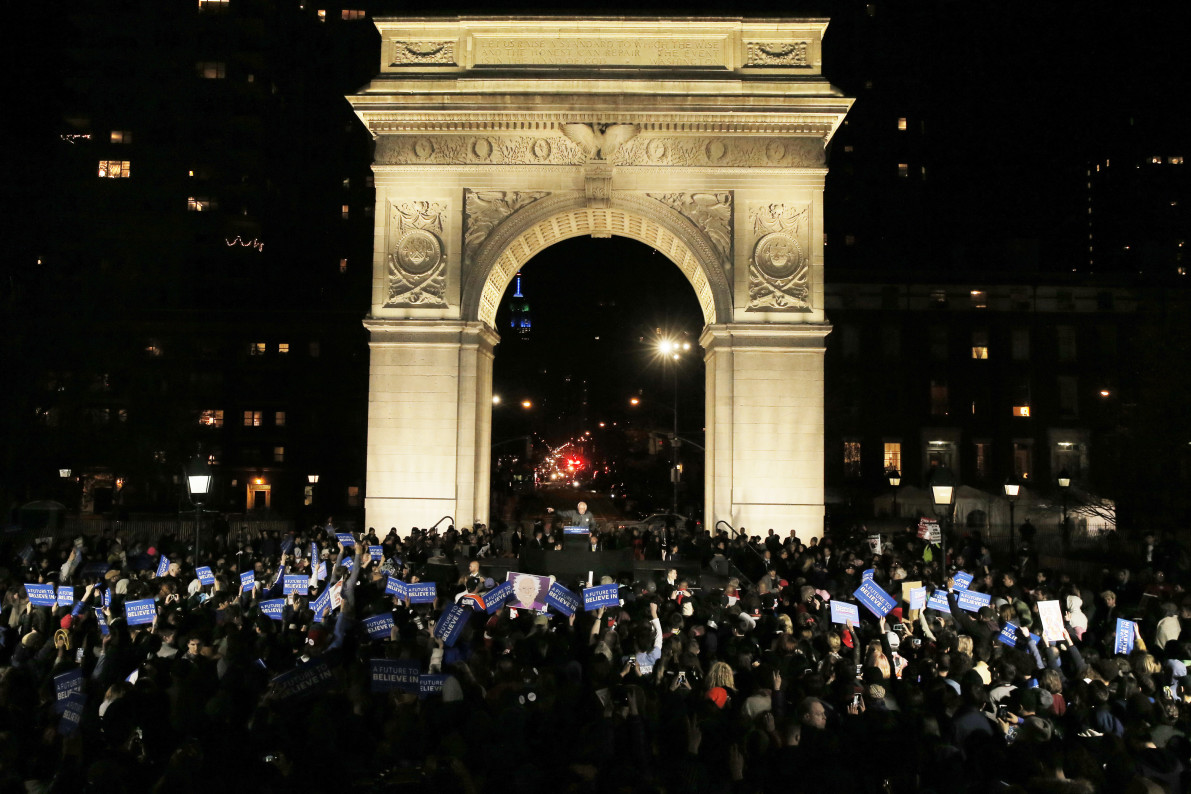 “Feel the Bern” slogans and “Welcome home” signs flooded Washington Square Park in lower Manhattan on Wednesday as 27,000 people gathered for Bernie Sanders’ rally. That number, the campaign’s estimate, is bigger than the crowd Barack Obama drew to the park—24,000, his campaign said at the time said—when he was running for president in 2007.

It was a huge display of enthusiasm—both numerically and symbolically—for the Democratic candidate ahead of New York’s much-anticipated April 19 primary. Supporters packed the park, spilling northward onto Fifth Avenue carrying peace signs and posters declaring: “I stand with Bernie.” One went so far as to call it in an Instagram post the “best Wednesday ever.”

Sanders has been riding a wave of more than half a dozen recent wins, pulling in victories from Utah and Idaho to Wyoming. Now, New York is set to be a key state, with more delegates up for grabs on the Democratic side than any other state in the country aside from California.

His streak could break. He appears to be behind in New York, trailing Hillary Clinton by double digits. A Wall Street Journal/NBC News/Marist poll released on Tuesday showed that Clinton was leading in the state with 55 percent of support among likely Democratic voters compared to just 41 percent backing Sanders.

Still, Instagram images emerging Wednesday from Washington Square Park—at the heart of New York University’s campus—showed the intensity of support for Sanders among at least some voters. The iconic venue also offered the candidate an appropriate backdrop, since core components of his campaign have focused on economic justice and attacks on Wall Street, located just a few blocks away.

On Thursday, he’s set to make his was to Brooklyn for a debate with Hillary Clinton.

More than 40,000 people? This is what democracy looks like. #Bernie2016 #FeelTheBern

She knows how to rock it! Bernie Sanders just broke Obama's record turnout in Washington Square Park in Manhattan and over 100,000 were watching online. 50,000 strong! Loving all who came, the amazing Bernie volunteers, superb event coordinators and professional NYPD. Waited all my life for this dialogue and for a better future for the people of the United States - everyone here is a realist, an idealist, but most importantly, intelligent! #nyc #april13 #berniesanders #phonebankforbernie #bernievolunteers #bernie2016 #bernie #instagramnyc #manhattanforbernie #newyorkforbernie #newyorkcityforbernie #wahingtonsquarepark #vote #april19 #ourvotematters #wecandothis #thousandsforbernie #ourfuturedependsonthis #bestvoteever