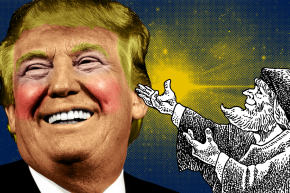 The Many Prophets Who “Predicted” Donald Trump’s Presidency

Everyone saw this coming, from Nostradamus to C.S. Lewis to Bart Simpson 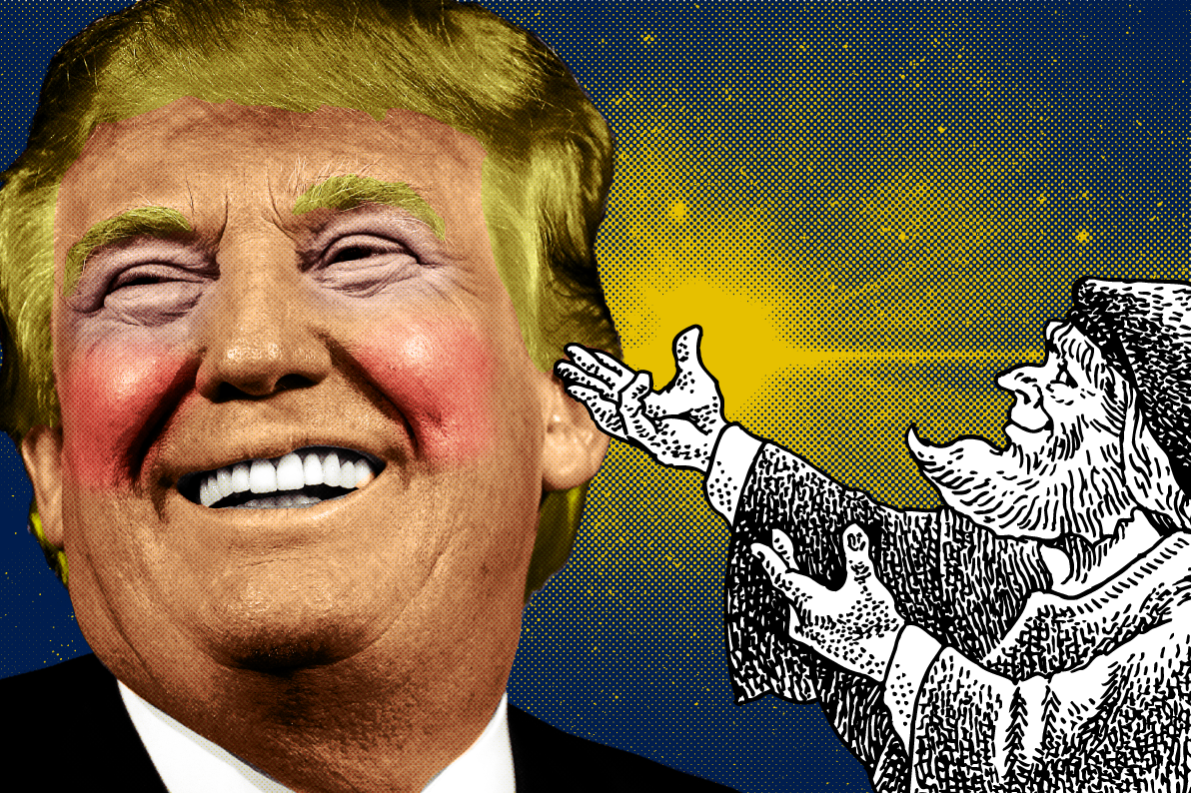 Every few weeks a flash of forgotten history reappears to prove that Donald Trump’s presidency has been foretold by wise oracles such as Nostradamus, C.S. Lewis, George Orwell, and Bart Simpson.

Donald Trump sitting in the Oval Office seemed impossible just a year ago, which is why the good folks of the internet have reacted with such surprise and glee to discover ancient references (both explicit and veiled) to a President Trump. Here’s a rundown of popular Trump presidential predictions of yore, which have floated around the internet since he launched his campaign.

In July, a redditor with the username habalushy reminded the world of a “Simpsons” episode from 2000 entitled Bart to the Future. In Bart Simpson’s vision of the world to come, Lisa Simpson has just been elected President of the United States. As soon as she sits down in the Oval Office for the first time, she dwells on the sorry state of the union: “As you know, we’ve inherited quite a budget crunch from President Trump.”

Several news outlets reported on “The Simpsons'” speculation after seeing it on Reddit. Even The Washington Post wrote that “‘The Simpsons’ Predicted President Trump Way Back In 2000.”

And while that may be true, this episode was produced shortly after Trump had announced his creation of a presidential exploratory committee for the 2000 election. What comedy writer wouldn’t want to write about a future where that plan came to fruition?

On March 15, The Washington Post also brought attention to a letter that Richard Nixon wrote to Trump after Nixon’s wife watched the real estate mogul’s appearance on the “Phil Donahue Show” in 1987.

“I did not see the program, but Mrs. Nixon told me that you were great on the Donahue show,” Nixon wrote. “As you can imagine, she is an expert on politics and she predicts that whenever you decide to run for office you will be a winner!”

The letter doesn’t say which office Pat Nixon was referring to, but that didn’t stop The Blaze from running the story: Pat Nixon Predicted Trump’s Presidential Aspirations—29 Years Ago.

At no point in his literary career did Lewis mention Trump, who was still in high school when Lewis died—but Lewis did write about the dangers of patriotism.

In his book “The Four Loves,” Lewis wrote about love of country. “We all know now that this love becomes a demon when it becomes a god,” he wrote before listing off examples of deranged, unchecked patriotism: massacring American Indians, Nazi gas chambers, apartheid. The Washington Post contributor Laura Turner, then somehow connects that description to Trump:

Whether we are looking at his policy positions or at his blustery rhetoric, Trump is exactly what Lewis predicted when love of country runs amok: “On the lunatic fringe it may shade off into that popular Racialism which Christianity and science equally forbid,” Lewis writes.

This week, redditor Greatmambojambo posted the below meme on the most popular pro-Trump subreddit, The Donald, with the subject: “George Orwell predicted Donald Trump” 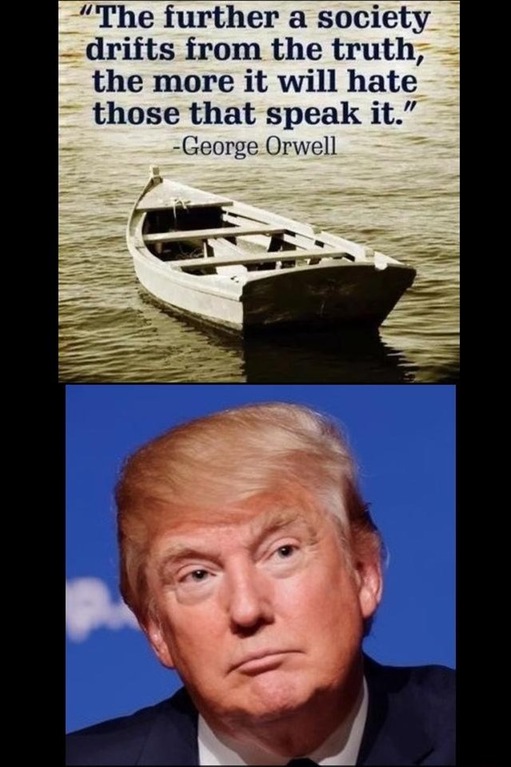 In a post that mocks Michel de Nostradamus’ interpreters, Boing Boing editor Rob Beschizza argues the 16th-century French prophet foresaw the rise of Trump, whom the seer referred to as “false trumpet.”

The false trumpet concealing madness
will cause Byzantium to change its laws.
From Egypt there will go forth a man who wants
the edict withdrawn, changing money and standards.

Redditor CruzWillWin later posted the same excerpts on the Politics subreddit, with his own interpretations, concluding that Nostradamus predicted Trump will be a one-term president. Several responders seemed to take the post all-too seriously.