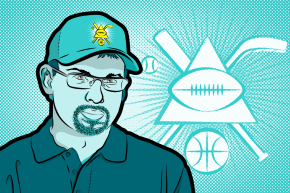 Meet The King Of Sports Conspiracy Theories
By Robert Silverman 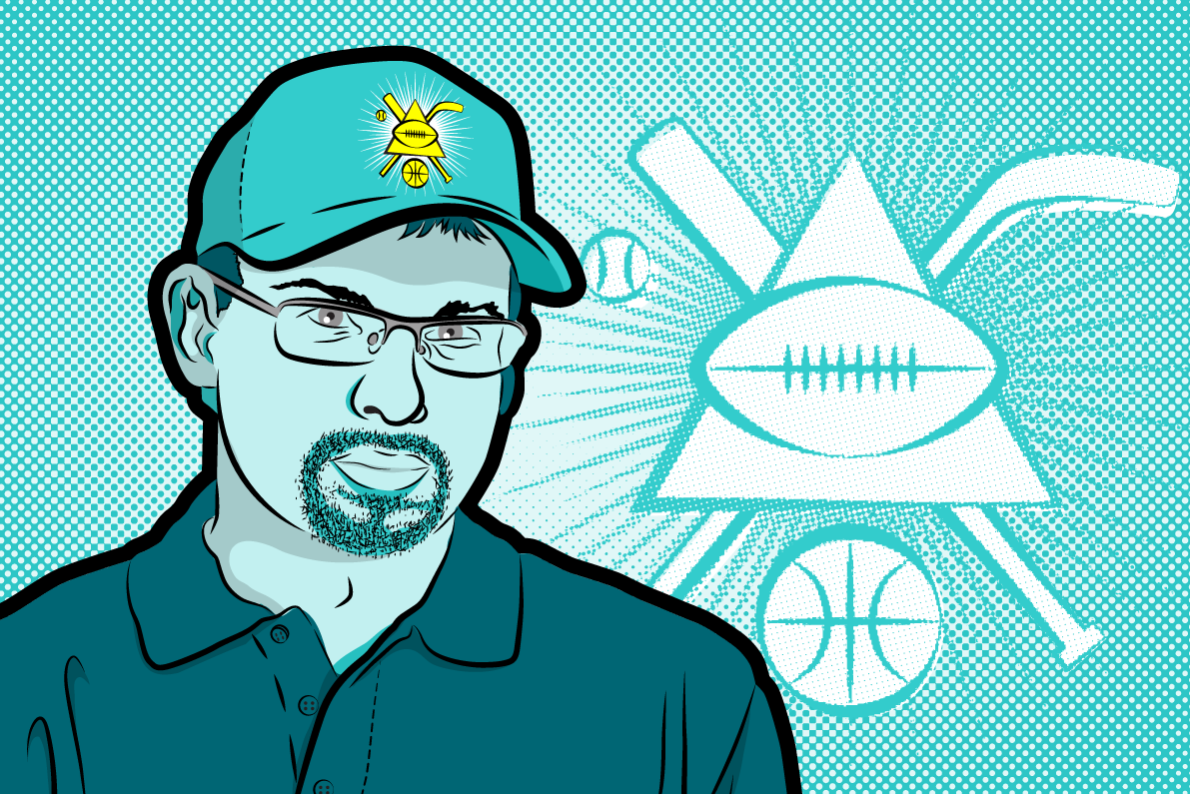 If you spend enough time talking with author and journalist Brian Tuohy, you can’t help but start believing him.

We’re chatting over the phone about sports conspiracy theories that are generally accepted as containing a measure of truth. The conversation turns to Game Six of the 2002 Lakers-Kings series, in which the Lakers—who went on to win the NBA Finals—were sent to the foul line a staggering 27 times in the fourth quarter alone. The debacle was described by Bill Simmons as “one of the biggest officiating travesties in any sport.”

So was it fixed?

For Tuohy, the answer is clear: Beyond the scores of untraceable instances of point-shaving, all the major U.S. sports have been rigging their own games for decades and continue to do so unimpeded. More to the point, this fact has been covered up thanks to the eager collusion of both law enforcement agencies and the sporting media.

Over the last decade plus, Tuohy has written multiple books on the subject, including The Fix Is In and Larceny Games, and he has been published by Sports Illustrated, Vice Sports, Sports on Earth, and more.

That is to say Tuohy is not some garden variety conspiracy crank. Still, his belief that our collective experience of sports is a carefully crafted illusion raises an obvious question: How could the major leagues have gotten away with a conspiracy so vast and pervasive that it calls into question the legitimacy of the entire enterprise of sports?

On his website, he’s got a tab labeled “THE PROOF: Five facts,” in which he outlines his argument for those that “think there is no possible way the professional sports leagues could manipulate, script or outright rig the results of one of their own games.”

Tuohy begins by noting that all four major U.S. leagues do, in some way, engage in revenue sharing and that, as entertainment, business has been very good. “As of 2014, the four leagues’ revenue topped $25 billion,” he said. He also points out that there is no law that bars a league from fixing its own matches. (The Quiz Show law specifically refers to games of chance and intellectual skill, not professional sports.)

Further, the Sports Bribery Act of 1964 only covers the gamblers. If, say, the NBA wanted to whisper to its refs that Dwyane Wade needed to be sent to the free throw line ad nauseam during the 2006 Finals, this technically would not be illegal. (And yes, this too is a long-running hobby horse of Bill Simmons’.)

“With all of this being true,” Tuohy said, “what then is preventing a league—or all of the leagues—from fixing the outcome of their own games to maximize profit and revenue which is the very reason why they put on these exhibitions? The short answer is obvious: Nothing.”

Tuohy’s writing career began with him penning homecoming skits for his high school’s senior class. The positive response from his classmates resulted in him catching the writing bug.

After graduating from Columbia College with a film degree, he took up screenplay writing and was soon peddling his wares around Hollywood while working in a guitar store to pay the bills.

Touhy claims his scripts were placed in several national screenwriting competitions in the early 2000s, but none were ever made into a feature. “I had a manager based in Hollywood, and I nearly sold a script to both Ben Stiller’s Red Hour Films and to Vince Vaughn,” Tuohy said via email. “Vaughn’s manager at the time actually told me my script was ‘the funniest I’ve ever read,’ but ultimately they determined there wasn’t a ‘Vince Vaughn role’ in it.”

In 2001, he penned a few articles on Jordan’s gambling issues for disinfo.com and the now-defunct magazine Paranoia about his belief that the NFL rigs their games to boost ratings, fan interest, and profit. At his wife’s urging, he began the research that would ultimately result in The Fix Is In.

“Once I got rolling publicizing that book,” he said, “I recognized that no one in the US seemed to be covering game fixing in any regards (be it from the ‘conspiracy’ angle or the more legitimately viewed aspect of gambling/organized crime). So I took it upon my shoulders to be that guy. And here I am.”

Tuohy explained that there are two separate means by which match fixing occurs in the U.S. The first is shaving points, which is done at the behest of the non-Las Vegas, unsanctioned betting world still run by the mob. A system that, according to Tuohy, accounts for “as much as 98 percent of all the sports gambling going on in this country.”

Another obvious question arises: Why hasn’t anyone been popped?

Tuohy has reams of heavily redacted FBI documents that show the Bureau basically stopped investigating gamblers in the mid-80s, at which point they were sent off to fight in the war on crime at then-President Ronald Reagan’s behest. As a result “the organization [the FBI] had built of informants and sources within the gambling underground dating back to the mid-1960s fell apart after about 20 years, and they got frustrated with the fact they couldn’t get arrests and convictions.”

Overseas, however, where gambling is largely legal, there have been more than few high profile busts in soccer, tennis, rugby, and other sports. This is what keeps Tuohy’s suspicions on high alert. “It’s just the fact that we’ve never supposedly seen it happen here in the United States and I don’t believe it,” he said.

The second path, of course, is when the leagues themselves manipulate the outcome. As Tuohy describes it, it’s not like there’s a smoky backroom where their fiendish plans are meticulously plotted out. Everyone in the system just knows the score, such that he’ll identify something as seemingly innocuous as guidelines issued to NBA referees as an example of coded language encouraging them to “give certain players more leeway to do what they can do on the court or on the football field or wherever, because [they] are who the fans pay to see. They want to see the superstars. They want to see [them] exceed and, you know, cut them some slack.

“That’s going to influence the outcome of games… If you look at the Michael Jordan-era Bulls, there was a ton of that going on and that’s why they got 72 wins in a season.”

Tuohy mentioned the relatively commonplace practice of tanking as further proof that the games are rigged. I told him that, yes, teams will from time to time refrain from putting the best possible product on the field in order to get a better draft pick, but that doesn’t mean that a coach or member of the front office was telling them to take their foot off the gas.

I responded that I couldn’t say that with 100 percent certainty.

He adds that we shouldn’t expect the sports media to make sure the truth gets out there either.

“When ESPN pays the NBA a billion dollars a year, my opinion is they’re not going to really investigate the NBA for any wrongdoing because they’re partners with them,” he said. It’s a broad belief that, he feels, has had an impact on his professional career as well. Another section of his website outlines how he feels he has been censored by the sports-media complex.

“Dan Moldea, who wrote the classic book Interference: How Organized Crime Influences Professional Football, warned me prior to writing Larceny Games, ‘Don’t write this book. The NFL will fucking kill you if they can,’” he wrote via email. “I’m certain I’m on both the NFL and the MLB’s radar, but I firmly believe their way of dealing with me and my research is to bite their tongue. If they went after me with a lawsuit or something, it would only bring more attention to what it is I write about, and that’d sell more books than anything.”

The problem is, despite Tuohy’s extensive work, he hasn’t been able to unearth proof that there have been rigged games in the NFL, MLB, NBA or NHL. He did bring up annual polling done by the NCAA in which a tiny percentage of students said someone they knew had shaved points, but he has no proof for his more extreme claims.

As such, Tuohy explained that “any talk of this always winds up in the conspiracy theory end of it because I can’t prove it.

“With the other stuff, with criminal investigations and the sports gambling end of it, I can point to all these FBI files and other things. It’s more I can say, ‘Look, this is really circumstantial, this is really coincidental and this, that, and the other thing. Look at how it benefited the league.’”

But questions of whether or not he’s a conspiracy theorist haven’t precluded him from making multiple appearances on noted conspiracy theorist Alex Jones’ radio show. When asked if he’s worried that such an association might tarnish his work or cause people to dismiss him outright, Tuohy didn’t seem to mind.

“To me, it’s an audience,” he said. “I really don’t care what the audience wants to believe. I’m just trying to get this notion out there and I think no matter what, because I wrote The Fix is In, and that’s the subject matter, the league fixing their own games, I’m going to be in some circles considered a conspiracy theorist no matter what I do.

“Hopefully there are some people who are on the fence who will just start looking into this on their own because that’s what I did. I just started digging on my own and uncovered a bunch of stuff that no one ever talked about.”

If there’s one unfortunate downside to Tuohy’s quest, it’s that it has ended his fandom. “While you can still find me wearing a Baltimore Orioles hat or a Chicago Blackhawks jacket,” he wrote via email, “I’m really a fan of no team anymore.”

“I see sports strictly for what they are: entertainment,” he said. “If anything, I’m watching to see what may be manipulated, what sort of controversy may ensue, and if the predominant storyline the league/network has been pushing is in fact what comes to pass in the game.

“And once you see sports in that light, you can’t un-see it. It’s like those 3D computer pictures that look like gibberish until you focus your eyes in the right way, and then, boom! You see the image.”