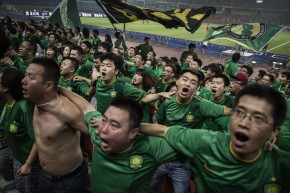 China Wants To Take Over Soccer
By Joe Lemire

China Wants To Take Over Soccer 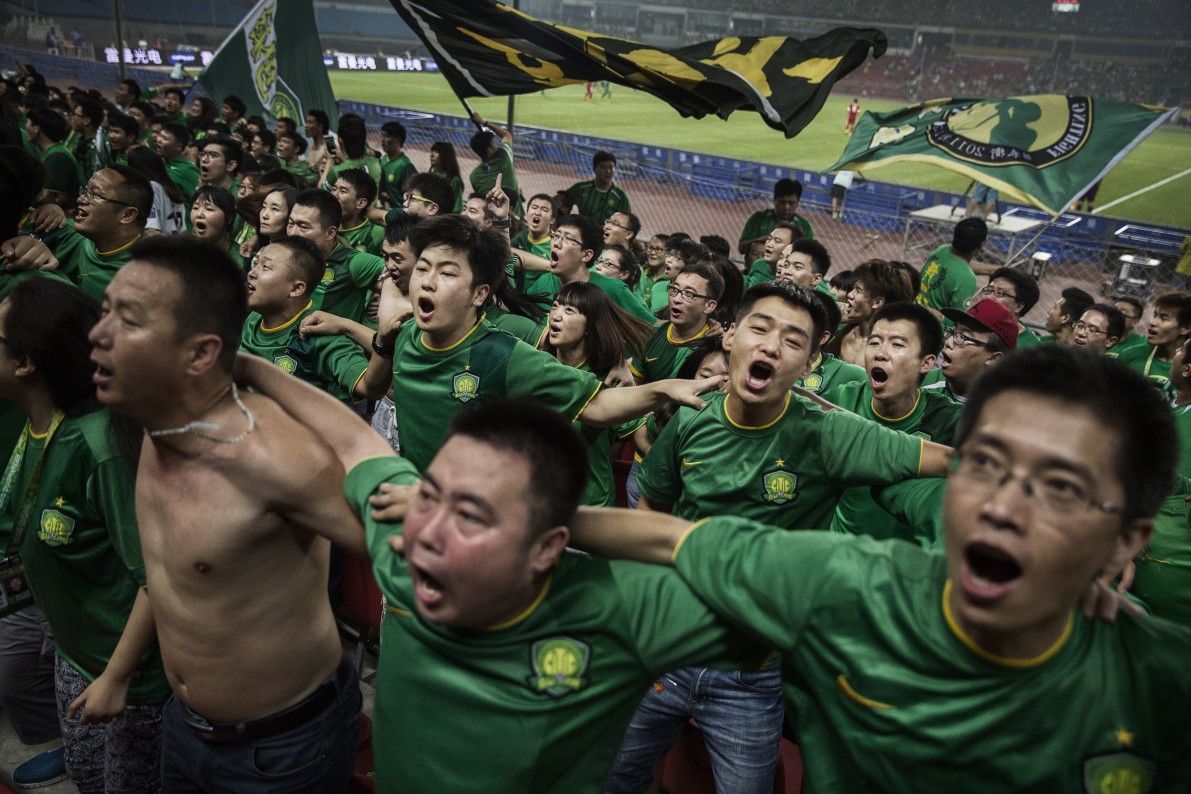 China, as a country, is not known for smallness or subtlety: The largest population! The biggest wall! The most productive industry! The most expensive Olympics!

Its latest venture is soccer. The Associated Press reports the nation wants to create a pool of 50 million new players in hopes of turning China into a “first-rate major footballing power” by 2050. The Chinese Football Association is hoping to catalyze that growth immediately: those 50 million new players are projected for the end of his decade—i.e. four years from now—but, then again, that’s only 3.7 percent of the 1.357-billion person population.

The Chinese men’s national team has only qualified for one World Cup, back in 2002, and is currently ranked 81st in the world by FIFA after gaining 15 spots last month. It was as low as No. 100 in 2008. The country recently lavished some $300 million on international players for the Chinese Premier League in hopes that the homegrown talent will benefit from better play but, as the AP noted, the first 16 goals scored in the league were all netted by the international players.

Football, as in soccer, “is an important vessel of the national spirit,” the document said. “Football has an important education function that benefits the propagation of socialist core values.”

The biggest obstacle of this plan is that it’s hard to build team sporting culture. The U.S., which has a plethora of great athletes, has made a concerted effort of improving its soccer on the world stage, especially since hosting the 1994 World Cup, but has had mixed results in the first 22 years since. The women’s national team, which was already good, is now great, but the men’s team lags behind, having shown less-than-expected improvement.

A native Kiwi who’s a decent rugby player in New Zealand, for instance, can become a star for an American collegiate club team, owing to the intrinsic understanding that comes with extensive exposure to and participation in the sport as a youth.

For example, NBA player Yao Ming was supposed to spur huge growth in Chinese basketball talent, but there haven’t been any successors taking that baton from him. There are even claims (like those in Brook Larmer’s book “Operation Yao Ming“) about systemic efforts that may have gone into creating a basketball star like Yao, which are undoubtedly worrisome. Even China’s own General Administration of Sport said last year, “The unscrupulous, illegal and fraudulent pursuit of gold medals not only distorts the spirit of sport, but also hurts career development and national interests.”

This plan calls to mind a push made by IMG Academy to expand into India a dozen years ago with a 400-acre training complex. India, despite having a population of more than a billion, at the time had not won a single individual gold medal, though its field hockey team won eight golds between 1928 and 1980. (Abhinav Bindra later won individual gold in the men’s 10-meter air rifle in 2008.)

When IMG announced the push at a swank New York City press conference in June 2004, the prevailing sentiment in the room—as espoused by project chairman Andrew Krieger—was to discuss the sheer size of the young Indian population, which ought to produce more athletic talent if given the proper infrastructure. The government eventually cancelled the planned land allotment for the full academy, which negated the project, though an IMG subsidiary has since forged a 30-year partnership with the Basketball Federation of India.

China is starting this soccer push from a more advanced starting point, sports-wise—although most of its prodigious gold medal haul has been in individual sports such as diving, gymnastics, weightlifting, table tennis, and the like. Team sports require larger elite-player populations—not only for the roster size of one national team but for a competitive league of players to choose from—and also substantial history and experience to foster instinctual play on the pitch and tactics from the sideline. Becoming a superpower, even by 2050, is a lofty goal, but when a nation like China sets its mind to something, it may well be the biggest and the best.