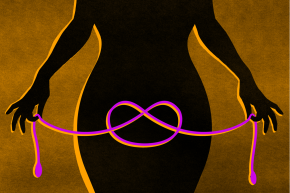 The Truth Behind Getting Your Tubes Tied (And Regretting It Later) 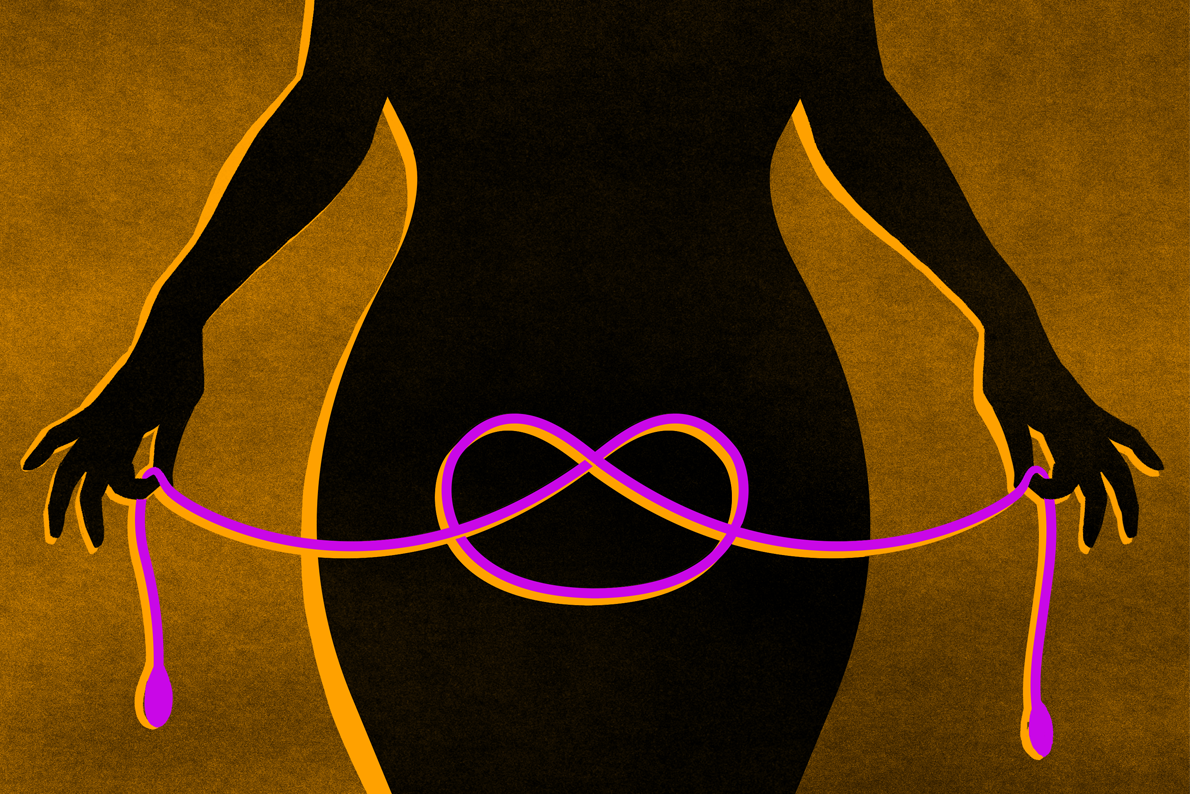 In 2011, after delivering her second child with R&B singer Ne-Yo, Monyetta Shaw underwent tubal ligation, a procedure that permanently makes it impossible for a woman to conceive a child. With a daughter together already, Shaw and Ne-Yo were done having more kids, and he’d agreed to a vasectomy. Then a few months before their upcoming wedding, he broke it off, and said he was starting a family with another woman.

“I had no regrets,” she told the New York Post in an interview about the procedure. “I was so busy caring for two young children, I just assumed Ne-Yo had followed through and had gotten the vasectomy. I trusted him so much that it never even crossed my mind that he hadn’t gone through with it.”

Shaw isn’t in the minority for relying on sterilization as a form of birth control. According to 2012 data from the Guttmacher Institute, it has been the second most common form of contraception for women in America. (The most popular is still the pill.) Of the 61 million women who choose to utilize medical birth control, 25.9 percent choose the pill, while 25.1 choose sterilization.

From the Guttmacher report:

Reliance on female sterilization varies among population subgroups. It is most common among blacks and Hispanics, women aged 35 or older, ever-married women, women with two or more children, women living below 150% of the federal poverty level, women with less than a college education, women living outside of metropolitan areas, and women who are publicly insured or are uninsured.

There are a few ways to approach the procedure. Surgical methods involve anesthesia and an incision in the abdomen that severs and seals the Fallopian tubes, closing off the pathway for semen to reach the eggs. Recovery can be as quick as a few days or a few weeks. A non-surgical permanent option is Essure, which involves putting micro-inserts into the Fallopian tubes through the vagina, forming scar tissue that blocks the tubes. Patients are able to resume normal activities on the same day, though it may take months for the scarring to complete.

Regardless of method, tubal ligation is the only permanent birth control, and popular for married couples who know they’re done having children. And it’s effective. The rates of accidental pregnancy after a tubal ligation are low—according to WebMD, only 2 in 100 women get pregnant in the decade following the procedure. They list the fact that it “lasts forever” as both a pro and a con.

But it can’t be entered into lightly. Birth control guidance website Bedsider says tubal ligation requires “total certainty.” It’s a viable option if a woman doesn’t want to use any of the hormonal options for birth control, her family size is complete, or an unplanned pregnancy would be a high medical risk for her. But ultimately, if a woman knows for sure she doesn’t want kids again. “Before you get sterilized, you need to be absolutely sure you don’t want to have biological children,” warns Bedsider. “You can’t count on being able to get your tubes ‘untied’ or undoing a vasectomy.”

A 1999 study published in the journal of Obstetrics and Gynecology surveyed over 11,000 women in an attempt to determine exactly how many women regret the choice 14 years after the procedure. These were women between the ages of 18 and 44 who’d chosen sterilization between 1978 and 1987. The researchers found that roughly 20.3 percent of women 30 or younger at the time of the procedure experienced regret. Comparatively, only 5.9 percent of women over 30 shared that feeling.

Online pregnancy and conception forums offer individualized anecdotes. One woman put the question out on the What to Expect forum under Hot Topics.

“Just curious to know if any of you guys regret having your tubes tied?” one user wrote.

“I had my lil guy in Dec & had a tubal done during my c-sec…at the time I was all for it & had signed consent for it months prior..now I’m feeling a little sad about my decision..hopefully I’m still just a little hormonal & these feelings will pass.”

Responses commiserated that they did, probably because it’s “just the finality” of it. Another responded that she was indeed consumed with regret. “I just got my tubes tied March 1st and I regret it tremendously,” one wrote. “I did it for a reason and I am sure I don’t want any more children. But. Walking around knowing that I CAN’T get pregnant is getting to me. I have been very depressed for the past couple weeks and it’s not helping that literally every one of my close friends is pregnant right now. I have been asked 3 times when my baby is due just this week and I sat there and bawled and bawled.”

“When we counsel women on all the factors involved in [on tubal ligation], being sure is at the top of the list,” said OB GYN Dr. Antonella Lavelanet with the American Association of Gynecologists and Obstetricians. Other factors include not just age, financial difficulties, but also “relationship problems or conflicts at the time of the procedure, especially if that relationship ends in divorce and now they are in a new relationship. If you have very young children at the time of the procedure it can lead to regret, and there’s some evidence that doing the procedure postpartum or after a stressful pregnancy-related event can lead to regret.”

Still, she admits that asking anyone to imagine their own relationship and reproductive future can be difficult, which is why those forums stress that even decisions that seem certain at the time may not be later on.

Another forum member on What To Expect offered an anecdote that seemed promising:

…my aunt had her tubes tied after her 2nd son was born. She was SURE she didn’t want anymore babies. Fast forward 8 years later and she meets a man and they get married. She has 2 boys and he has 2 boys and they decide that they want to have one together so she has the surgery to untie her tubes. This was 2 years ago and she is now pregnant with their SECOND daughter. She even had a miscarriage in between the girls so she literally got pregnant like it was nothing. Just remember that.”

Though the procedure is considered permanent, it can be reversed with surgery, though the success rate depends on age and how much Fallopian tube was left over after, Espey said. This leaves IVF as an option, but it’s an expensive one, costing, on average, some $12,000 dollars.

Still, the ongoing conversation about tubal ligation and regret is illustrative of the reproductive conundrum women face in dealing with a myriad of shifting, unpredictable circumstances over a procreative lifetime. What may feel like the best choice in marriage may change after divorce and remarriage.

That’s why couples therapist and relationship expert April Masini advises that women considering this choice as part of a couple act cautiously, talk to other women who’ve done it, wait for a cooling-off period before going through with it, and to force themselves to do the hard work of thinking through what happens if the relationship ends.

“Consider that you might change your mind,” she said. “You may meet the partner of your dreams — who isn’t the person you’re with now — and you want kids with them. Get in that negative mindset for a few minutes to just think about all the opposing reasons and how you’d feel if they occurred. And if you still want to do it, then you’ll have really considered the possibilities.”

Ultimately, the only way to avoid situations like the one with Shaw and Ne-Yo, she said, is to make sure women only do it for themselves.

“When you make a decision to undergo sterilization, it’s best if you make the decision it for yourself — not  for someone else,” Masini said. “If you make the decision for someone else, and you break up or they cheat, you’re going to be furious at their indiscretion in addition to the sacrifice you made for them. However, when you make a decision to sterilize for yourself, you can only be mad at their bad behavior, not what you did for them because you didn’t do it for them. You did it for you.”

Shaw told the Post that although it was an excruciating experience for her, she’s since made peace with her decision, and now counsels other women about the risk.

“Now I look back and wonder what I was thinking,” she said. “I love hard, and I made so many permanent decisions based on what I thought a man wanted from me, not what I wanted for myself. When my daughter comes of age, I will tell her: “Your body is your temple. Don’t do anything to it you don’t want to regret.”

Lavelanet says that’s why it’s so important to have not just one but multiple conversations about the procedure over time so she can assess that patient’s reason for considering it, their reproductive history and goals, and delve into what it’s really about. “We don’t counsel them as though it’s an easily reversible procedure,” she said. “Everyone making a decision that cannot be reversed should understand the implications.”