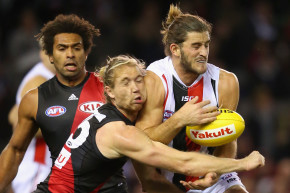 Dr. Paul McCrory has deep ties to contact sports and is using his credentials to dispel concerns about concussions 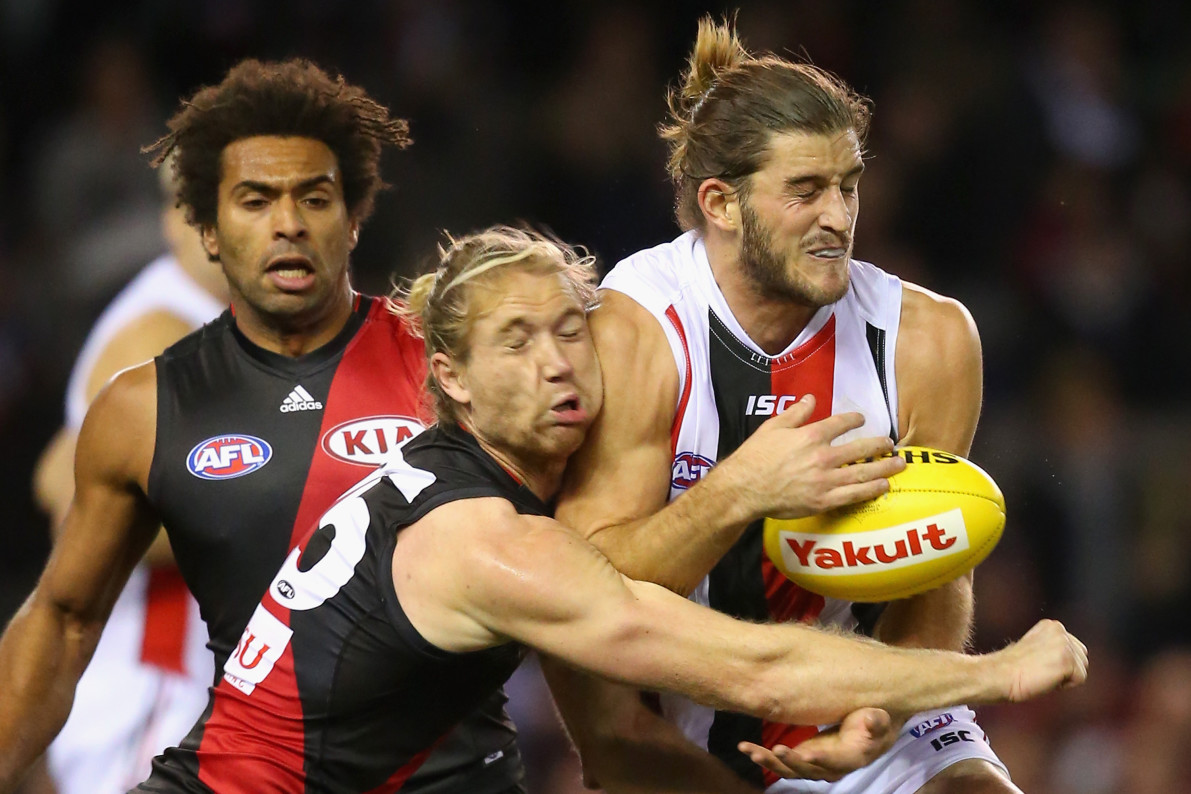 The desperate, flailing campaign to minimize brain trauma concerns in various contact sports isn’t limited to just the U.S. The Australian Football League has its own concussion science denier on the company payroll and he’s every bit as audacious as his American counterparts when it comes to peddling quackery.

This past Thursday, the AFL’s concussion company man, Dr. Paul McCrory of the Florey Institute of Neuroscience and Mental Health, delivered a talk at Melbourne University titled “The Concussion ‘Crisis’ — Media, Myths and Medicine.”

As the creative punctuation usage suggests, McCrory posits that the risks of concussions in football (American and Australian) have been overblown, and that CTE is a creation of “all the carry on and hoo-ha you get from the United States.”

McCrory hammered his point home with a crass reference to the suicide rates of NFL players. “The rate of suicide in retired NFL footballers was 60 per cent less than their peers,” McCrory said, citing a U.S. government study. “So you could argue that playing NFL football actually prevents you from mental health issues.”

McCrory is not just any neurologist. He is the one of the AFL’s concussion doctors and a former doctor for the league’s Collingwood club. He is also affiliated with Victoria’s Professional Boxing and Combat Sports Board and the IOC Boxing Committee, and has won competitive grants from the National Hockey League and International Rugby Board.

This is a man who has built his professional career by plying his trade for contact sports organizations, and somebody who is deeply invested in their future. Not surprisingly, he has been advancing arguments to diminish the threat of CTE and concussions in contact sports for years.

Seems fine to me

In 2013, McCrory delivered a talk at the 4th International Conference on Concussion in Sport in Zurich, Germany, where he referred to the tau protein diagnosis for CTE pioneered by Dr. Bennett Omalu as a “diagnosis” in scare quotes (a rhetorical device McCrory is apparently quite fond of) and suggested that CTE cases in NFL players were caused by genetics, steroid abuse or alcohol abuse—all arguments that have been pushed by NFL quacks like Elliott Pellman. In 2014, McCrory reiterated these views to a Radio National (Australia) investigative journalism show.

“It’s fair to say there is increasing skepticism around the world as to whether this condition actually exists or not,” McCrory said, “and that might seem very strange and provocative to say because if you listen to the media you get a very different story.”

These are the same arguments we have been hearing from the NFL and its cadre of concussion deniers for years.

More NFL Owners Sure Are Dumb About Brain Damage

Like Michael Turner of the International Concussion and Head Injury Research Foundation and the head of a $600,000 collaborative research study on concussions. Turner told Reuters at the NFL’s second annual professional sports concussion conference in London, “The media hype is way ahead of the science” and suggested depression and suicides in former NFL players were the result of how, after their playing careers, “suddenly, they have very little status, nobody knows who they are, they don’t have somewhere to go to work and I think that transition can be badly handled by lots of sports.” In other words, they’re just sad because they aren’t famous any more.

The roster of concussion deniers runs deep, from league-affiliated doctors like McCrory, Pellman, and Matt McCarthy, to team owners like Jerry Jones and right-wing bloviators like Rush Limbaugh and the Breitbart crew.

The connecting thread between these various denials, whether they come from the medical, business or political angle, is their dismissal of media coverage as “hype” and implications, some more subtle than others, and that an impulse to reform or eliminate football is the result of weakness or softness.

The best such example comes from an interview released Friday in Esquire with Dr. Steven Broglio, a concussion researcher who is currently part of a nationwide concussion study commissioned by the NCAA and the Department of Defense.

Interviewer Luke O’Neil asked, “Would you relate the way we talk about concussions now to gluten sensitivity?” to which Broglio responded, “Yeah, exactly. Have you read Malcolm Gladwell’s The Tipping Point? There’s a chapter in there on suicide contagion. Basically, there is some island in Southeast Asia where teenage boys will commit suicide at the littlest things—’my girlfriend broke up with me.’ The basic principle is, one guy did it, so it makes it okay for the next guy to do it.”

I watched McCrory’s 43-minute address from Thursday. He makes some important points about the inability of helmets to prevent concussion and about the mysteries of the brain that make concussion such a difficult injury to diagnose and treat. And he’s right that there is a lot we don’t know about head injuries, concussions, and CTE. But to use that gap in our knowledge—a gap partially created by the reams of junk science produced by the NFL, as the New York Times reported—to defend contact sports is lying at worst and irresponsible at best.

McCrory at one point declares that the four percent rate of CTE found in NFL players means “The other way to look at it is 96 percent don’t get it.”

Then, Dr. McCrory, what is the acceptable rate of CTE in NFL players? In AFL players? How many players have to die of this disease before it is OK for “the media” to talk about it? How many kids have to be signed up to take hundreds of blows to the head per year before we consider that, just maybe, these games shouldn’t be played in our public schools?

McCrory’s alliances are clear. His first concern is that sports like his precious AFL are not “demonised” by coverage. The long-term health of the players he treats in the AFL and in contact sports around the world comes second. His views are pernicious because he’s telling people exactly what they want to hear, that the games they love and want to continue playing are safe. Men like him want us to forget all about it and get on with our lives.

And that is exactly why the media McCrory rails so hard against has such a critical responsibility to maintain the “carry on and hoo-ha” on this issue.