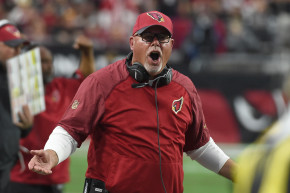 Bruce Arians And The War On Moms
By Robert Silverman

Bruce Arians And The War On Moms 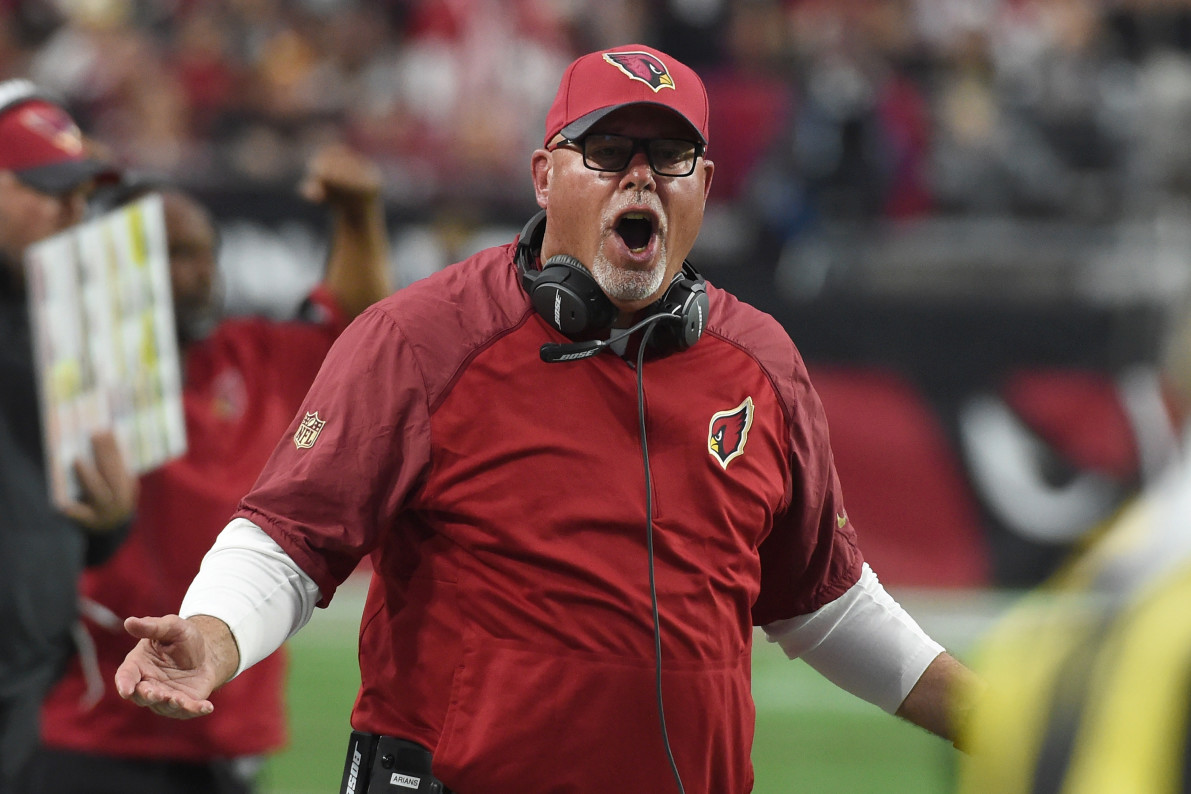 One of the brave heroes fighting on the front lines in the War on Football™ has identified his chief target: moms.

The Arizona Cardinals’ Kangol-fancying head coach Bruce Arians spilled the beans during a coaching clinic in Tempe. “We feel like this is our sport. It’s being attacked, and we got to stop it at the grassroots,” Arians told the assembled group of high school coaches. “It’s the best game that’s ever been fucking invented, and we got to make sure that moms get the message, because that’s who’s afraid of our game right now. It’s not dads, it’s moms.”

Sunday’s rant follows hard on the heels of Arians’ interview with Peter King in March, in which he grumped, “People that say, ‘I won’t let my son play [football]’ are fools.”

Why are they fools? Because all of this fretting about concussions has gotten totally blown out of proportion and “statistics can prove anything,” Arians said. “You can find all the statistics you want if you want to crucify something.”

More to the point, Arians believes that football’s level of violence is absolutely necessary, should we have any hope of molding the next generation. “I think it teaches more values than any other game that you play,” Arians said. “Toughness. Get up and fight. When you have things that happen in your life that aren’t gonna be good, if you play football, you know how to handle them.”

But wouldn’t literally any other sport serve this purpose just as well? For Arians, the answer was and is no.

“It doesn’t necessarily equate in track and other things,” he continued. “Individual sports and some other team sports that aren’t the same because they’re not as physical. And you don’t grow as a man or woman if you play the game, like you should in other sports.”

After Arians’ declaration of a War on Moms was made public, he took to Twitter to clarify his comments.

Just to clear up any misinterpretations, this is my view about football and moms pic.twitter.com/67zGKRyXiK

So, it’s not that Arians meant to suggest that mothers—and by extension, women—are too girly to understand how freaking awesome football is; it’s that they specifically need to get the message that the football world is doing everything in its power to make it as safe as possible.

Thing is, there’s a growing list of high profile dads-in-name-only who won’t let their sons play football either. LeBron James told ESPN, “It’s a safety thing. As a parent you protect your kids as much as possible.” A slew of ex-NFL players have also promised that their sons won’t follow in their path, including Adrian Peterson, Troy Aikman, Terry Bradshaw, Brett Favre, and more. And the leader of the free world, if he did have a son, wouldn’t want him to turn pro, comparing football to his own pernicious habit.

The NFL has been hip to the concerns of moms for a while now. Way back when Dr. Bennet Omalu was first trying to get the league to deal with its brain trauma crisis, an NFL-connected doctor warned him about the “implications” of his research, telling him, “if 10 percent of mothers in this country would begin to perceive football as a dangerous sport, that is the end of football,” according to Omalu.

It’s worth noting that when he tried to do damage control, Arians dove headfirst into what appears to be the league’s current approved taking point: safety. Unsurprisingly, this has led led to the creation of an entire concussion-industrial complex replete with newfangled technological marvels that, buzzword-laden press releases notwithstanding, do little to solve the core problem: there doesn’t seem to be any way to make football safe.

Well, there is one possible way, but it’d mean radically reconfiguring the entire sport, namely getting rid of helmets and most of the linemen. It’s hard to say, though, if this version of the game would satisfy Arians’ belief in the merits of trial by combat.

But Arians is right about one thing: though it’s plateaued over the last three years, participation in youth football has seen a steady decline as more and more people learn about the game’s inherent dangers and both pros and college-level athletes decide to hang up their cleats before their gray matter is pounded into rotten guacamole. Further, according to numerous polls, the number of parents that won’t let their children heave the ol’ pigskin ranges between 30 and 40 percent.

So, I’m sorry to have to tell you this, Bruce but moms aren’t the enemy here. The real threat is the growing body of scientific research, and veering right to the edge of MRA-infused nonsense about the wussification of the NFL can’t change that.