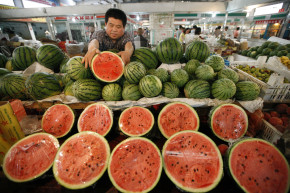 BuzzFeed May Have Just Cost The Economy $8.7M In Lost Productivity
By Allee Manning

BuzzFeed May Have Just Cost The Economy $8.7M In Lost Productivity

Hope you're proud of yourselves, internet garbage humans 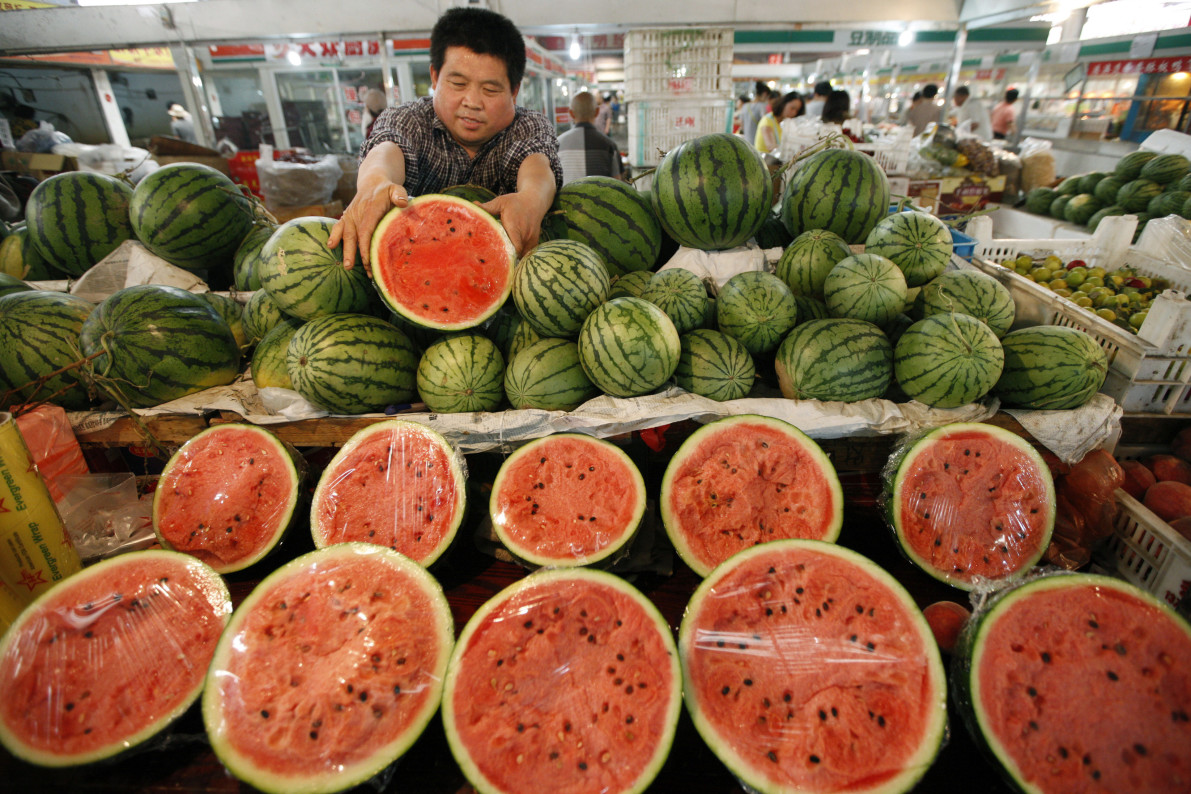 Friday, April 8, 2016, is a day that will live on in infamy, for it’s the day that over 5 million people tuned in to watch BuzzFeed employees explode a watermelon with over 550 rubber bands. One rubber band at a time. For 45 minutes. It’s end times, people.

The full video fell just short of 45 minutes, and if you ascribe, say, five minutes of watchtime to each viewer, and work out the math, that’s still more than 416,000 collective hours spent watching two millennials in boiler suits putting elastic bands on a piece of fruit. If you take the average hourly wage of $20.90, and apply that to the people behind those 5 million sets of eyeballs at five minutes each, BuzzFeed may have just robbed the economy of $8.7million dollars.

Of course, there are caveats, because this is some pretty slapshod back-of-the-envelope math about a phenomenon that may mean everything or nothing, depending on your perspective. The viewer numbers are still ticking upwards, and until BuzzFeed posts the inevitable “blue dress postmortem” case study, we won’t know the true totals.

Also, is five minutes spent watching a watermelon challenge actually bad for productivity? Who knows? Maybe it’s the mental health break you need on a Friday afternoon to punch upwards out of the day and through the glass ceiling to a better life. Maybe it’ll go the other way, and thousands just quit their jobs after they saw the video, knowing that humanity had reached its apex, all effort is wasted and that we’re all going to slide inexorably into the pit of hell pretty rapidly hereafter. And maybe we shouldn’t be ascribing the average productive wage to people who willingly spend 45 minutes watching a video of a watermelon.

Deemed “the future of TV,” even though it’s straight-up robbed from a Jimmy Fallon bit from September 2015, the watermelon stream was viewed by over 800,000 viewers at exact moment of the “explosion” and predictably lit up Twitter. In an interview with CNBC, BuzzFeed head of video Jeremy Briggs said that the spectacle “outperformed anything I’d previously thought possible,” meaning that BuzzFeed—I mean come on, I don’t know what any of this this means, if anything means anything any more. “It’s very exciting,” Briggs said.

Congratulations, fellow millennials. You have taken the unheralded, sanitized art of Jimmy Fallon and translated it for the internet age by… doing it exactly the same way, only cheaper, on the internet. Everything’s going to be just fine.